Highclere Castle Spirits, a Connecticut-based partnership of Adam von Gootkin and George Herbert, the eighth Earl of Carnarvon, is releasing a barrel-aged edition of its popular gin for the holiday season.

The release, which is limited to 2000 cases, is packaged in a gold bottle with an Egyptian motif to commemorate the 100th anniversary of the discovery Tutankhamun’s tomb by archeologist Howard Carter and the fifth earl.

Von Gootkin said the release, which blends equal parts of Highclere gin aged in Armagnac, Scotch and new American oak barrels, is the product of two years of work.

The result is an easy drinking gin, with a distinctive nose of ginger and nutmeg, and orange and juniper giving way to coconut on the palate.

“Because Highclere is so citrus forward, my theory was that we could kind of get what I call ‘toasted orange brûléed, which is really what I was kind of going after,” said von Gootkin.

The serendipitous purchase by WhistlePig founder Raj Bhakta of a chateau and barrels of Armagnac dating back to 1868 provided a ready source of barrels for the project.  Von Gootkin describes the whiskey wunderkind as a friend and investor.

“I was able to get a whole pile of these Armagnac barrels, where the Armagnac had just been dumped, many of them are over 50 years old — the Armagnac’s been sleeping,” said von Gootkin. “So, we got those first because I thought an Armagnac kind of touch, whisper kiss to it, would help. Then we got the same for Scottish casks — spent Scotch barrels — and the new American oak barrels, something that you might age bourbon in.”

In his characteristic over-the-top way of doing things, von Gootkin enlisted two Egyptologists John and Colleen Darnell to help him with the bottle design, including a rough approximation of “Highclere Castle” in hieroglyphics.

At home, we rather liked the barrel-aged gin in a three-to-one martini with Dolin dry vermouth and an olive, which was spicy and uncommonly smooth. Or you could take your cues from von Gootkin, who suggests a Negroni as they mix it at Annabel’s in London.

Stirred with ice and poured over ice block. Garnished with orange zest.

Von Gootkin has also partnered with Nicholas Melillo, owner of Ellington-based Foundation Cigars, a highly-regarded cigar maker to create a Highclere Castle Senetjer in a handcrafted box in the style of an ancient Egyptian archeological find.

“By choosing this, in a way, we chose a very kind of typical and understated packaging format,” said von Gootkin. “So, think about Indiana Jones and the Last Crusade, like the Grail cup was just a very simple cup and amidst all of this kind of flashy stuff, so we chose this.”

Von Gootkin said the precise origin and ratio of the tobaccos is a secret, but that it as the most full-bodied of his collaborations with Melillo.

“It’s intense. It’s impressive. It is it is there to be to have presence in the room. And I wanted to kind of command presence even amongst other cigars. So, if you’re in a cigar lounge, you know my vision with this cigar is that it will it pop through the noise of the other cigars.” 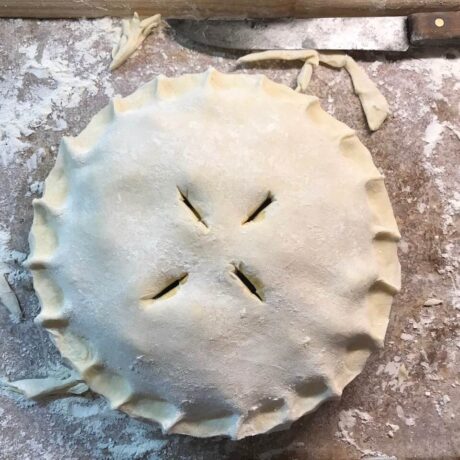 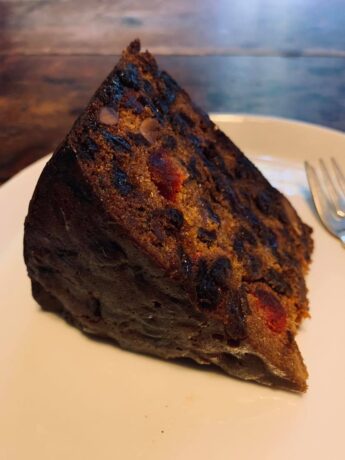