It’s an ancient game loved for its simplicity, friendly competition, and openness to all.

It has been documented in a painting found inside an Egyptian tomb dating to 5200 B.C., though it may have been around before that.

The game appears to have spread from Egypt to Palestine and Asia Minor, where it was picked up by the Greeks then passed to the Romans, who embraced it.

In modern times, it is played around the world but is most associated with Italians, who brought it with them to the United States when they came in waves more than a century ago.

It’s bocce, plural for boccia, which in Italian means ball.

In cities with large Italian-American populations, such as Stamford and Norwalk, bocce courts were focal points of the social clubs where immigrants met to help each other navigate the ways of their new country. Many families built bocce courts in their backyards.

The 71-year-old Stamford Bocce League, however, has an unusual agreement with the city. For five decades, officials have allowed the league to play in a public park, Scalzi.

The city and the league have a contract that spells out who has which responsibilities for maintaining the eight lighted courts built near the park entrance on Bridge Street.

They are the city’s only public bocce courts.

But the wooden boards that frame the courts are badly deteriorated, and the league’s contract with the city expires Oct. 31.

An effort to keep bocce on the courts in Stamford, though, appears to be underway.

The games “are a Stamford institution,” said city Rep. Carmine Tomas, who brought the matter before the Board of Representatives’ Parks and Recreation Committee at its Oct. 27 meeting. “We want to see what plans the city may have to get the courts repaired.”

“We tried replacing some of the boards, but there’s nothing for the screws to hold onto,” Iorfino said. “It’s a little too late. They’re just not going to hold.”

“The current conditions are deplorable,” Murray told the committee, and the courts now “are a liability.”

It will cost $125,000 to replace them at regulation size, which would allow the league to hold tournaments, Murray said.

Iorfino said tournament players will compete only on courts that are regulation size, and there are no such courts in the tri-state area.

“Bocce players travel all over the U.S. for tournaments – Vegas, California, Chicago, upstate New York,” he told the committee. “If we make our courts regulation size, we could start bringing some of those tournaments here. People will fly in for a weekend, stay in our hotels and visit our restaurants and bars. The city can collect a permit fee.”

Murray and his boss, Director of Operations Matt Quinones, said they will request the repair money in their 2023-24 capital budget, which they are beginning to prepare now.

“This is definitely something we see as an opportunity for the community,” Quinones said.

Repairing the courts can “drive more participation in bocce … interest in the sport is still extremely strong and the league is a long-standing partner,” Quinones said.

“We are prioritizing this because of the community support,” he said.

On spring and summer nights, the courts are full of players who meet after a day’s work to toss bocce onto the clay under the lights, trying to score points by coming as close as possible to the smaller target ball, the pallino.

Most of the teams are from Stamford, though there are a few from Norwalk, and Yonkers and New Rochelle in New York, Iorfino said. Members “are mostly Italian, but it’s a mix,” he said.

A team with a Spanish name, Los Guapos, has members who are “mostly Irish and Italian,” Iorfino said. Roughly translated, the name means “the handsome ones.”

This year’s team roster featured the High Rollers and the Hazz Binz. One team called themselves the Bocce Boys, and another Fratelli Di Bocce, which in Italian means bocce brothers.

There are usually 32 teams in the men’s division and 16 in the women’s division, though the numbers have been lower in an effort to keep distance between players during the COVID-19 pandemic, Iorfino said.

The game has survived for thousands of years because it requires only bocce, a pallino and a clay court; anyone can play; and fraternizing is a main component, Iorfino said.

“There are seven people on a team, but only four play at a time. The rest walk around and socialize with people on the other teams,” he said. “We get family members and friends as spectators, but we also get quite a few spectators from people just walking through the park. They stop to watch. They ask us about the rules. We say, ‘Here’s a few balls. Jump in.’”

There’s cheering, there’s jeering, there’s laughing and teasing. There’s also competitiveness, which becomes evident when bocce get so near the pallino that the only way to determine which one is closer is to pull out the tape measures, Iorfino said.

“A person on one team measures it, but then a person from another team has to double-check. We do get an occasional outburst,” Iorfino said. “But there is a camaraderie. You show up as friends, you argue, and you walk away as friends again.”

City Rep. Cara Gilbride said she lives half a mile from Scalzi Park and “on a summer night I can hear the cheers” from the bocce courts. Gilbride suggested that the Parks and Recreation Committee hold a public hearing before investing in new courts and consider planting trees or some other sort of soundproofing.

The committee agreed to monitor the capital budget as it makes its way through the Planning Board and other bodies, and revisit the capital request as decisions are made.

“All of the Stamford residents who are diehard bocce players and fans are excited that we are discussing this,” Tomas told the committee. 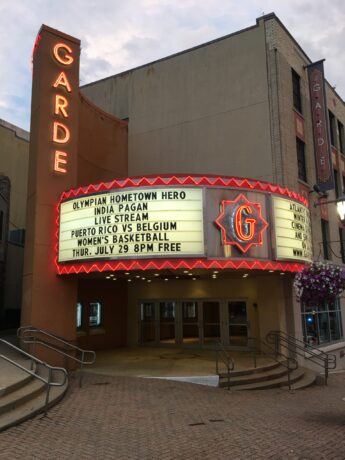 All the Way from Tokyo, Olympian Honors Her New London Roots 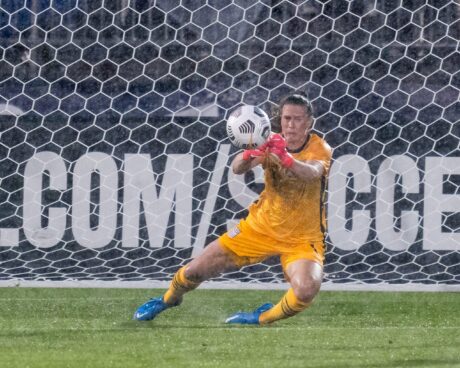 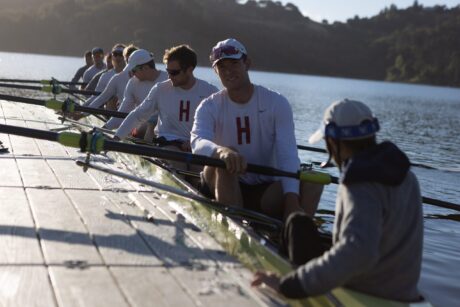 Hack, Corrigan Head to a Tokyo Olympics ‘More Focused on the Competition’