In case you didn’t know, an audit of the Connecticut Port Authority for fiscal years ending in 2018 and 2019 was released on October 31 — a Thursday.

The timing was not a surprise – give or take a day – after State Comptroller Kevin Lembo (who has come across pretty darn well in this whole mess) gave the CPA just three days – until Friday, November 1 — to explain why the authority had failed to release accurate financials to his office.  The “incomplete” accounting of expenditures  – among other failings – were acknowledged in an October 18 letter from acting CPA chair David Kooris to the legislature’s Transportation Committee.

What was a surprise, was that as we all waited for the audit to be released (that Friday), the editorial board for The Day chose to weigh in on the elections in Old Lyme on Wednesday.

I won’t editorialize about the audit. You can find our news coverage, here. But I’d encourage you to read coverage in various other papers in the region.

Julia Bergman, whose coverage of the CPA has been quite good, has one of the best scoops in her Thursday story, Connecticut Port Authority audit shows skyrocketing spending:

Auditor John Geragosian said by phone Thursday that his office is still reviewing a whistleblower complaint received earlier in the year alleging mismanagement and misuse of funds at the port authority and that he expected to refer it to Attorney General William Tong in the ‘near future.’

What sounds like a criminal referral to the Attorney General is a very big deal – we still don’t know the nature of the complaint, or the identity of the whistleblower, but don’t assume it’s fired office manager Gerri Lewis.

The Hartford Courant went with the flashier, The Connecticut Port Authority spent thousands of taxpayer money on food, booze and lodging. State auditors want to know why, over Stephen Singer’s reporting.

“What was happening at the Port Authority under the prior management was inexcusable and below what we should expect from an entity such as this,” Lamont said. “My office has worked and will continue to work to ensure the Port Authority is accountable and that measures are in place to make that happens.”

I think it’s fair to say that no one has done more to break this story than David Collins, who certainly has earned any time off, but he takes a quick poke at what he describes as “the swampish Democratic denizens of the Connecticut Port Authority”.

Notwithstanding Julia Bergman’s reporting… over the next weeks it may turn out that CT Examiner reported the most significant slice of news tucked into the auditor’s report:

I have to admit, it’s the first time I’ve ever heard of a payment made in the midst of negotiations, and prior to a signed agreement. On Friday, I requested the written agreement governing those “contributions,” and I’ll let you know when I have it in hand. In the meantime, a few questions… 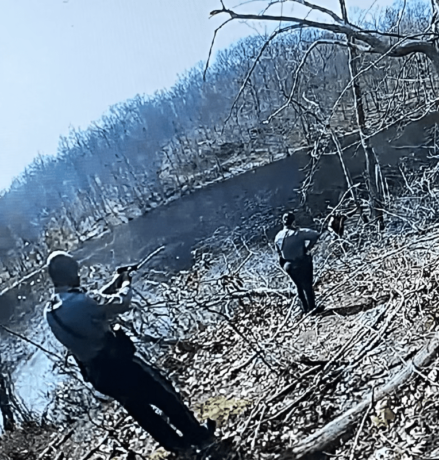