STAMFORD — The school district administration is requesting a four percent increase in the budget for next year – a proposal that will largely delay addressing the impending “fiscal cliff” that the district expects to see when the federal coronavirus relief funding runs out in September 2024.

The budget proposes using $10.6 million the district received from the federal government coronavirus relief funds to pay for the salaries of approximately 121 full-time positions next year.

According to budget documents, if the district had decided to transfer the salaries that the federal dollars are funding to the operating budget this year, the necessary budget increase would have been nearly 7 percent.

“Even though we knew that funding positions with short-term grants was not ideal, our students and families needed the support provided by our parent facilitators, our technology specialists, kindergarten power educators, social workers, security staff, and others,” Ryan Fealey, the district’s finance director, said during a meeting with parents on Thursday.

The 2023-24 proposed budget does include staffing changes — it will eliminate about 14 elementary teachers based on enrollment but will increase the number of teachers assigned to special education and English language learners — groups that represent a growing percentage of Stamford’s student population.

The total requested budget increase for next year is about $12 million, bringing the total budget to about $313.9 million. In addition to yearly wage bumps for teachers and staff, the increase is largely driven by a 10.5 percent increase in healthcare costs and the rising prices of heat and electricity. The district is also adding funds that will go toward the district curriculum audit, and additional costs in special education outplacements.

Enrollment projections predict fewer elementary school and middle school students, but an increase in the high schools, leading to a net enrollment increase of about 130 students.

During the meeting on Thursday night, Fealey said that the Board of Representatives and the Board of Finance have regularly cut the Board of Education’s budget requests by about half. He said that the lack of funding has meant that the district has less funding that could be put toward additional resources for students or facilities upgrades.

“The last two years have created a significant gap between our funding and the cost of goods and services,” Fealey said.

He warned that the current budget proposal simply maintains the programs they already have, meaning that reductions would mean cuts to those programs.

“I don’t think that anyone thinks that [the students] need less. I think everyone agrees that our students and staff need more, especially after what’s happened the last several years,” said Fealey.

Fealey added that the district expects that next year, the budget will need to increase 6.7 percent. He said that, had the city approved the funding to bring the positions into the operating budget gradually, as the district had wanted to do, the district wouldn’t be facing a fiscal cliff next year.

Superintendent Tamu Lucero said the district was in the process of looking at a “master staffing plan,” going to each school building and asking the staff what was necessary for them to operate each building.

“We need to look at these [federally funded] positions not in isolation, not just because they happen to be funded by grants, but in the whole picture of what do we need to run our schools,” said Lucero.

The Board of Education finance committee will review the budget in a meeting on Tuesday, January 17 at 7 p.m. 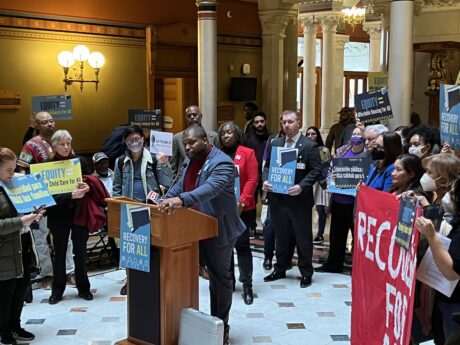 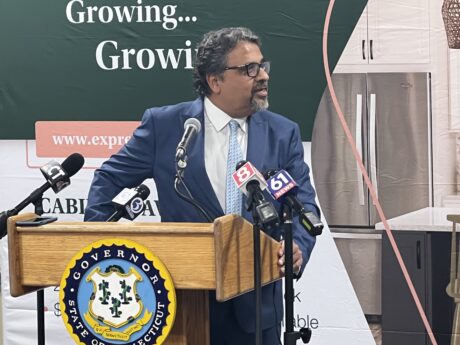