Parking easily could have been a problem at Fine Fettle’s Stamford shop on the first day marijuana was sold to recreational users.

Instead, the constant traffic moved quickly in the small parking lot on Research Drive, a narrow, curving street in a heavily congested industrial park. It was true for the morning and lunchtime crowds.

The reason was that customers had to place their orders online and make an appointment for a pick-up time, said Ben Zachs, chief operating officer for Fine Fettle’s Connecticut operations.

“Stamford is our toughest location because it has the least parking,” Zachs said an hour after the 10 a.m. opening. “But we’re very happy with how this is going.”

Fine Fettle shops in Stamford, Newington and Willimantic previously dispensed marijuana only for medical use, as did four others that now sell to recreational customers – Affinity in New Haven, RISE in Branford, The Botanist in Montville, and Zen Leaf in Meriden.

Two other shops, Still River Wellness in Torrington and The Botanist in Danbury, are set to begin adult-use sales in the coming months.

As the company with the most shops licensed to sell marijuana to adult recreational users, Fine Fettle is setting the tone for the industry, Zachs said.

“A lot of towns and zoning boards have their eyes on us today,” he said. “The worst thing we could do for the industry would be to have people waiting in long lines.”

“This is the way to do it, with an expeditious, efficient customer experience,” Ravelson said. “Customers are the priority; it’s important that they are not standing outside in the cold.”

Parking is equally important, Zachs said. Stamford zoning officials were so concerned about limited parking space in Research Park that they asked for an update one week after the shop opened to recreational users, and a second update a week after that, Zachs said.

Research Park neighbors also were concerned. Employees of the company next door, Northeast Electric, placed a sign at the edge of their parking lot that read, “No cannabis or Fine Fettle parking allowed. Parking for Northeast Electric only.”

To manage the small number of spaces outside the shop, Fine Fettle hired LAZ Parking. Attendants Tuesday were busy directing traffic in the lot and guiding cars into spaces.

Once they parked, customers were in and out of the shop quickly. Eight people were allowed in at a time, Zachs said.

“We blocked out 7 minutes per transaction, but we’ve been able to get people in and out in 3 minutes,” he said.

Stamford officials were concerned about customer and vehicle traffic because the Stamford shop is the only one in populous Fairfield County open for recreational sales, and it’s near the New York border. That state legalized marijuana sales for recreational users but so far most of the shops are in New York City.

A good number of the morning customers were from New York, Zachs said.

Customers Tuesday were reluctant to give their names.

One man leaving the shop with his purchase stopped at a table where two Fine Fettle greeters had placed boxes of doughnuts.

“Quick service and a doughnut?” the man said, taking one from a box. “Thanks!”

A woman pulling out of the parking lot in her SUV said she’s glad there’s a pot shop not far from her home in Norwalk.

“Buying it here was easy,” she said.

A medical patient and Fine Fettle regular said he’s usually in and out of the shop in 5 minutes. It took 10 minutes Tuesday “but it was fine, and it’s probably just today,” he said.

As a medical patient, he’s allowed to purchase up to 5 ounces of marijuana per month, but the state limits recreational sales to 1/4 ounce of cannabis flower, or the equivalent, per transaction. It means customers can buy up to seven pre-rolled, 1-gram joints at a time.

Recreational customers may purchase up to four vape cartridges, but the state does not allow sale of capsules, pills and tablets, and edibles cannot exceed 5 milligrams of Tetrahydrocannabinol, or THC, the substance that produces the “high” associated with cannabis consumption.

Edibles will be sold as they become available, Zachs said.

By state regulation, gummies must be spheres or cubes – no animal shapes that appeal to children – and must come in plain white packaging with a warning label.

Marijuana products are taxed a total of about 20 percent, similar to the rate in other states. It includes the 6.35 percent Connecticut sales tax, a 3 percent tax that goes to the municipality, and a tax based on THC content that ranges from 10 percent to 15 percent of the total price. Medical marijuana is not taxed.

The state allows each shop to decide whether it will make deliveries to customers. Zachs said Fine Fettle will contract with a delivery service company once the state licenses them.

“The aspect of the social equity partner is important, and a great way for us to handle deliveries,” Zachs said. “Delivery is not our core competency. Our core competency is efficient handling of the point of sale.”

State lawmakers added a social equity aspect to marijuana laws, focusing on neighborhoods that were most affected by the war on drugs. The laws expunge past crimes related to marijuana, reserve half the marijuana business licenses for residents of the affected neighborhoods, and dedicate more than half of the revenue from marijuana sales to a fund that will invest in the neighborhoods.

Gov. Ned Lamont issued a statement Tuesday saying that the medical marijuana market will continue to serve nearly 50,000 patients in the state at the same time that the “new industry is expected to bring hundreds of new, good-paying jobs to Connecticut as businesses continue to open and expand.”

In a 2020 report, the Connecticut Center for Economic Analysis estimated that, in the first five years of legal sales, the recreational marijuana industry will generate up to $669 million in direct tax revenue and up to $200 million more in revenue from indirect activities.

The report estimated that the recreational marijuana industry will create or preserve 5,700 to 7,400 jobs in the first year, and 10,400 to 17,500 jobs in year five. The numbers include new jobs, jobs in related industries, and “preserved” jobs that would otherwise be lost to a weaker economy.

The United Food and Commercial Workers Union, which represents tens of thousands of marijuana workers nationwide, sent a message to Connecticut workers Tuesday in a statement. Union officials have signed agreements with multiple operators in Connecticut, according to the statement.

Ron Petronella, president of UFCW Local 371, said recreational marijuana workers in the state “now have the opportunity to form their union under the protection of a Labor Peace Agreement.”

Mark Espinosa, president of UFCW Local 919, said the UFCW “is committed to ensuring that all marijuana workers have a voice on the job, are paid a living wage, and have pathways to advancement.”

Marijuana workers have jobs in dispensaries, labs, delivery, kitchens, manufacturing, processing and grow facilities, according to the statement. 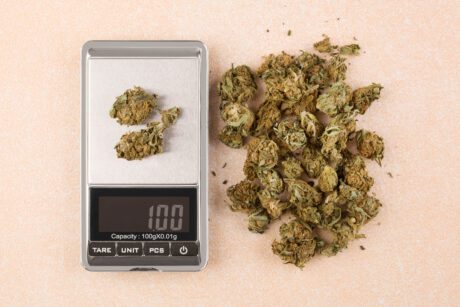 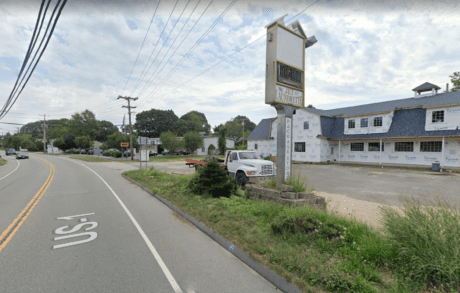