Housing is a basic human need, but unlike food or healthcare, not everyone who needs assistance gets it. Housing policy is a fundamental prerogative of the state. There is little question the state has a legitimate interest in seeing its citizens adequately housed, and likewise that localities are not using their zoning powers to exclude the construction of lower-cost housing units. Unfortunately, the state’s current housing policy — including the Affordable Housing Land Use Appeals Act (8-30g) — fails to properly address either of these concerns. Our housing policy in general, and 8-30g in particular, suffers from five fundamental flaws.

First, it subsidizes housing units instead of individuals. It is now clear, based on thorough research from many land-use scholars, that providing a housing benefit by subsidizing individuals through Housing Choice Vouchers (or first-time homebuyer mortgage assistance) is far superior than subsidizing housing units via the complex Low-Income Housing Tax Credit (LIHTC) or placing an indirect tax on housing and market-rate renters by forcing developers to provide below-market-rate units via 8-30g or inclusionary zoning.

Robert Ellickson, in his book America’s Frozen Neighborhoods, argued unequivocally against subsidized project-based assistance in favor of Housing Choice Vouchers used in conjunction with the liberalization of lower cost market-rate housing construction. He states that with project-based housing assistance, “the horizontal inequity is manifest.” Households living in a very expensive “affordable” unit (22:30 mark) are no different, or more deserving, than those on a waiting list receiving no benefit at all. Better to use scarce housing funds to provide everyone in-need a voucher. He also cited the high cost of subsidized building projects, lack of mobility to pursue opportunities with a project-based housing benefit, and the fact that “vouchers enable quiet integration.” Additionally, lack of oversight in managing housing inventory and potential fraud have been perennial problems with project-based housing assistance.

Urbanist Alain Bertaud explains in his book Order Without Design that trying to “build affordable housing below market” is simply “not serious,” and that inclusionary zoning (e.g. 8-30g) is just another “stage in the long quest for a costless solution to affordable housing” and is nothing more than a “free-lunch strategy.” He goes on to state the better approach is to increase the availability of “housing which is affordable at market price.”

Additionally, as urban economist Jenny Shuetz pointed out in her book Fixer Upper, housing for people of lower-income is not a housing problem per se, but an income problem, to which the best solution is simply to “give poor people money.” However,  the Housing Choice Voucher program needs reform; many vouchers end up going unused. The system needs to be less complex and bureaucratic for both beneficiaries and small landlords. It has also been shown that counseling greatly improves the effectiveness of the program.

At a press conference a few years ago Mayor Bronin lamented that “citywide, 39% of the housing in Hartford is reserved for the poor”. He intended this to be a criticism of suburbs for not doing their “Fair Share.” But, in fact, misguided federal policy subsidizing the construction of public housing projects, instead of assisting individuals, was far more to blame than any exclusionary suburb.

Giving every individual who needs housing assistance a direct benefit is the right thing to do. It affords them the agency and autonomy to lead their lives as they see fit. Being stuck on a waiting list or trapped in a subsidized unit in an undesirable location are poor substitutes.

These critiques of project-based assistance should give lawmakers pause over the proposed “Fair Share” law and any proposal to expand housing authority jurisdiction. These schemes will only push us further down the wrong path. As land-use scholar Roderick Hills warns in his article Saving Mount Laurel?:

“The basic difficulty with all such theories (Fair Share) is that they attempt to assign to judges and bureaucrats the task of siting units in particular jurisdictions, a function normally left to housing markets. Such a task requires enormous amounts of information that courts and agencies cannot easily collect or assess.”

Second, it is anti-city. 8-30g draws scarce development dollars away from our urban areas to the suburbs. Cities contain a sizable proportion of our water and sewered land, job centers, civic institutions, and transportation nodes. We should be facilitating development to build on these assets, as it makes perfect economic and environmental sense. At one point, the Lamont administration proposed doubling the population of our cities. That was smart policy. Our cities have plenty of room to grow, there is no shortage of big parking lots and brownfields. By one estimate, up to seventy percent of New Haven’s land is “economically unproductive” and the city of Waterbury reports that it has 6,800 vacant housing units. The Desegregate CT Zoning Atlas reveals a surprisingly large amount of city land zoned at densities low enough to discourage market-rate redevelopment. This is unfortunate considering that most of our cities are “characterized by an aged housing stock.” Also, some of the biggest opportunities for quality mixed-use redevelopment are the shabby retail/ general business commercial strips, both urban and suburban.

There is no scenario where we can truly desegregate Connecticut without attracting higher-income households back to our urban areas. The reality is that only a relatively small proportion of urban households will be able to Move to Opportunity. Moving everyone out of our cities is simply not an option. Giving existing residents home-ownership opportunities-in the neighborhoods where they choose to live-as we re-develop our cities, would be far more preferable than a subsidized rental that has no equity-building potential. If we are willing to pay their rent, why not help some with a mortgage? Coby Lefkowitz succinctly states in his comprehensive piece America’s Affordable Housing Problem:

“Historically, these opportunity studies have focused on the movement of low income families to wealthier neighborhoods. But why couldn’t similar benefits accrue the other way around? Indeed, they absolutely can. We can still reduce segregation, improve access to opportunity, life outcomes, and the quality of life for existing residents, and we don’t have to force them from their existing neighborhoods if they don’t want to move. So long as existing residents are allowed to take part in the positive change of their communities, this program should be embraced!”

The state needs to enact or assist with strong pro-city reforms, most importantly, public education. “Schooling represents the single largest failure of America’s cities, and perhaps the largest failure of American society.” It is time to recognize that the current school district system in high-density urban areas is an anachronism. If our cities are to be truly great, they need to offer every child a myriad of educational opportunities. Of course, zoning, public safety, entrepreneurship, occupational licensing, and fiscal reforms all need to be addressed as well.

Third, it fails to recognize that homeowners have legitimately relied on zoning to protect the character of their distinct homogenous single-family neighborhoods. We should give those neighborhoods, as opposed to the broad single-family zone, as city planner Nolan Gray suggested, the option of keeping their existing zoning as a time-limited deed restriction (with the exception that Accessory Dwelling Units should be allowed as-of-right). The interstitial space between neighborhoods in the single-family zone will allow ample opportunity to build lower-cost housing that still respects the character of the community. Plus, in areas of older housing stock, homeowners will welcome the extra value redevelopment opportunities present.

Fourth, it is implemented using arbitrary definitions and thresholds. 8-30g only considers housing that is deed-restricted or publicly owned as “affordable housing”, ignoring market-rate housing that is naturally affordable. This flawed definition of affordable housing makes meeting the 10% exemption threshold a virtual impossibility for most municipalities. It is not surprising that after 30 years of 8-30g there are fewer exempt communities now than in 1989 when the law was adopted. No question, 8-30g has led to the construction of affordable housing that would not have been built otherwise, but the lack of progress in a key metric indicates a flawed policy that needs to be reformed.

Fifth, it is completely untethered to any fundamental design principles. This is unacceptable. It has become clear that developers have lost all restraint, judging from the recently proposed massive five-story, 102 unit, 8-30g project situated in a single-family neighborhood at 751 Weed Street in New Canaan. The Rubicon has been crossed; developers will no longer make any concession to character, scale, or beauty. We don’t have to accept this; we know how to build beautiful places. There is no reason every new development or redevelopment project in our cities, towns, and villages shouldn’t be capable of inspiring “joy, love, and wonder,” instead of vitriol.

The state needs to adopt one simple principle; it should grant the presumption of validity to new lower-cost, market-rate housing, that is built in accordance with objective, locally appropriate design principles. There should be no requirement to provide below-market-units. I believe this principle would best be implemented by Form-Based Codes (FBC). The Council of Governments are in the best position to develop FBC templates for the different neighborhood typologies found regionally. These templates would then be adapted and implemented locally. The state should offer a compromise to exempt any municipality from the current 8-30g law that implements pro-housing FBC. The state will also need to provide technical and financial assistance to help with community engagement, planning and code implementation, and infrastructure.

Now is the time to unleash the swarm of small builders (who are essentially excluded from the current 8-30g law), working from a pattern book of timeless design principles, to build beautiful places and the lower-cost housing we need. Over time many older units will filter down and become naturally affordable. No question this will be a gradual, incremental, and iterative process, but it is the most equitable way forward, instead of just enabling big developers to exploit the current 8-30g law and operate at will.

Affordable housing is a critical issue and there are truths and errors on both sides of the debate. Unfortunately, we are talking past one another trying to reach what I believe is a common goal, that access to adequate housing is both a moral and economic imperative. 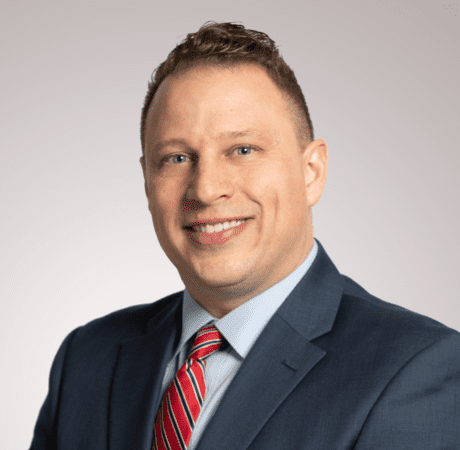 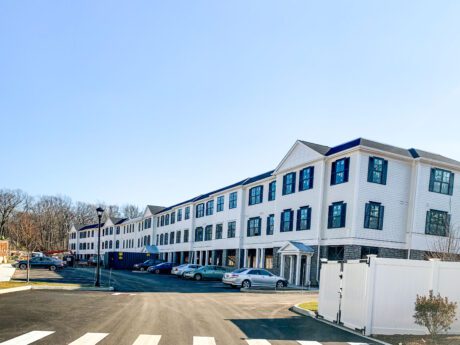 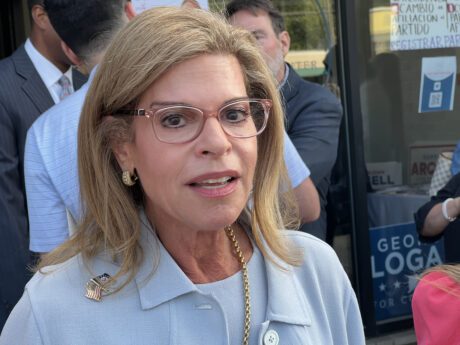