CHESTER – Local officials have begun researching alternatives to the town’s nearly 200-year-old framework for municipal governance in response to a lack of volunteers needed to staff leadership posts, board and commissions.

The Board of Selectmen charged a seven-member Governance Study Committee with investigating solutions over the next 60 days and presenting their findings to the board.

Jon Joslow, co-chair of the new committee, told CT Examiner that Chester had numerous vacancies on boards and committees stemming from a drop in community engagement, and tha the shortfalls were reducing the ability of the town to operate efficiently.

“We don’t have enough people to have the town operate as efficiently as it would if it was staffed appropriately,” Joslow said.

Joslow said that in the past, most residents worked locally and had time to participate in government. But now that residents worked across the state, he said, many were unable to volunteer and attend meetings.

“It’s not the same way as it was 30, 40 years ago. People just don’t have the bandwidth, but they want to help,” Joslow explained. “So, maybe you have to change the way people engage to maintain their town’s beauty.”

Earlier this year, Chester’s Economic Development Commission began a community volunteerism initiative to help encourage public engagement, but Joslow said the town had been considering the idea of adopting a new model of government for more than 35 years.

Joslow said that officials were still comfortable with the way the town currently operates under state statute, but that it may be time for a change.

“When you have incumbents and you have entrenchment, it’s hard to take a step back and say, ‘if we were creating Chester today, what kind of governance structure would we have?’” Joslow said.

Joslow added that two of the three current selectmen may not seek reelection, accelerating the need to consider other options before the next election in November 2023.

During the meeting, committee members discussed their findings thus far. Richard Strauss, leader of the first subcommittee, said that 60 percent of towns in Connecticut operate under a selectmen or town meeting model of government. Two-third of towns operate under a charter, and the other third under state statute.

Joslow told CT Examiner that the study committee would present their findings to the Board of Selectmen in February, and may draft suggested next steps for the board to consider, but would not propose any specific alternatives.

“Hopefully, [our findings] will add a lot of value and help get the town engaged in this discussion that has never taken place at this level of visibility in the town,” Joslow said.

He said that while the committee is not formally accepting public comments, if the town’s selectmen decide to adopt a new model, Chester residents would have the opportunity to comment and ultimately vote on the change.

“This is really a study committee to understand the options,” Joslow said. “It’s not here to make recommendations about forming a charter commission.” 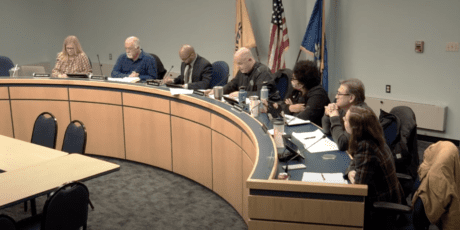