HARTFORD – Lawmakers approved a plan to phase in the 25-cent tax on gasoline, reduce the amount of payments to essential workers earning more than $50,000, and boost funding for an energy assistance program that has had its federal support cut this year.

Democratic lawmakers said the moves were a bridge to the regular session in January, where they’ll have more time to address deeper issues behind the high cost of electricity in Connecticut, and will be able to re-evaluate the gas tax holiday.

Republican leadership, while supporting the moves, said the ideas came months after they first proposed them, and didn’t go far enough to help Connecticut residents with rising costs.

After Comptroller-elect Sean Scanlon said promised $1,000 bonus checks for essential workers who worked certain jobs through the COVID-19 pandemic would amount to about $230 each for workers who earned less than $100,000 a year – the legislature moved to add about $76 million to the program.

The agreement lawmakers approved Monday limits the $1,000 payments to people earning less than $50,000 – instead of less than $100,000 as the program originally laid out.

The payment amount is reduced as the person’s income level rises, until someone earning more than $100,000 can receive $100. Ritter said they were happy to be able to provide “meaningful” payments to many of the workers – especially those earning lower incomes – considering the program had 50 percent more applications than expected.

Scanlon, who is still serving as a state Representative and co-chair of the legislature’s Finance, Revenue and Bonding Committee during the special session, said it was a priority to make sure that the people who need the payment the most are able to receive the full amount.

“There was a very dire situation that was going to happen where the Comptroller was going to have to prorate the amount of money that each of these people got, and that a worker who worked on the frontlines at a Stop & Shop, instead of getting $1,000, would have gotten $232,” Scanlon said. “We’re making sure that grocery clerk that makes less than $50,000 a year – 66,000 of them are getting the full $1,000.”

The program already had about $28.5 million in funding, and lawmakers agreed to move $31.6 million that went unused from another essential worker assistance program, and another $45 million from the Retiree State Employee Health Service Cost Account, to bring the total funding to about $105.1 million.

Phasing the gas tax back in

The package approved in special session on Monday would start to phase the state’s 25-cent-per-gallon gasoline tax back in by 5 cents a month beginning on Jan. 1. So customers would start paying 5 cents a gallon more in January, and would pay the full 25-cent tax starting May 1.

Lawmakers suspended the gas tax starting April 1 in response to high prices at the pump, after gas peaked at a record $4.49 per gallon in Connecticut in March. A gallon of regular gasoline is now $3.65 on average, according to AAA.

Connecticut is one of three states still suspending its gas tax, along with Georgia and New York, which are both set to reinstate their taxes in December, according to Gov. Ned Lamont.

“At the end of the day, there is a level of responsibility that we have to engage in to ensure that we can continue to fund the transportation infrastructure needs that we know we have, and that will continue to grow,” Rojas told reporters before the House met.

Ritter added that the measure gave the legislature a “bridge” to the regular session in January. If gasoline prices were to skyrocket in December, lawmakers could take another look at the gas tax and consider reinstating the holiday, he said.

“I think that using two-thirds of our surplus in the [special transportation fund] – something that we have worked very, very hard to build up after it being in disarray – is something that I think is too risky,” Scanlon said.

In a press conference before the legislature met, Senate Minority Leader Kevin Kelly, R-Stratford, called the gas tax holiday a “Republican idea,” and said there is no reason to bring back the tax before the end of the fiscal year.

“There is no reason to ask taxpayers to fork up more money, when we’re sitting on $2.8 billion of surplus funds,” Kelly said.

Republicans in the House also pushed to remove the tax on diesel, but were told that was outside the scope of the special session, given that Lamont called the session to review the gas tax holiday, not diesel taxes.

Record-high prices for electricity, gas and heating oil have driven a spike in applications for energy assistance from the state, but the phasing out of COVID-related federal money that has boosted the program for two years has left the state with less money to help – leading to concerns that the program could run out of money.

With $40 million less in federal funding this year than last year for the state’s energy assistance program, lawmakers approved bolstering the program with $30 million in ARPA funding taken away from Invest Connecticut.

The state funds can only be spent after all federal funds have been spent, in case Congress approves more federal funding to fill the gap in the program as it negotiates a new budget.

Kelly criticized Lamont and Democratic lawmakers for not pushing for funding the full $40 million gap, let alone increasing funding to keep up with increased demand for assistance. He said he would support the additional funding, but wanted more.

He said he was disturbed by a letter from the Department of Social Services stating that it would not increase the maximum benefit level of the program, which was decreased from last year to account for the lower federal funding.

Earlier on Monday, Lamont announced that Eversource and United Illuminating agreed to ask regulators to return money saved from the Millstone Nuclear Power Station contract to customers sooner to slightly offset the increase in bills expected in January.

Eversource also agreed to provide $10 million from its shareholders’ profits to Operation Fuel, which aims to provide energy assistance to people who earn too much to qualify for the state assistance.

House Democratic leaders said the problem of high energy prices was more than they could address in the special session, but would be a major topic in the full session. What they were doing on Monday was doing what they could inside the appropriations process to provide relief, Ritter said. 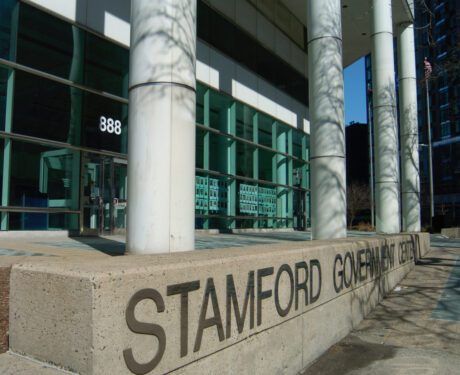