DARIEN – A book read to a classroom of second graders at Royle Elementary School, and an anonymous complaint, have prompted questions from parents regarding the appropriateness of lessons on gender identity for young students in the public schools, but school officials denied claims that anything inappropriate had been taught.

The book, Julián Is a Mermaid, is part of Darien Public School’s Social and Emotional Learning curriculum, aimed at imparting students with “emotional intelligence.”

An anonymous email on Sunday afternoon went out to Darien parents questioning the material.

“While there is a message of acceptance in the book, there are also pictures of a young non gender conforming boy dressing as a girl, several pictures of drag queens and the boy being paraded semi-naked with adults,” the email said.

The picture book – brightly-colored and couched in metaphor – tells of Julián, a young Hispanic boy, who saw a group of drag queens dressed as mermaids while walking out with his Abuela (Spanish for grandmother). He told her that he wanted to be a mermaid, went home and wrapped a curtain around his waist to look like a tail. Julián’s Abuela handed him a pearl necklace and brought him to a nearby parade, where he walked with the mermaids and others dressed up as aquatic creatures.

Megan Watros, a parent of a student in the second-grade class, brought the book to an Oct. 25 Board of Education meeting to air her concerns. She said she was perplexed as to why the book would be read to second graders.

“I want to be clear – my concern is the age-appropriateness of this type of gender-themed story for a class of second graders. I am all for and support diversity and a rich education,” Watros said. “However, there should be boundaries with regards to sensitive subjects with our youngest learners.”

Watros said the school was promoting cross-gender ideas under the guise of social and emotional learning, and said parents should have the opportunity to opt out.

Pam Roberts, who also had a child in the second-grade class, said parents were not aware of the book before it was read and have been told that opting out was not an option.

“I would like to be informed, and I would like better options for opting out,” Roberts told board of education members.

Superintendent Alan Addley told CT Examiner that while parents could opt out of certain teachings such as sex education, they could not opt out of the SEL curriculum.

“They can’t opt out of this,” Addley said about SEL. “It’s been embedded in the curriculum for a long time and how we approach teaching and learning.”

Addley said this was the second year of the curriculum implementation, and the book supported the goals of promoting both acceptance and diversity within the school system. He explained that discussions of gender identity were not included in the SEL curriculum, and said the book was undergoing a review by an 11-member curriculum team to be completed by the end of the week.

Regardless of whether or not it would stay in the curriculum, Addley said the book was about acceptance – not gender identity.

“It’s about unconditional love. I’ll tell you what it’s not about,” Addley said. “It’s absolutely, categorically not about gender identity, gender expression, gender ideology. That is not what the text is about. It’s not what we teach or discuss as part of SEL or our diversity goal.”

But on her website, the author, Jessica Love, said she had the idea for the book when she began a relationship with a man whose brother was newly transitioning. Love said the family was struggling to explain the transition to children.

Love also said that drag was a huge source of inspiration in writing the book.

“Drag is professional make-believe, it’s the same kind of dead-serious play that children do, it’s that level of commitment, of exuberance and I think it is a similar alembic for transformation,” Love said.

Ultimately, though, Love said the story was about the moment in which a child reveals something essential about who they are, and are recognized with love.

Mallory Grimste, a mental health therapist based in Woodbridge who specializes in treating teenagers, said there is no one-size-fits-all approach for the right age to begin gender identity conversations, but said parents should be prepared to answer questions regardless.

“Whether you talk directly with your children about gender and gender identity or not, they are being exposed to a variety of genders and gender identities in our daily lives so being prepared to address questions compassionately will help children be able to do the same as they encounter others, or when they themselves start to express their gender identity,” Grimste said.

Grimste said that most of the teenagers she worked with hold onto experiences they had at a very young age, so discussing gender identity with compassion meant lessening the stigma as they grew older.

Grimste also said that a lack of gender identity discussions could eventually lead to mental health issues for students.

“Creating an exclusive environment where only certain types of identities are allowed to be discussed or expressed could lead to isolation and shame, which we know creates an increased risk of depressive episodes, self-harm, and possibly even suicidal ideation,” Grimste said.

Grimste added that she would be surprised if most second graders were able to connect a story about a young boy dressing up as a mermaid to transitioning genders.

“Heck, some adults wouldn’t even necessarily draw that conclusion, especially if you’re reading the story at face value,” Grimste said.

Stamford Teachers, Parents and Board of Education Meet to Discuss School Safety, Success 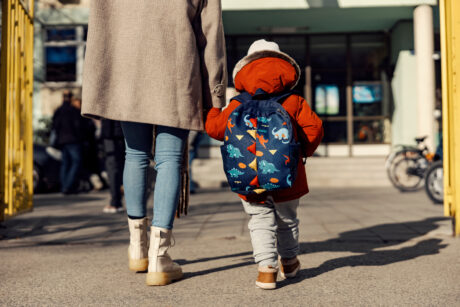