State Superior Court Judge Kevin Randolph Monday weighed a societal element – election integrity – against a personal one – the love between a child and a grandfather – and struck a balance.

Mallozzi faced a maximum sentence of five years in prison or a fine up to $140,000, or both, after Randolph found him guilty in September of 14 counts each of 2nd-degree forgery and making false statements in absentee balloting, all Class D felonies.

“What we are dealing with … is the quiet insurrection of a stuffed ballot box,” Tamaccio said during sentencing.

The Office of Adult Probation recommended that the judge discharge Mallozzi on three conditions – that he be banned from holding any position as a public or civil servant; that he perform 150 hours of community service; and that the judge levy a fine.

But discharge is too lenient a sentence, Randolph said.

Mallozzi, as a trusted party boss, led a “parade of frauds,” the judge told a Stamford courtroom packed with Mallozzi friends and family members.

“A fraud was perpetuated on the voters” whose names were forged, and another on the city registrars who counted the fake ballots, Randolph said.

Finally, “a fraud was perpetuated on the electoral process and on democracy,” Randolph said.

It inclines voters to think that the one person, one vote “rubric may not be true at all,” Randolph said. If there is a feeling “that this is all rigged,” there will not be confidence in candidates who win elections, and citizens then “may not have confidence in ordinances and policies” candidates enact once in office, Randolph said.

Still, prison time in the Mallozzi case is too harsh, the judge said.

“There probably is no more of a consummate public servant than John Mallozzi,” Randolph said. “He was a member of the Board of Representatives, Board of Finance, Board of Education, and the Charter Revision Commission. In addition to his political involvement as chairman of the Democratic City Committee, he has a great number of friends because of his assistance to them.”

It was a reference to two dozen pre-sentencing letters the judge received from people attesting to Mallozzi’s character. Randolph referenced one letter in particular.

It was signed “Marco” and written with the help of an adult. The boy also wrote on behalf of his brother, Matteo, who is too young to write.

Marco wrote that “we love our nonno (grandfather) because he plays with us, makes us laugh and fixes our toys,” testament to Mallozzi’s devotion as a grandfather, the judge said.

“So the court is certain that (Mallozzi) told his children and grandchildren: tell the truth, don’t cheat, play fair,” the judge said. “This is not a case for incarceration. (Mallozzi) is going to have to explain to Marco, who’s going to ask, ‘What happened, grandpa? Why did you do that?’ He’s going to have to find a way to explain that. When (Mallozzi) walks down the street, people he knows will say, ‘There’s John Mallozzi. Now he’s a felon. I don’t trust him like I used to,’” Randolph said.

It’s a harsh punishment in itself, the judge said.

“I said during the trial that justice must be tempered with mercy. The court ably demonstrated that today,” Tamaccio said after the sentencing. “The court also recited the ‘parade of frauds’ perpetuated by the defendant on the public. That realization and these felony counts will and should follow the defendant for the rest of his life. The Department of Justice will remain vigilant guardians and will continue to rout out corruption wherever we find it.”

In his opening statement, Tamaccio said the former Democratic Party chief has shown no remorse for his actions in the 2015 election, in which the former town clerk, Republican Donna Loglisci, admitted that she broke the law in handing over blank absentee ballots to Mallozzi. Loglisci testified against Mallozzi and has not been charged.

But Mallozzi’s attorney, Stephan Seeger, in his opening statement, said that was unfair.

“It’s a mischaracterization to say Mr. Mallozzi has no remorse,” Seeger said. “A good man can do a bad thing.”

Mallozzi addressed the court just before Randolph issued the sentence. He said he tried, as Democratic City Committee chairman, to open candidacies to people of all races and backgrounds, which pre-sentencing letters sent to Randolph supported. The letters talked about Mallozzi’s eagerness to help people who weren’t getting a fair shake in the political system.

Mallozzi said it’s because he knows that situation himself as an immigrant. He came to the U.S. from Italy when he was 15.

He is sorry that friends and family members now “are suffering” because of his actions, Mallozzi said.

Seeger, Mallozzi’s attorney, said Randolph’s sentence “is appropriate, based on the convictions.”

As a felon, Mallozzi will not be able to vote, though he can apply for restoration of that right at some point, Seeger said. Mallozzi, an engineer, likely will lose his Connecticut and New York licenses.

Seeger said he will “explore appeal options,” given some anomalies in the case.

Near the end of the trial, for example, the court learned that the FBI may be investigating the town clerk’s office for alleged improprieties during the 2017 municipal election – two years after Mallozzi left politics. Because of that, the judge had to inform witnesses who worked in the town clerk’s office that anything they said on the stand could be used against them in the FBI investigation. Seeger had planned to call the employees in his final chance to question them, but they exercised their rights and declined to testify. 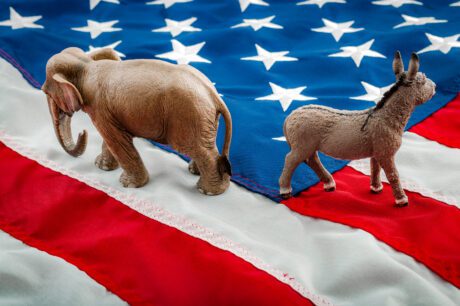 
Incumbency Was the Best Predictor of Connecticut’s State Elections