In October, the commission voted 3-2 to reject Fine Fettle’s application for a marijuana store at 233 Boston Post Rd., saying the business was too large for the site, and that the traffic generated by the store would be too much for the parking lot.

In a complaint appealing the decision to the Superior Court, attorney Amy Souchuns argued that the commission “acted illegally, arbitrarily and in abuse of its discretion,” in rejecting the application.”

The commission’s record did not include evidence that there would be more customers visiting the site than the company anticipated in its application, Souchuns wrote in the complaint. Fine Fettle CEO Ben Zachs told the commission during public hearings that the company would only sell by appointment, allowing it to control the number of customers on the site at a time.

Souchuns also argued the commission lacked evidence that the proposed store would have an “adverse impact” on nearby roads, or that there would be issues with the on-site parking – both concerns Old Saybrook Police Chief Michael Spera pressed to the commission.

In the complaint, Souchuns challenged sections of Old Saybrook’s zoning requirements for off-street parking, which allow the Zoning Commission to require more parking spaces where it deems necessary because of the “nature of development, its location or other unique features.”

As an equity joint venture, Fine Fettle was able to bypass the state lottery for a permit to operate a retail marijuana store at the site, and has already been granted a permit from the state.

The proposal was a divisive issue in Old Saybrook, with much of the opposition focused on the impact additional traffic would have on a problematic Interstate 95 off-ramp that borders the property.

In addition to Spera’s vocal opposition, First Selectman Carl Fortuna took the unusual step of registering his opposition to Fine Fettle’s proposal to the commission during a public hearing – urging the company to find a more suitable location for their store.

Old Saybrook has banned marijuana stores in all but two locations, which had previously been granted zoning approval for medical marijuana dispensaries: the site on Boston Post Road, and another on Custom Drive near the DMV office on the other end of town. 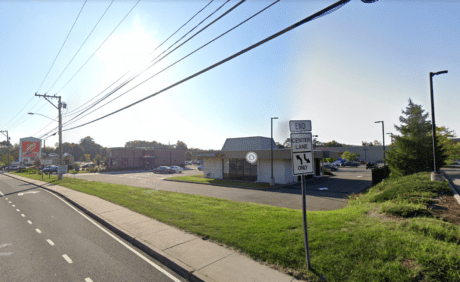