Over the past year, I’ve attended more than a few weddings. One was my son’s, but the others were the young adult children of my middle-aged friends. Each wedding, like each bride and groom, had their differences and similarities. All were joyful occasions filled with happiness and love. Great music, great food, and, of course, someone cried.

I don’t remember many tears at my wedding, although I might have welled-up just a bit when Paula first appeared. She looked spectacular and, what can I say? I’m a softy.

What I didn’t have at my wedding, which seems to be very common today, is a speech or toast, or happy combination of both, by the parents of the bride and the groom. The toasts at my wedding were from the best-man and the maid of honor, but both sets of parents, whom I assume were happy with their children’s choice of mate, sat quietly in their seats. Not so today. Today, mom or dad, or mom and dad, from both sides of the aisle, not to mention second or third sets of moms and dads when divorce and remarriage comes into play, all have something to say about their beloved children and the new children-in-laws.

Before you get the wrong idea, I’m not opposed to this outpouring of affection. In fact, I like it. The speeches are funny, heartfelt, and informative. For example, I never knew that my friends’ children were uncommonly handsome, exceptionally beautiful, ridiculously smart, and remarkably creative. I just thought they were regular people who happened to be in love with each other.

So, I asked myself, what would my parents have said at my wedding if given the same opportunity? And, naturally, what would Paula’s parents add?

My father, never a man short on words, would likely offer a warning of some kind to my wife. “He’s a good kid,” he’d would have said about me. “But you know, I told him to cut the grass horizontally and, Ricky being Ricky, he went vertical. The lawn was never the same, but don’t worry, I’m sure he will be a fine husband and the two of you will be very happy.”

My mother would be less loquacious. First, she would address me. “Ricky,” she would have said, “If it doesn’t work out, don’t worry. We’ll keep the bed made for you.” She was kind in that way, although I’m certain her words for Paula would have been slightly less sentimental. “Good luck,” she would have said straight faced. “You picked him. I didn’t have a choice.”

As for Paula’s parents, losing their only daughter to a tall man from New Jersey who worked for the Boys Scouts of America, was not part of the plan. I’m sure her father would have spoken first. He might have said, “We don’t know Rick very well. He seems like a decent fellow and Paula seems very happy. We’re just thrilled to finally have someone in the family who can reach the dishes on the top shelf.”

There may have been a tinge of disappointment from Paula’s mother. After all, I was a mere college graduate compared to my Ph.D wife, her Ph.D brother and her other brother, the Ph.D/MD. Thank God I was tall.

That said, I suspect she would have kept her disappointment to herself, focusing instead on our potential as a couple. She was an English teacher lovingly referred to by her students as Killer Kaplan. Her specialty was helping students understand grammar using mnemonic devices such as The ADJECTIVE‏‎ describes a thing, Like magic wand and platinum ring. When I told her I liked to write she offered me excellent advice. She said, “Every story requires a beginning, middle, and end.” It’s a simple rule that has served me well.

What would she have said at the wedding? How about this. “Life is not simple. It’s a story you write every day.” And I hope she would have added, “If love is what your hearts’ desire, wear the glove of a happy buyer.”

Looking back, it would have been nice to have all four parents speak. In fact, why not give the grandparents a voice too.

At my wedding, there were three grandmothers in attendance: both of Paula’s and one of mine. My guess is that Paula’s mother’s mother, would have been the one to speak. Though diminutive in stature, she was strong of opinion. We only met a few times, but word on the street suggested there may have been concerns.

“Paula. Darling girl,” she would have said, all four and half feet of her smiling but not necessarily jubilant. “People work for the Boy Scouts? He does what? Are you sure? Okay. A blessing on both of you. You’ll need it.”

A wedding is the beginning of a story and the stories told at a wedding reverberate for a lifetime. When things get difficult in the middle of our stories, it is often that wonderful day, and words of hope, kindness, and even concern, that helps us write our happy endings.

Richard Reiss’ writing has appeared in the New York Times, Newark Star-Ledger, The Literary Review, as well as the anthologies, Upstart Crows II: True Stories, and Modern Love: 50 True and Extraordinary Tales of Desire, Deceit, and Devotion. He is the author of Desperate Love: A Father’s Memoir, published by Serving House Books. He can be reached at rpreiss63@gmail.com. 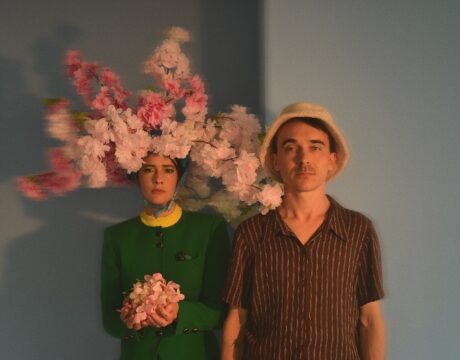