GROTON — The Town Council passed a resolution Tuesday night finding the owner of Branford Manor in default of its agreement with the town and allowing a 30-day cure period to rectify the issues identified by Ledge Light Health District and the City of Groton.

According to the resolution, Ledge Light Health District has issued at least 16 public health notices orders since Sept. 8 that identify violations of the State Public Health Code at Branford Manor, which to date have not all been cured, and Ledge Light is continuing to inspect the premises for potential violations.

And, since Sept. 26, the City of Groton has issued “numerous violations of its Rental Housing Code” at Branford Manor, which to date have not all been cured, and continues to address complaints and inspect the premises for potential additional violations, according to the resolution.

The initial resolution allowed Branford Manor Preservation Limited Partnership, which is owned by Related Affordable Housing, a 60-day cure period – but council members ultimately voted, unanimously, to change it to 30 days as a means to pressure Related to take action.

“People are suffering. Let’s put the pressure on now, they’ve had long enough,” said Councilor Portia Bordelon, who made the motion to change the cure period to 30 days.

Councilor Aundré Bumgardner said he had called for the default of Related’s 30-year tax incentive agreement on May 25.

“We’ve given Related 139 days already to cure these issues and they haven’t. Why should they be afforded 60 days when they should be held to a very stringent timeline of 30 days to cure any items that we have found in in default. If they can’t do it in 30 days, then they don’t care about the residents who pay their bills,” said Bumgardner.

Steve Mansfield, executive director of Ledge Light, said Ledge Light had given Related until the end of October to resolve the Sept. 8 violations because of a number of conditions.

“Due in part to the fact of the units not being occupied and [Related’s] stated difficulties in finding qualified contractors to do the work and the difficulties they’re having with scheduling,” he said. “So we weighed whether or not people’s lives and health are currently at risk. And since no one is living in the unit, we gave them an extension until the end of October – that’s our standard practice,” he said.

Mansfield also said nine more public health notices were in the process of being issued.

Town attorney Eileen Duggan said that during the 30 days, there would need to be “some lines of communication” from Related to the council, to show “whether or not they were going forward and taking care of the violations and coming into compliance.”

Timelines have been “the biggest frustration,” said Town Manager John Burt. “We haven’t been able to get an actual timeline – that’s kind of my biggest goal in this is to come up with a realistic timeline.”

Councilor Rachael Franco said she supported the residents of Branford Manor and was concerned about what will happen to the tenants if Related does not fix the violations.

“Where are these people going to go if we don’t give [Related] some time to fix this? And what if they don’t fix it? What is going to happen to these people? I am truly scared for them,” she said. “Nobody should live in horrible conditions like this. But also we need to think of how are we going to actually solve this? What is the real solution going forward? So far I really haven’t heard one.”

Duggan said the minimum cure period specified in the contract was 30 days and that if the issues were not resolved within that period, then the council will have to decide if Related was diligently pursuing completion of the tasks, while taking into consideration whether 30 days was a reasonable time period to do the work. 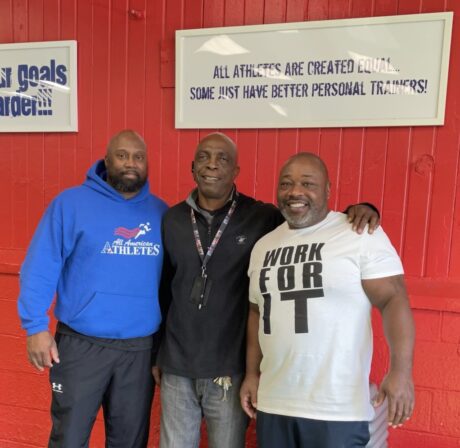