STAMFORD — Mayor Caroline Simmons’ first public meeting with Glenbrook residents opposed to her plan to sell their community center to an affordable housing developer has them fact-checking her information.

Simmons repeated during Wednesday’s meeting with residents what she has said many times since she began pushing her plan for the 35 Crescent St. community center early this year – the cost of fixing it is $23 million.

The Board of Finance would never agree to spend that much money, Simmons has said, so if the building is not sold to the developer, it will be left to deteriorate.

However, when a Glenbrook man during the meeting asked Simmons what the cost would be to refurbish it as a community center, not a 51-unit housing complex, Simmons said she didn’t know and referred the question to a member of her administration.

The answer was $5 million or $6 million, possibly higher if more work is needed to bring systems up to code.

That’s much lower than $23 million, but still too high, said Twardy, a building materials distributor who grew up in the Glenbrook area and visited the community center for most of his life. Twardy is friends with Jerry Pia, who operated his Activities for Kids program in the center for decades.

“A couple of years ago I brought a bunch of specialists to the GCC to look at all the systems and give Jerry an assessment of what needed to be done,” Twardy said. “The building was structurally sound. The big things are that it needs new windows and the elevator has to be fixed. Some things need renovation, new paint. I would say the total cost would be between $500,000 and $1 million.”

Jamie D’Agostino estimated the same amount, though he said he might include a roof replacement in the list of repairs.

D’Agostino sent the Simmons administration a proposal in which he offered to pay market rate for the building, move his small IT business there along with his wife’s day-care operation, and leave the rest as a community center. His plan was rejected because it did not include affordable housing, said D’Agostino, who also grew up in the community center.

He did a walk-through of the building last year, D’Agostino said.

“The building isn’t bad. I’m not intimidated by the condition,” said D’Agostino, a mechanical engineer. “I wouldn’t have to fix it all on day one.”

That fits with the conclusion of a 55-page facility conditions assessment dated March 6, 2020, and conducted by Silver Petrucelli & Associates, a Hamden firm hired by the city.

The company found “urgent priority” repairs that would cost a total of $6,000.

“Low priority” fixes are “maintenance and aesthetic issues” that could wait five to 10 years and would cost a total of $380,000, according to the report.

Added up, all the work would cost $1.3 million, or just under $1 million without the low-priority repairs.

“I have a bad taste in my mouth for how the mayor and her administration are going about this. I feel betrayed,” Twardy said. “I tried to speak to Simmons after the meeting but someone on her staff pulled her away. I wanted to say, ‘It’s not truthful what you said this evening about the $23 million. It stinks.’”

Twardy had his hand raised for nearly all of the half-hour that Simmons and her staff took questions during the meeting. But no one called on him. When he tried to speak anyway, the president and vice president of the Glenbrook Neighborhood Association, which ran the meeting, shut him down.

Twardy said he thinks it’s because of another piece of misinformation being put out by the administration – that the Glenbrook Community Center did not close because of the COVID-19 pandemic. Simmons said during the meeting that the center has been closed for four years.

Twardy said that, before the meeting started, he spoke with a member of Simmons’ administration who said the same thing.

“I said, ‘Sir, that’s just not true. It was a fully functioning center until they shut it down along with the schools when COVID started,’” Twardy said. “I think after that he told them not to call on me because they didn’t want me to bring that up.”

But Pia, now retired and living out of town, said the same thing in a letter he sent to the Board of Representatives. His program,

“The GCC was fully operational and the community center was closed only because of COVID on March 13, 2020, as were city buildings,” Pia wrote. “The building was housing all the same programs except for an after-school program during the school year and a 5-12 summer day camp. There was a summer program for 2- to 5-year-olds. That’s the only difference.”

Simmons explained during the meeting that Stamford, like many places, has an “affordability crisis” and must provide lower-cost housing so college graduates can return, senior citizens can stay in their homes, and families can make rent payments. Stamford especially needs “workforce housing” for employees who are essential to the city’s economy, Simmons said.

All true, residents said on the day of the meeting. But, they said, the administration fails to make it clear that, if the sale goes forward, the 51 affordable units that will be created in the community center building will not be reserved for people who live or work in Stamford.

“They let you think it’s for Stamford people, but it’s not,” said resident Joe Rich.

The developer, Darien resident John McClutchy and his son, Todd McClutchy, of JHM Group, say in their proposal that they cannot limit tenancy to Stamford residents or workers. The Simmons administration put out a fact sheet saying the process for deciding who will be selected for the apartments “is to be determined. The developers have used a lottery system for other properties they own to ensure that the process is fair.”

City Rep. Sean Boeger raised another issue during the meeting that residents say is not portrayed accurately. The administration claims it cannot put more money into the Glenbrook Community Center building, though other centers have been “revived” multiple times, Boeger said.

In fact, the city each year contributes to community centers and similar organizations, since they provide valued services the city would otherwise have to provide.

According to this year’s operating budget, the city gave the Boys & Girls Club-Yerwood Center $225,000, plus $145,000 for the Mary C. Rich Clubhouse and Teen Center, which is part of the Boys & Girls Club. Each amount was about $10,000 more than the West Side organizations received last year.

In North Stamford, the Stamford Museum & Nature Center this year received $1.3 million, the same as last year, and the Bartlett Arboretum received $334,000, which was $5,000 more than last year, according to the budget.

After the meeting Glenbrook residents said they tried to explain that their densely populated neighborhood of single- and multi-family homes, small businesses, and small apartment and condo complexes already contributes to the city’s affordable housing stock, and will contribute more in the future.

They said they just want to save the community center, a place that for decades provided after-school programs for kids, activities for seniors, sports, dances, exercise classes, meeting space for substance-abuse recovery programs, music and art lessons, and more.

Twardy said all eyes are on Oct. 3, when the Board of Representatives is slated to vote on whether to approve the sale of the Glenbrook Community Center.

After the meeting with Simmons, he doesn’t know what to expect, Twardy said.

“We weren’t heard. They just tried to sell it to us using misinformation,” he said. “I have such a bad taste in my mouth. It’s hard to swallow.” 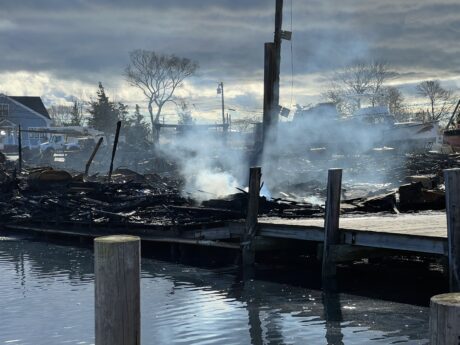 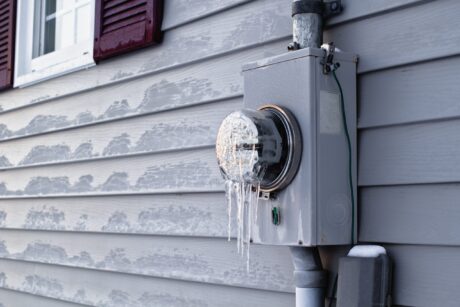 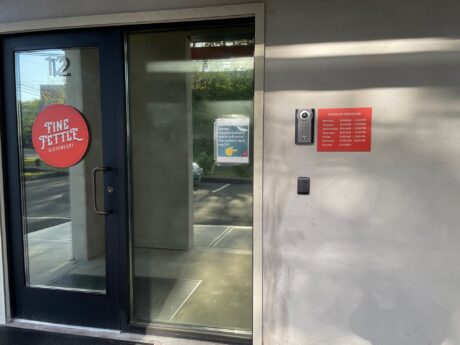