MIDDLETOWN – Despite concerns from several neighboring residents, the Planning and Zoning Commission overwhelmingly approved a proposal for a new Big Y on South Main Street near Randolph Road last week.

The 6-1 decision made last Wednesday will allow Stone Point Properties to build a nearly 52,000 square foot Big Y supermarket at the site of the former Frontier and SNET fleet maintenance garage at 850 South Main Street – including a new traffic light on South Main and a 256-space parking lot.

That traffic light, which would serve as the main entrance to the grocery store, will still need state approval. The store might open in 2024, the applicants told the commission.

Several residents of the nearby community – including people in houses directly across Highland Avenue from the proposed Big Y – voiced concerns that the traffic, noise and activity from the new supermarket, which would replace a fleet maintenance facility on the site, would be a radical change for the neighborhood.

Michael Stone, one of the partners of Stone Point Properties along with Michael Fleischmann, said that the 1957 SNET fleet maintenance garage held as many as 65 trucks inside and “countless more outside,” was unsightly and needed an environmental cleanup.

“The reality is that most of our neighbors realize that the alternative of an active fleet maintenance facility, operating 20 hours a day, exclusively using Highland Avenue for access, would be much more disruptive than our proposed use,” Stone said.

He said the development would bring about 150 jobs, plus temporary construction jobs, and would add about $20 million to the grand list.

“It will provide access to a modern grocery store in an underserved corridor,” Stone said. “It is certainly a more appropriate and attractive use than the current use.”

Several residents from the nearby homes questioned the location of the store, arguing that it was unusual to have a stand-alone grocery store in essentially a residential neighborhood. They also questioned whether the area was “underserved,” given that there is a Stop & Shop about two miles away on East Main Street.

Kate Wiltsie, who lives on a nearby street, said she was concerned about the “creep of development” into the residential areas in the south of Middletown, and that a large, high traffic development was being squeezed into a place where it didn’t fit.

“I know that was already a developed piece, but a busy grocery store is really infringing on these residential neighborhoods,” Wiltsie said.

Neighbors also raised concerns regarding traffic. An F.A. Hesketh & Associates traffic report estimated the supermarket could have 4,974 vehicle trips during a weekday, with a peak afternoon hour of 474 trips. And it could generate 6,275 trips, with a peak hour of 571 trips, on Saturday.

Neighbors pointed to long-standing issues at the nearby intersection where Highland Avenue meets South Main Street at a flashing red light.

Stone said they expected traffic to be a major concern with neighbors, and that they resolved many of those concerns by moving the main entrance to the site off of Highland Avenue onto South Main Street, where they are proposing to install a traffic light.

Traffic engineer Scott Hesketh said that, while the development would draw additional traffic, it could end up making it easier for Highland Avenue residents to turn onto South Main Street by creating more gaps in the traffic.

Commissioner Sebastian Giuliano, who voted in favor of the application, said that the blinking traffic light has been a problem since it was installed. He said he hoped that the new development would be enough to convince the state that it needs to fix it.

“For years, they have not seen fit to do anything about it,” Giuliano said. “Every time I come across two vehicles trying to make left turns from South Main to Highland, it’s like your heart’s in your mouth. They don’t know what to do.”

The commission included several conditions when it approved the development, including that the developer will build sidewalks along Highland Avenue on its property. 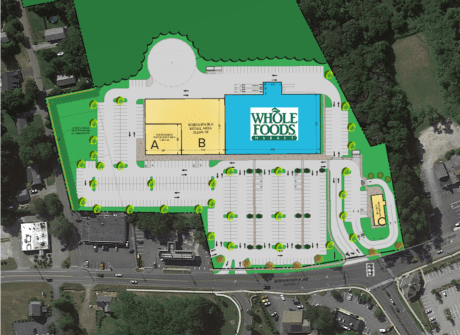 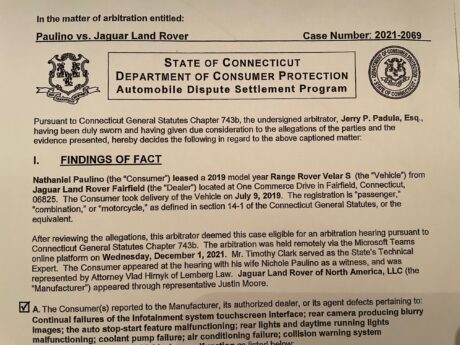