TRUMBULL – Town officials may reinstate a defined benefit pension plan for local police officers in an effort, they say, to improve employee retention.

Police departments across the state have struggled to hire officers over the last few years. Trumbull is no different – the full strength of the department is 82 officers, but the town currently employs 69.

“Everybody’s having a recruitment issue in probably a lot of professions,” said Chief of Police Michael Lombardo. “We’ve had that issue like everybody else, but we’re also now dealing with a retention issue.”

According to Lombardo, eight letters of resignation last year 2021 from the department mentioned the absence of a defined benefit pension plan as their reason for leaving.

Reached by phone, Raymond Baldwin, Jr., chairman of Trumbull’s Police Commission, said that new officers often stay on the job for a few years before leaving for a department with better retirement plans.

“We’re getting really, really good police officers. But they’re not staying because 75 percent of the departments that are in Fairfield County and surround us have defined pension plans,” Baldwin said.

According to a 2019 report by Yankee Institute, a conservative-leaning think tank, about three-quarters of Connecticut towns offer at least one defined-benefit pension plan, guaranteeing a fixed pension after retirement.

Until 2014, the Trumbull police also offered a defined benefit plan, and Baldwin said that policemen grandfathered into the plan continue to be the large majority of the force.

Asked what motivated the switch, then-First Selectman Tim Herbst told the CT Examiner that he inherited a neglected pension fund that affected the town’s credit rating. He said he negotiated with the town unions, and all parties agreed to a switch to a defined contribution plan.

“I’ve actually spoken to Chief Lombardo about this, and I appreciate the concern with retaining officers,” Herbst explained. “That being said, at the time, given what we were dealing with financially, we were told that this needed to happen across the board to improve the town’s credit worthiness.”

Herbst said that his plan clearly worked, citing two credit rating upgrades for Trumbull during his eight years in office. He said he doesn’t see the switch to a defined contribution plan as the key issue.

“I don’t think you can point to the defined contribution plan as the only reason why we’re having difficulty recruiting and retaining officers in trouble,” he said. “I think concomitant with that, is that we are having a lot of people that don’t want to become police officers because of that police accountability bill that was passed two years ago by the legislature.”

No matter the cause though, Herbst said there’s nothing wrong with exploring changes to help recruit and retain officers. He said he recommends that the town continues to improve its credit worthiness no matter the next steps.

Baldwin said he and the chief have been imploring the town to reinstate a police pension for the past few years to rectify the staffing shortage. Last week, Trumbull posted a bid for consultants to analyze potential pension plans.

According to Baldwin, the analysis will be simple, but the process of getting a plan approved by the first selectman, town council and board of finance may be lengthy.

“They want to do a cost analysis, which is fine. But it’s taken six months to get the [bid] done,” he said.

Tom McCarthy, the director of Human Resources and Labor Relations helped to create the new bid. He said the town spent a lot of time making sure the proposal was thorough and clear.

“This is a very complex and complicated situation,” McCarthy said. “I mean, there’s no snap your fingers and make a major change like that. There’s a lot of steps involved.”

He said First Selectman Vicki Tesoro directed him to create the bid in an attempt to remain competitive in the complex hiring market.

In order to allow a minimum of five police cars to patrol Trumbull each shift, Baldwin said that the department has increasingly been forced to pull officers off of other duties.  He said the department began reassigning employees from the records and traffic divisions before they were forced to take officers out of the schools.

“We didn’t start with the school resource officers,” Baldwin, Jr. said. “That was our last line in the sand.”

Lombardo said that he needed to prioritize patrols of the town, but made sure there were other security measures in place since the change. He said officers patrol every school in town on a regular basis.

“It might not be the specific school resource officer, but the officers on patrol are spending a considerable amount of time at the schools,” Lombardo said.

Tesoro told the CT Examiner that most municipalities are struggling to recruit and retain town employees, not just police officers. And while she acknowledged that some have attributed the police shortage to the loss of defined-benefit pensions, she said the problem is bigger than that.

“I don’t believe that’s the only reason why we’re having retention problems,” Tesoro said. “I think it has to do, generally, with what’s happening with policing all over the country.”

She said that she continues to work with Lombardo on prioritizing public safety and backed his decision to reassign the two SROs to patrol.

“I believe that the schools are safe under the present configuration of our officers,” Tesoro said. 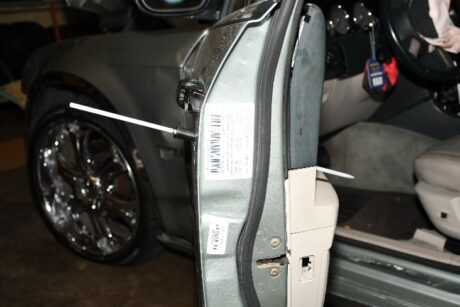