The guitarist and vocalist for the alt-country act Clem Snide was born in Tel Aviv, and moved with his family to New Jersey where he grew up. He started the band in early ‘90s in Boston, before moving Nashville.

In the late 2000s the band broke up, he lost his house, and he had to rebuild his life through a decade of hard times until his life seemed to turn the corner with the release of Clem Snide’s latest album, Forever Just Beyond, in March 2020.

These days Barzelay is back performing and touring as Clem Snide and will be playing a Sunday matinee at Café Nine in New Haven.

We talked in late February before a COVID infection forced him to reschedule, and chatted about his life as a wanderer, how his latest album is a culmination, about not being into live streaming and about a unique project unveiled this spring.

Rob Duguay: How would you describe this journey through these places and cities you’ve lived in?

Eef Barzelay: I guess I am “the wandering Jew.” I was born in Israel and then my parents moved to New Jersey when I was six, so while growing up I never quite felt like I belonged and my sense of where I was from was interrupted so it kind of makes sense that I would end up doing what I’m doing. I like to keep moving.

RD: I hear that, it naturally goes along with being a full-time musician. Forever Just Beyond was made after a tumultuous ten years of your life where you lost your house, you were dead broke and you had to file for bankruptcy. Coming from that experience, did it change your creation process at all while making the album?

EB: Yeah, I’d say Forever Just Beyond is sort of like a culmination, if that’s the right word. Clem Snide the band fell apart right around 2010 and 2011 and my life sort of bottomed out as well. I had two small kids and I lost my house so it was a time where I had to reinvent myself and I was also very humbled by that experience. I had to sort of surrender to some sort of higher power without getting too specific about anything. It was part of finding my way back and trying to survive.

I was also reaching out to fans through a lot of home shows, writing personal songs for people that went directly to the fan and that was when all the Kickstarter stuff was starting up too. This is how I was operating for a few years and I like to think of Forever Just Beyond as my reward, with God saying, “Here’s Scott Avett to drop out of the sky and help you make a record and help you get back into the game.” That’s what happened and it was kind of a miracle, then the pandemic hit and it interrupted the narrative slightly but I live to fight another day.

RD: What was it like working with Scott on the album?

EB: It was a delight for me. We didn’t even really know each other, we sort of came together in this way in this creative kind of space. He’s a super cool and righteous dude and he put it all together. We did a big part of it down at his farm where we fired up his whole art studio, brought in some great musicians and a wonderful engineer and we didn’t spend a lot of time on it at first. It only took a few days here, a couple days there. Then it took maybe four years from when we started kicking ideas around to the point where the record came out. It was a long, gradual process, but it was wonderful.

RD: Last year you released an extended version called Beyond Forever Just Beyond, so what made you want to put out a sort of direct sequel to the original album? Did you feel like you had more to say with a few extra songs or did you have a bunch of B-sides left over that you wanted to include?

EB: The folks in management suggested something along those lines to me and I realized that Scott and I wrote more songs than we recorded, there were definitely a few that I thought were pretty good. I thought it would be worth it to let people hear them just as a demo in that certain form which I kind of enjoy. It was also just to get the record another little jolt as well.

RD: Back in January you did a live stream performance at The Brass Rail in Fort Wayne, where people paid what they could to see the show. How did you link up with the venue to make this happen and what are your thoughts on live streaming?

EB: The Brass Rail is just a little bar where I got some friends of mine who are connected to it so I just played a set of songs there while a friend of mine filmed it. We were going to do it earlier during last year when people couldn’t really go out so I guess we were playing that game but to be honest with you, I don’t care much for live streaming. We actually recorded the thing months ago so it wasn’t actual live streaming, but I was never into it. I was always against it. I think live music has to be live, people have to be in a room together breathing the same air or else it really doesn’t work. With that being said, I gotta do what I gotta do and I gotta live in this world too, Rob.

RD: I definitely hear ya and you’re right. Live music needs to have a genuine community around it and feeding off the energy rather than people tuning in online in some way, shape or form. It’s about the exchange between the musician and the audience, it’s a special thing.

RD: After this run of shows, what are your plans for the coming months?

EB: One thing I’m excited about is this project I’ve been working on over the past couple of years that was inspired by being in quarantine and looking for stuff to do. I invited people to tell me their stories through social media if they had some kind of intense experience or a transformative life experience and would be so kind to share with me. I would interview them through the computer and I’d record it, then I’d sort of edit their telling of the story and I’d put a little music underneath it. Then I’d write them a song, their own personal unique song, and then that plays at the end so it’s sort of like a podcast but more in a This American Life kind of vein. It’s called A Life In Song and I’m going to start putting those out in May so I’m excited about that, I’m excited for people to hear it and I plan to keep making them.

It’s fun for me to interview people. I find it to be inspiring when people kind of bare their souls and honestly reveal themselves and their life, it makes for good music. 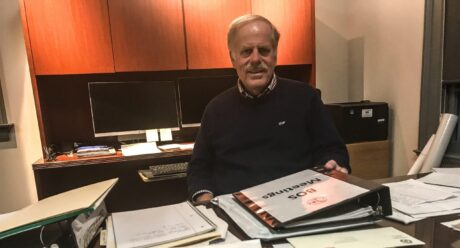 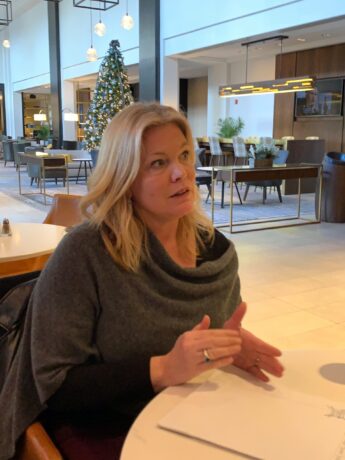 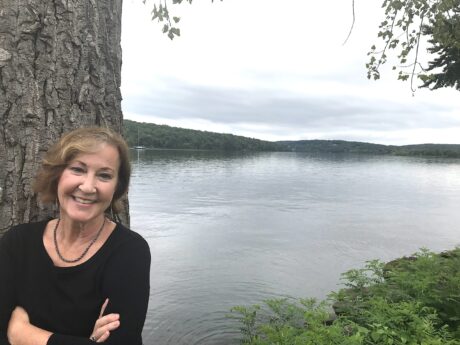