HARTFORD — During a lengthy public hearing on Monday, legislators and officials – many facing elections in the fall – spoke out against plans by two health insurers to raise premiums by at least 20 percent next year.

ConnectiCare and Cigna, which cover about 116,000 people in the state, told the State Insurance Department during the hearing that the respective increases of 25 and 20 percent reflected a combination of higher pharmacy and hospital costs and a continued bounce-back in demand after COVID-19.

The two companies are requesting increases that are higher than their competitors at Anthem, Oxford Health, United Healthcare and Aetna, which are asking for average increases of between 3.6 percent and 16 percent, depending on the market.

At the hearing, Attorney General William Tong argued that the increases being proposed in Connecticut were some of the highest in the country. He said that in Rhode Island, the highest rate increase request was less than 10 percent, and in Massachusetts it was 15 percent, compared to 25 percent in Connecticut.

The highest increase requested in New York was 35 percent.

Tong argued that families and small businesses that were still suffering from the effects of COVID and the rise in costs of gasoline, food and rent, and that they could not afford to shoulder an increase in health insurance premiums — increases he calculated to about $100 more per month for an individual, or $1200 more per year.

“Economically, many Connecticut families are in really tough shape,” said Tong. “It is clear that CT residents, individuals in the individual market, small groups, small businesses, cannot afford increases as high as 24 percent on average.”

Jessica Kordas, the Republican candidate for Attorney General, agreed with Tong that the companies should not raise their rates but criticized him for waiting so long to address the issue.

“I don’t think there should be a rate hike. I think that the people of Connecticut are constantly fighting at the moment with inflation and ever-increasing prices of everything across the board,” she said. “I think that it’s the job of the [Attorney General] to be proactive in what they see happening. And as a lawyer, you sort of see the writing on the wall sometimes … we’ve got to take a more proactive role and anticipate what’s happening.”

A bipartisan group of legislators also urged the department to reject the increases, arguing that inflation had already put too much strain on Connecticut families.

“Connecticut residents are already struggling with the highest utility costs in the continental USA, record-high inflation, and a new tax on food added by Governor Lamont.  Healthcare insurance going up by 20 percent will be the last straw for many residents,” Stefanowski said in a statement.

Olga Armah, a research analyst supervisor with the Office of Healthcare Strategy, said that currently about 23 percent of families in Connecticut have incomes that are inadequate to afford healthcare coverage — an affordable premium is calculated as between 7 and 10 percent of a family’s income. She also said that Connecticut household incomes are projected to increase only 4 percent this year.

Karen Moran, President of ConnectiCare, said the State Insurance Department had denied requests to increase their premium rates in earlier years, and that the company needed to raise the rates significantly to establish a baseline that was sustainable.

“We have not requested any more than we absolutely need to continue being part of the exchange,” said Moran.

Moran said the company had lost over $65 million in the individual insurance market last year.

Moran added that the company knew that doctors, pharmaceutical companies and hospitals were prepared to charge more for services in 2023. She also said they anticipated more variants of COVID-19 developing, without any additional government money to offset the cost.

The company provides coverage for about 118,000 individuals and small groups in Connecticut.

Neil Kelsey, chief actuary for ConnectiCare, said the company was seeing more people come in with more severe diagnoses, particularly people diagnosed with cancer. He said this was the result of COVID delaying people’s ability to get medical attention.

Kelsey said that the cost of mental health coverage was also expected to increase.

“In my mind, it goes in a lot to COVID and what we’ve all been through as a society,” said Kelsey.

Wendy Sherry, the Vice President of US Commercial Markets for Cigna, said that even with the proposed increase, they still had some of the lowest rates on the market.

“While we have among the higher proposed rate increases, we continue to have among the lowest actual out of pocket costs when all is said and done,” said Sherry.

In response to questions about why the company could not use some of the profits it makes to lower premiums, Sherry described the 3 percent profit margin the company makes as “modest” and said that the company reinvests the funds and uses them “to drive innovation.”

He also called for a formal hearing under the UAPA, which would allow expert witnesses and cross-examination of the insurance representatives. Insurance Commissioner Andrew Mais denied the request, saying he felt the Monday public hearing was easier for members of the public to participate in.

Kordas also criticized Tong’s request on Monday for a UAPA, calling it “kicking the can down the road” while he waited to see what would happen at the federal level. She said he could have requested this 45 days ago, when he initially called for a public hearing.

The Insurance Department will be holding a forum on October 3 to discuss the driving forces behind increasing health care costs. The department will decide what the ultimate rate increases for 2023 will be in September.

Editor’s Note: Information from Jessica Kordas, the Republican candidate for state Attorney General, was added to the original version of this story. 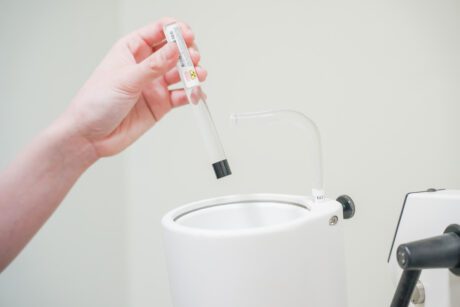 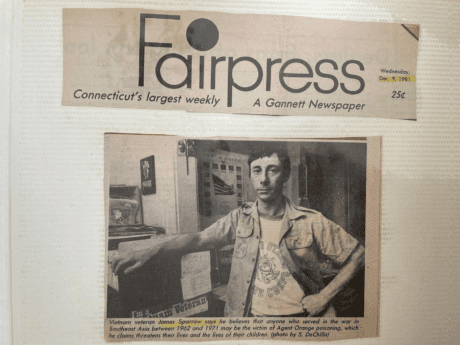