Twenty One Pulaski Street is a Battle Scene.

On .14 of an acre just south of Interstate 95, it’s been individual vs. government, little guy vs. big developer.

Now, even though the tiny parcel has been shrunk to make room for a wider road, and the house that was built there in 1916 is gone, 21 Pulaski St. is back in the fray.

This time it’s city vs. Charter Communications, a Fortune 500 company that delivers cable, internet and phone services in 41 states.

Charter’s glassy 900,000-square-foot headquarters at 400 Washington Blvd. is one of the largest offices ever built in Connecticut, with a 14-story building providing views of Long Island Sound and the Manhattan skyline, and a sister building of nine stories.

The Charter headquarters abuts 21 Pulaski St. and dwarfed the three-story, century-old Victorian where Roland Lesperance once housed his family and rented apartments.

During construction of the Charter complex, developer Building and Land Technology knocked on Lesperance’s door more than once to offer a buy-out. But Lesperance didn’t like the price.

There was little Lesperance could do, though, when the city came knocking, hinting it could use its power of eminent domain to take his property, for a negotiated price, to fulfill a public good.

In this case the public good was to widen Pulaski Street and Washington Boulevard to ease congestion around the nearby train station and Interstate 95 ramp, and improve access to Waterside and the South End, two fast-growing neighborhoods.

Lesperance said the city wasn’t offering him enough to buy a new home for his family and make up for the income he would lose from his rental apartments.

He fought the city’s plan with support from members of the Board of Representatives who hated the idea of the government taking a person’s home.

But, near the end of 2020, a deal was struck. The city bought 21 Pulaski St. from Lesperance for $825,000, according to property records, then used the land to widen the streets.

That solved a problem for BLT because Lesperance’s house was knocked down and out of the way.

But there was a wrinkle.

The road-widening project left a rectangle of property at 21 Pulaski St. that runs into the middle of the Charter Communications complex.

So, in May 2021, the city struck a deal with Charter over the parcel it now owns at 21 Pulaski St. The deal allows Charter to incorporate the parcel into its complex as long as Charter agrees to “grade, landscape and maintain” it for public use at no cost to the city.

For the last year, that’s what the city thought Charter’s developer, BLT, would do, Director of Operations Matt Quinones told the Board of Representatives’ Land Use Committee at its July meeting.

“The agreement was for green space for public use,” Quinones said.

But this summer South End residents began emailing city officials photos of what really was going on at 21 Pulaski St. BLT was pouring concrete and constructing walls, steps, paths and pillars, Quinones told the committee.

It’s work that requires permits, Quinones said. But late last month the Building Department, which he oversees, looked for permits and found none. So the department issued a stop-work order.

City Rep. Annie Summerville wanted to know whether BLT can be penalized for violating its agreement and working without permits.

“What are the ramifications?” Summerville asked. “This is the talk of the town right now.”

That’s because this isn’t the first time the city has issued stop-work orders to BLT, which is rebuilding 80 acres on the South End in a multi-billion-dollar development called Harbor Point.

Controversy began in October 2011, when BLT kicked out the operator of Stamford’s last working boatyard, then the largest in the Northeast. Two months later, BLT ripped out the boatyard buildings on a 14-acre South End peninsula, in violation of the 2007 general development plan for Harbor Point. The plan mandated that a boatyard operate continuously, even during construction.

The boatyard was protected under city zoning regulations and the state Coastal Area Management Act.

So it was not unexpected that city representatives reacted to news that BLT – now Stamford’s biggest developer and largest property owner – appears to be violating its agreement for 21 Pulaski St.

The property once owned by Lesperance was the only one on the block that hadn’t been sold to BLT, city Rep. Nina Sherwood said during the meeting.

“It looks like the developer was using the power of government (eminent domain) to be able to take this property,” Sherwood said. “The fear was that this developer would walk its way in and take over the property because, what is the city going to do with a random piece of property up against a huge building?”

It seems clear, Sherwood said, “that BLT felt … we can do whatever we want.”

City Rep. Sean Boeger addressed “anybody from this company who happens to be listening to this.”

“This is the exact type of behavior that creates the atmosphere where we find ourselves at odds and in so much consternation over activities going on in the South End. I personally find it extremely egregious,” Boeger said. “I don’t care if they’re building that for the public. That is not their property and they just start pouring massive amounts of concrete on top of it.”

It “smacks of an entity that doesn’t think the rules apply to them,” Boeger said.

Requests for comment from BLT’s spokesman were not returned.

After the meeting Quinones said he is in discussion with the city attorney about possible penalties. Quinones said he has no offer from BLT to buy 21 Pulaski St. and no idea what the developer was building there. 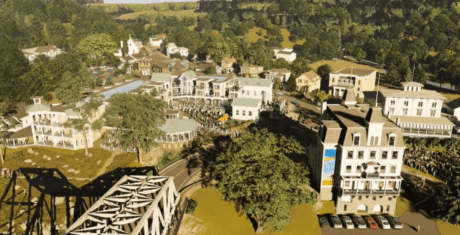 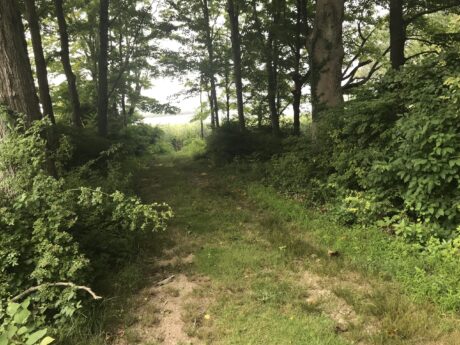 With Survey in Doubt, Dispute Over Ownership, Access to Tantummaheag Landing Heats Up