It’s been a month since the the Supreme Court’s decision to overturn a fifty-year precedent set by Roe v. Wade. Many lamented that this ruling had turned back the clock to 1973, but it has become clear that the reality is actually worse than that.

Today, data tracking is ubiquitous, and this pervasive digital infrastructure can be weaponized against women and healthcare providers. In states that criminalize abortion, a woman’s digital history could become evidence. Personal information from health apps, geolocation tags, keyword searches, and phone records could be subpoenaed in a court of law or sold to third parties.

If this seems far-fetched, consider the common practice of data brokers selling such personal information to third parties like crisis pregnancy centers. These anti-abortion organizations, which outnumber actual abortion clinics three to one in the U.S., have a record of misleading pregnant women. Specifically, many of these centers employ deceptive advertising practices to intercept women seeking abortion care, and then use medical misinformation to intimidate and dissuade clients from ending their pregnancy.

In the wake of Dobbs, the vast troves of sensitive health data collected by crisis pregnancy centers are a particularly troubling threat to privacy. Millions of women who visit crisis pregnancy centers each year provide their identifying information, sexual and reproductive histories, test results, pregnancy, and/or abortion status. However, since these centers do not have medical licenses and do not charge, they aren’t subject to federal health data privacy laws. In other words, they are not held to the same standard of patient confidentiality as actual medical clinics. And because these centers mission is to prevent abortions, they may be willing to cooperate with and assist law enforcement tracking efforts.

The good news is that here in Connecticut we have robust protections for people who have made the very personal decision to end a pregnancy. In May, Connecticut became a legal safe harbor for out-of-state abortion seekers who face prosecution in their home states, allowing them to recover associated legal fees if prosecuted by another state and restricting how plaintiffs can access healthcare records.

Further strengthening our protections, Governor Lamont signed a comprehensive consumer data privacy law, which requires companies to openly disclose their privacy and data collection policy and also cut down on the amount of data they collect. A national version of this law would protect women from having their personal data, like that stored on reproductive health apps, from being used against them by state-level prosecutors. While we wait for Congress to pass a robust federal-level data privacy law, other lawmakers can follow Connecticut’s lead and enact similar legislation in their home states.

The recent Court decision should be a staggering call to action for all of us who work in, or aspire to work in, state and local government. In Connecticut, we have an outsized role to play in securing and protecting reproductive rights for Americans and to safeguard the many rights we enjoy – like same-sex marriage and contraception — that are also entangled with data privacy.

Gavin is a Democratic candidate for State Senate in Connecticut’s 28th district, serving the towns of Fairfield, Easton, Newtown, and Bethel. Learn more at gavinforctsenate.com 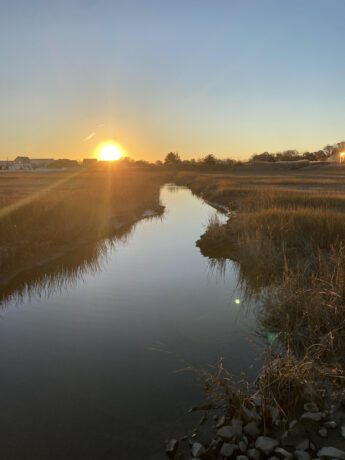