Eversource executives say they don’t expect to know who will purchase the company’s offshore wind interests until late this year, but those efforts to cash out of its wind partnership with Ørsted was front and center for Wall Street analysts piecing together what the sale will mean for the company on its quarterly earnings call.

Eversource CEO Joe Nolan first announced in May that the company was looking to sell its stake in a 50-50 partnership with Danish energy giant Ørsted and plans to build three wind projects off the coast of the Northeast United States.

Nolan said on the company’s first quarter earnings call in May that the New York Bight offshore wind lease auction – which brought in $4.37 billion from companies looking to secure a piece of a 488,000-acre stretch off the coast of New York and New Jersey to develop offshore wind – is what pushed the company to consider cashing in on its investment.

On Friday, presenting the company’s second quarter results, Nolan said the company has seen a “very high level of interest” after recently starting outreach to potential buyers. Nolan said he expects those discussions to be bolstered by recent developments in the region – including a New York solicitation for at least 2,000 megawatts of offshore wind, an upcoming Rhode Island solicitations for at least 600 megawatts and a pending Massachusetts law that will set a target of developing 5,600 megawatts of offshore wind by 2027.

“We are confident that this level of procurement will attract a wide interest in our wind investment, since we continue to believe that the ocean tracts we share with Ørsted are about the most attractive in North America, due to the high average wind speeds, moderate depths, proximity to load, and public policy support,” Nolan said.

Answering questions from analysts on Friday, Eversource executives said the sale would give the company cash to pay down debt in the short-term. Some analysts have been skeptical, pressing the executives on Friday and in May on how the company expects to get back the future earnings it will lose by selling its stake in the wind projects.

Nolan said the company would still be able to capitalize on offshore wind outside of its joint venture with Ørsted by focusing on connecting offshore wind to the onshore grid. He said they expect more clarity on where those connection points will be over the coming months.

“We are in what I would say is the crown jewel of service territories,” Nolan said. “We are in the load center here. Whether it’s in Connecticut or Massachusetts, this is where the load is, and that’s where folks want to connect.”

Eversource has “billions” of dollars of debt that will be due in 2023, around the time that they expect a sale to close – so the proceeds will go to paying that down, explained Eversource CFO John Moreira.

Moreira said the company expects it would need to make about $3 billion of those investments to replace the potential future revenues the company could have earned from selling power from its joint offshore wind farms with Ørsted.

Moreira said the company is “well on its way to reaching that,” with advanced metering and offshore wind interconnections making up about half of the needed investments. With additional upgrades to the distribution and transmission system, Moreira said they were “very confident” they could reach the level of investment needed to replace offshore wind revenues.

Nolan said the company expects it will know in the fourth quarter of this year who will buy its interest in the offshore wind venture, and that the deal will close in 2023.

It’s Not Every Day the Town of Waterford Hosts the U.S. Energy Secretary 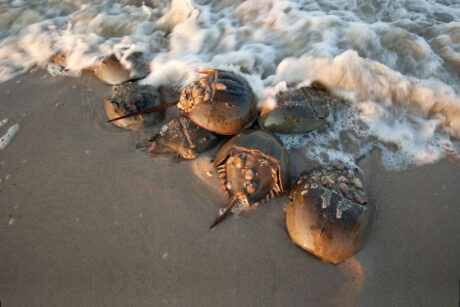