NORWICH – It’s unclear what exactly brought the dolphin that was spotted at the Norwich Marina Thursday morning so far inland, but it appears to have left the area in good condition, a Mystic Aquarium official said.

Videos of a small dolphin jumping out of the water in the marina spread across social media this morning. Alexandra Cojocaru, an animal rescue technician at Mystic Aquarium, said the aquarium received a report around 7:30 a.m. that the dolphin was behaving erratically amid a lot of boat traffic.

Cojocaru said the aquarium consulted the National Oceanic and Atmospheric Association, who recommended monitoring the dolphin. Norwich police asked fishermen to pull their lines from the water and managed boat traffic until it appeared the dolphin had left, Cojocaru said.

She said it wasn’t possible to identify the dolphin from the videos the aquarium has received, but it appears to be a young dolphin because of its size.

Tashara Elliott said her father, Sheldon, accidentally hooked the dolphin while fishing for striped bass at Norwich Marina with his friend on Thursday morning. She said they called for help to make sure the dolphin was okay, and they came to help release the animal safely.

Elliott posted the video her father sent her, and it’s been shared more than two thousand times on Facebook as people marveled at the unusual sighting. The dolphin can be seen jumping erratically, which caused some concern, but Cojocaru said the aquarium received other videos where the dolphin appeared to be

“We are hopeful that this was a healthy dolphin that was in relatively stable condition and had just come in for a variety of reasons,” Cojocaru said. “It’s not common, obviously, to see dolphins so far inland, but it’s not unheard of.”

It isn’t possible to know for sure what brought this dolphin up the river, but in the past, dolphins have come inland while hunting, Cojocaru said. They also can come inland when there is an event out at sea that pushes them in, but in those cases there will usually be more than one dolphin. Since the dolphin appeared to be young, it’s possible it got turned around, Cojocaru said.

Dolphins primarily live in saltwater, but they can survive in freshwater, Cojocaru said. If they spend too much time in fresh water, they can develop skin issues. The aquarium has volunteers monitoring to see if the dolphin appears anywhere else along the Thames River, and if it needs any help getting back out to the Long Island Sound.

“We’re hoping that it’s making its way back out on its own,” Cojocaru said, adding that they will continue to monitor the situation.

Cojocaru said that people are welcome to call the Mystic Aquarium hotline if they have any further reports or sightings to make, at 860-572-5955, extension 107. 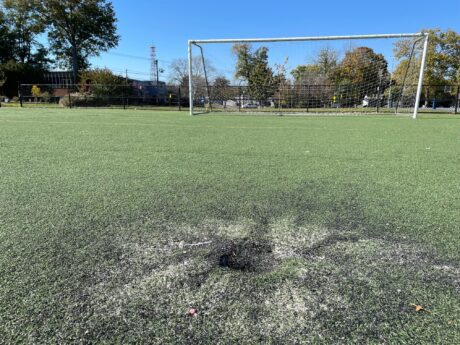 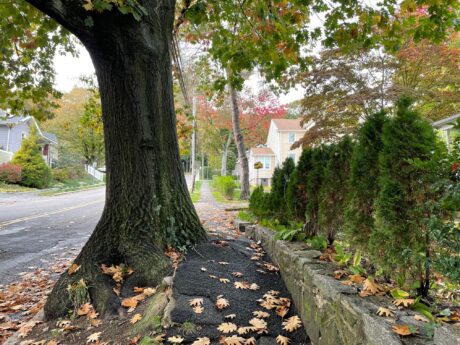