While seeking work from the Connecticut Port Authority in 2017 and 2019, investment firm Seabury Maritime Capital paid for tickets to a Boston Bruins playoff game, an overnight stay in a Greenwich country club, a leather handbag and more for Port Authority employees, and one’s spouse – according to the Office of State Ethics.

Seabury agreed to pay a $10,000 fine for ethics violations from giving around $3,000 worth of improper gifts to unnamed Port Authority employees while trying to build a business relationship with the quasi-public, which paid Seabury a $523,000 “success fee” to find an operator for the New London State Pier in 2018.

“If an ethics complaint was brought against a specific person, that person would be identified in a consent order if one was to be issued,” Lewandowski said.

Lewandowski said he could not confirm or deny if any of the unnamed individuals noted in the Seabury consent order were the subject of further investigation by the Office of State Ethics.

The Office of State Ethics said that in May 2017, while Seabury was responding to requests for proposals from the port authority, the company paid for an “upper management” port authority employee and their spouse to attend a fundraising event for a college in New York – where the company also bought them at least $300 in food, drinks, and a leather “personal accessory.”

In August, Seabury paid about $200 for the same employee and their spouse to stay overnight at a private country club in Greenwich, where the company bought them and a port authority board member about $300 worth of food and drinks, according to the Office of State Ethics.

In April 2018, the Port Authority hired Seabury to issue a request for proposals for an operator for the State Pier, where the state was preparing for the major redevelopment of the pier into a hub for offshore wind construction. Henry Juan, a managing partner at Seabury, had resigned from the Port Authority Board two months before, in February.

The Port Authority selected Gateway out of Seabury’s request, and paid Seabury a $523,000 “success fee” that has been questioned by the state contracting watchdog.

In 2019, Seabury was under contract to advise the Port Authority, and was seeking more business from the quasi public, according to the Office of State Ethics. The company paid for the same port authority employee and spouse to attend a fundraiser in New York in April, and paid for about $300 worth of food, drinks, and a leather handbag.

Less than two weeks later, the company bought that same port authority employee and a second employee each $675 tickets to an NHL Conference Finals game in Boston, as well as food and drinks at the game, according to the Office of State Ethics.

“Private companies that seek to engage state and quasi-public agencies for contracts must understand that fostering good will with state officials and employees cannot involve provision of impermissible gifts,” Lewandowski said.  “Violation of the Code’s gift laws will be forcefully prosecuted by the Office of State Ethics.”

The Port Authority said that the fine was an “unfortunate reminder” of issues under “prior leadership” of the authority in 2017 and 2019 – when the quasi-public agency was helmed by Executive Director Evan Matthews, who was the only upper management Port Authority employee listed in state payroll records for 2017.

Port Authority spokesman Andrew Lavigne said that the board has progressed under new leadership beginning in late 2019, when David Kooris took over as chair of the board – which had two chairs resign in quick succession in 2019, Scott Bates and Bonnie Reemsnyder. John Henshaw replaced Matthews as executive director in August 2020.

Lavigne said that since then, the authority overhauled its policies and procedures with the help of the Office of Policy and Management and outside auditor. That includes annual ethics training for board members and employees, Lavigne said.

“We learned today of this outcome of the Office of State Ethics’ investigation into these matters from three plus years ago and, based on their efforts to hold individuals and companies accountable, Authority stakeholders should be reassured that matters from the past will be thoroughly and transparently investigated,” Lavigne said.

This story has been updated with an explanation of Ethics procedures. 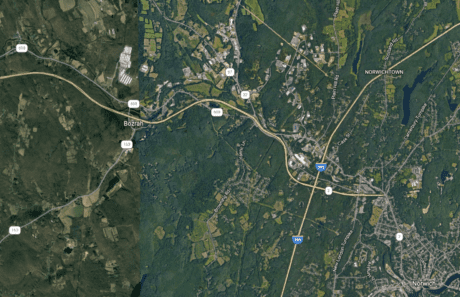 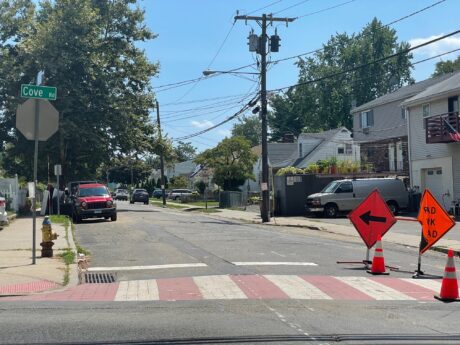