Laura Christie, owner of Christie Caters in Fairfield County, said she’d seen an increase in demand for her food truck, Farm to Truck, in comparison to her catering business.

“I think people notice they can get a better deal and still feed a lot of people,” said Christie.

Christie said she found her truck, which specializes in locally-grown food, was particularly popular with young people’s weddings. She said they’d discovered that they can have a good experience and pay about half what they would otherwise spend.

“Up-and-coming younger couples now, they totally get it,” she said.

Diana Hall, one of the owners of Melt Mobile, which sells specialty sandwiches, said her business was up 25 percent in the last two years. She attributed it to a greater desire — spurred on by the pandemic — to host outdoor events, and a backlog of gatherings that were postponed for two years.

Hall said the events she’s catered have gone from more casual get-togethers to formal affairs like weddings, bar mitzvahs and even memorial services for loved ones who died during the pandemic.

Gibbons agreed that the pandemic has helped bring food trucks into the mainstream over the last two years. He said that people went from using large event venues to smaller parties in their backyards.

“I think people, even if they’re just having a 4th of July party at their house, they’d rather just pay somebody to come and do it and then pack up and leave than stand in front of a grill for two and a half hours, three hours, while everybody else is having a good time,” said Gibbons.

Kathy and Mike McGovern, the owners of Baked and Sauced, which provide desserts and drinks for private events like weddings, said that the pandemic shift from indoor parties to outdoor events has stuck around.

“As offices are starting to bring people back on sort of a limited basis or they’re phasing it in … there still seems to be a little bit more comfort with having these types of events outside,” said Mike McGovern.

And Gibbons and Hall both said they have seen a shift from the more traditional role of having trucks idle on street corners to making scheduled appearances for parties, at corporate offices and at schools. The old model, Gibbons said, was too hit-or-miss.

“Those clients that want us to just come to an office park or a corporate campus and sell food and have the employees buy their own food for lunch or something, they’re guaranteeing us a certain amount of sales,” said Gibbons. “I don’t have to worry about whether we’re going to go and have a bad turnout or not.”

And there’s reason to think those numbers have continued to grow, particularly in the aftermath of a pandemic that shuttered restaurants and event venues and encouraged more gatherings in outdoor spaces.

Cities and towns in Connecticut have recently done more to attract food trucks. In September 2020, West Hartford opened GastroPark, an outdoor venue with rotating food trucks. Hartford is preparing to create a similar food truck park on an unused lot in the city’s West End. And last month, East Hartford passed an ordinance to make it easier for food trucks to set up shop in town.

Connor Martin, chief of staff in the East Hartford mayor’s office, told CT Examiner that making it easier for food trucks to operate in the town came from the desire to support small businesses coupled with needing to meet the increased demand for grab-and-go meals that started during COVID.

A  new ordinance in East Hartford  allows food trucks to operate at town parks and buildings during events and allows food trucks on public roads in the business district, where there are few restaurants. He said the trucks will provide more variety to workers looking for places to eat lunch.

“We’ll have grab-and-go, we’ll have sit-down, we have fast food, you can order to your home. We want to provide all those different options to enhance the dining experience for residents here in East Hartford,” said Martin.

But Tate Norden, the founder of GastroPark in West Hartford, said that food trucks in Connecticut are still hampered by zoning regulations that make it difficult for the trucks to travel from one town to another. Norden said that a bill recently passed by the legislature will establish a pilot program allowing trucks to apply for a permit that will allow them to sell food in a number of towns across the state that opt into the program.

“It is time and cost prohibitive in many instances for a food truck operator to pull a permit in every single municipality that they’re going to work out of, especially if they’re not entirely sure if this is a place that they want to go regularly,” Norden explained. “Our goal is to make that process easier so that there’s still oversight, there’s still quality control from a health perspective, but it allows food trucks to be able to move between district to district in a more streamlined fashion.”

Norden said that he hopes the new legislation will make it easier to attract a bigger variety of trucks from further away to come to the GastroPark. He added that a fixed vending area like GastroPark also helps business owners by cutting down gasoline expenses.

The park typically has between two and four trucks on a rotating basis, offering everything from tacos to pad thai to pizza. And, of course, there’s Norden’s own truck — a vintage 1959 Chevy Viking farm truck that they rebuilt into a mobile woodfired grill.

“I would say seven or eight out of 10 times you go and order food from a food truck, the owner of that food truck is up in there making it, or being involved in the food creation process. So there’s a lot of pride in ownership,” he said. “You’re supporting a locally owned, locally operated business where the owner is physically getting his hands dirty and overseeing the business.”

“Crazy” prices and a shift toward casual

Although the same price increases and labor shortages that have been affecting all businesses haven’t spared these mobile vendors, those who talked to CT Examiner said they have found ways to keep operating.

Hall said that while the increased food and gas prices cut into her bottom line, business is okay — mainly because the profit margins for food trucks are already fairly high in comparison to a restaurant. While food trucks often need to rent kitchen space for cooking, owners avoid another major cost of restaurants — paying rent on storefronts.

For Hall, labor is a bigger issue.

“I have to pay everybody so much money. Nobody wants to work,” said Hall. “My 72-year old-mother had to work with me a couple times, because I was that desperate.”

Gibbons said he has enough workers, but that he had to raise some of his prices for travel and the cost of his catering packages to keep up with the gas and food costs. Christie said that she also was dealing with “crazy” prices, and that it was hard to know what the costs were going to be a year from now.

The McGoverns, however, said that they haven’t been affected by the gas prices — mainly because they are sticking closer to their home base in Norwalk.

This doesn’t mean there’s a shortage of business, though. Kathy said that she and Mike have been catering the huge backlog of weddings postponed during the Covid years. Venues are booked and charging more, they said, paving the way for food trucks to roll in.

Plus, it’s a more comfortable way to have a party.

“I think a lot of people are just realizing how fun it is. [It’s] nice to just [do] something in your backyard or … at the beach or something like that and just have a bunch of food trucks pull up for your wedding or something. [It’s] much more casual. And the guests seem to enjoy it more,” said Kathy McGovern.

Norden agreed. He said that food trucks give people more freedom to either grab a bite and go or linger for hours without having to be concerned about the traditional restaurant timeline of ordering, waiting and departing to make room for the next customer.

“A lot of people want a place where they can come and hang out for a quick amount of time because they have to get to work … or a place [where] them and their friends can hang out for hours,” he said. “GastroPark or food truck experience is never going to replace the sit-down dining experience, but I think more and more people want and are seeking out these non-traditional dining experiences that allow them to kind of choose their own adventure.” 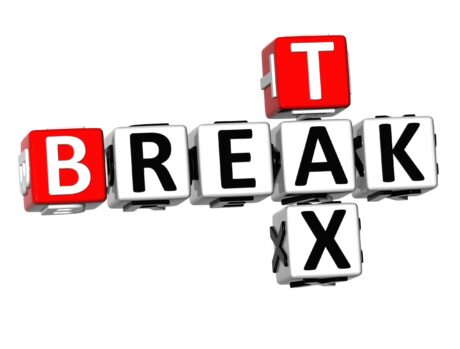 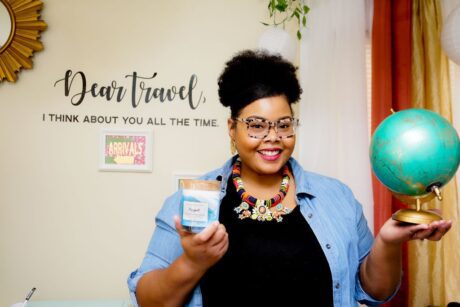