LYME – Amid a tangle of invasives that make up much of the understory of the heavily-wooded Banningwood Preserve, clusters of beech saplings have sprouted up where light filters through the tree canopy.

It’s late June, but the leaves of the young beeches – known for holding on to their leaves longer than most trees – are dry, puckered and leathery to the touch. The leaves are green, but not the right shade, some striped light green alternating with dark between each vein. Others are mostly dark green – opaque, blocking the sunlight entirely.

The trees are showing signs of beech leaf disease – a condition caused by a mysterious nematode that is threatening beech trees from Ohio to Connecticut from Maine to Virginia.

Sue Cope, Lyme Land Trust’s environmental director,  hikes this trail frequently and recognized the characteristic light green-dark green stripes on beech saplings last year.  But that was a few leaves on a few saplings. This year is different. There isn’t a beech in this cluster of trees that doesn’t show signs of beech leaf disease. Squinting up into the canopy, even the mature trees have leaves that are opaque and cupping.

And it isn’t just Banningwood.

The next year, there were cases in every county except for Hartford County. Since then, the station has asked residents to stop reporting sightings. It’s everywhere, it’s severe, and responding to every sighting just takes away time and resources from studying it – an endeavor Marra said is already understaffed and underfunded.

“It’s not just in more places,” Marra said. It’s the unexpected severity that’s blowing out minds, as well as many in the public. It’s just shocking. It’s like the disease equivalent of a wildfire.”

A quickening pace along the eastern seaboard

First spotted in Ohio off the shore of Lake Erie in 2012, the disease has been characterized by deformed and discolored leaves – the product of a nematode that lives inside leaf buds.

This year, Marra said they are seeing effects that are even more severe. Leaves aren’t sprouting at all, or the leaves that do sprout are so damaged that they almost look waterlogged, and leaves have started falling as early as June.

What’s especially shocking is the impact on large trees – some have just a quarter of the canopy cover they usually provide, letting more sunlight through to the forest floor, Marra said. That dramatically alters the ecology of Connecticut’s woodlands, he said.

“In some ways, it could be promoting the release of saplings, hopefully of hickories and oaks and birches, and anything else that’s native,” Marra said. “Unfortunately, there’s plenty else that’s not native that this light is also going to promote the growth of – like Japanese barberry, oriental bittersweet, Japanese stiltgrass, black swallow wort, garlic mustard – you name it.”

Beech leaf disease is far from the only invasive pest threatening native trees. Emerald ash borer has ravaged the state’s ash trees, woody adelgid has done the same to hemlocks, and spongy moth the oaks.

Sean Redding, Eversource manager of vegetation management, said that when an invasive disease or insect is introduced to a new environment, there isn’t a natural balance between the pest and the trees, since the two have not evolved alongside each other and the trees haven’t developed a defense.

Areas with ash trees experience double the number of outages as the trees fall. And for years Eversource has been racing the emerald ash borer, in an effort to clear out ash trees before the insects get to them and they become a hazard to the electric distribution system – but the insects move faster than the utility can keep up, Redding said.

Beech trees have had their share of distress already.

Beech bark disease has slowly moved down from Nova Scotia to the southern Appalachians over the last century, killing millions of beech trees. The disease, caused by native and invasive insects that feed on beeches, leaves them vulnerable to native fungi that ultimately kill mature beeches.

Bark disease is already apparent on older beeches in Banningwood where mature trees are losing the branches of their upper canopy, letting light to flood in. Amid the tangle of invasives on the forest floor, beech saplings are sprouting in the sunlight, but are now displaying deformed leaves.

“There’s no solution for this right now, and nobody knows how to cure it, or fix it, or slow it down,” Cope said.

Ohio has had a head start in coping with the impacts of beech leaf disease, which spread slowly across Pennsylvania and New York before appearing to explode along the eastern seaboard between Maine and Virginia in recent years.

At Cleveland Metroparks, Forest Health Project Coordinator Dan Volk said they began a long-term monitoring program in 2015 to evaluate the impact of the disease on adult trees. They’ve noticed that saplings deteriorate and die much faster than mature trees which suffer progressively thinning canopies over several years, some eventually dying after five or more years.

But in the northeast, including Connecticut, that progression appears to be happening much more quickly, Volk said, and it’s not yet clear why.

Volk said beech bark disease has been a bigger problem in the northeast than in Ohio, so it’s possible that the bark disease weakened trees and made them more susceptible to severe effects from the leaf disease.

Marra said that the nematode that causes beech leaf disease travels on water, so it’s possible that frequent rains last year allowed them to spread more and lead to more widespread and severe effects this year.

In Ohio, Volk and other researchers are looking for possible treatments that would be feasible for protecting ornamental trees, and at the possibility that some beeches are naturally immune to the disease.

“We can’t say, well, ‘what happened last time we had a foliar disease of trees caused by nematodes?’ because there’s never been a last time,” Marra said. “We don’t understand a lot. We’re trying to learn the life cycle of the nematode, how the disease spreads. There are studies going on, but we’re woefully underfunded.”

Marra said Congress needs to provide more funding for the U.S. Forest Service, which is dealing with a host of issues from the emerald ash borer to wildfires in the west. And the state could fund more technicians to help its overwhelmed scientists.

For now, the future of the beeches and the ecology of the forest they inhabit are uncertain, but foresters and ecologists can speculate. Marra said one theory is that, if the disease reaches the point where a substantial amount of beech trees die, the nematodes would effectively eat themselves out of a home. Even then, it’s difficult to see the nematodes disappearing entirely as long as there are beeches, he said.

Beech nuts are also an important source of food for foraging animals like bears and squirrels, and the impact of the disease on the trees’ ability to produce nuts isn’t clear.

There’s also the question of what will sprout up from the forest floor around beech clusters as the canopies thin.

Cope takes the optimistic view. Trees want to live and find ways to adapt to a changing environment. It may take a long time for beeches to figure out how to survive, but that creates an opportunity for other trees, she said. Losing the beech canopy might give oak and hemlock saplings in the undergrowth a chance to thrive, she said.

“I like to think of it as, maybe this is an opportunity for something else to pan out,” Cope said. “I mean, there’s really no other option. There’s no way to stop it or change what’s happening, so let’s see what happens.” 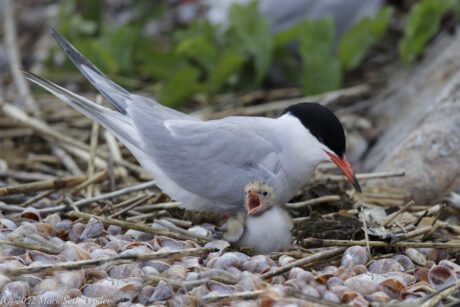 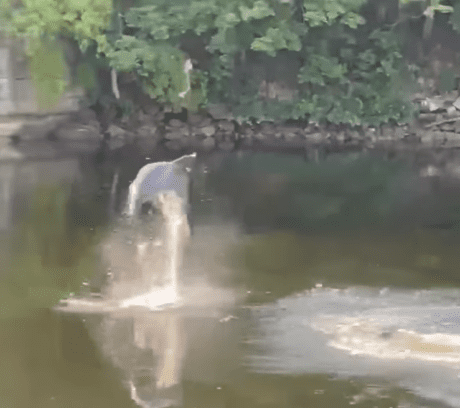