The results of an agenda item at the Lyme Board of Selectmen meeting would not usually draw the attention of anyone who does not live in the small town, but citizens throughout Connecticut should take heed of what is about to transpire on July 5.

The first selectman, Steve Mattson, is stepping down, claiming that “it’s time,” and announcing his desire for travel and golf (“Lyme First Selectman Announces Intention to Retire July 5,” CT Examiner, June 27). Accordingly, the remaining selectmen will appoint a new leader from among themselves or from someone outside the board—that is, someone not elected to the position.

It remains unclear why Mattson chose to run in 2021 if he had no intention of serving out his term. However, some historical information may reveal his motives and those of his colleagues.

In 2015, Mattson was third selectman and the chair of the Lyme Democratic Town Committee. He recommended the DTC endorse Republican Ralph Eno for another term as first selectman. I know this firsthand; my wife and I were then new members on the DTC. Mattson made this recommendation when my wife and one other member were at another meeting. Accordingly, I was the only person to object on the grounds the plan both violated the purpose of a town political committee and was decidedly undemocratic, as it would essentially rob voters of choice. The DTC overwhelmingly accepted Mattson’s proposal. My wife and I resigned thereafter in protest of his actions.

Ralph Eno was elected in 2015, but retired before the next election in 2017, paving the way for Mattson to be appointed his first term as first selectman. It was precisely as the two men had planned, and it explains why Mattson was adamant about the DTC endorsing a Republican.

Following the same pattern, they endorsed Mattson for first selectman, assuring there would be no rivalry for the town’s leadership. On cue, Mattson will now retire, allowing a preordained person to become first selectman without a legitimate election or even a contest of ideas.

Mattson, the two other selectman, and the Democratic and Republican Town Committees have concocted a way for a handful of people to select the town leaders rather than to run honest elections and entrust the matter to voters. It is shamefully antidemocratic. And it for that reason all citizens should pay attention and investigate if it or a similar scheme lurks in their municipality.

I am incredulous that it must be said, but the protection of democratic institutions is a primary responsibility of all political parties. When politicians exploit our trust, no matter how minor the leadership role they occupy, they destroy yet one more thread holding together our collective commitment to the democratic process. The Lyme selectmen and both town committees appear to have abandoned that responsibility. I hope all those in other towns nourish and restore their commitment to a robust democratic society and to a respectful competition and exchange of ideas.

The health of democracy is not, of course, solely the prerogative of politicians and political parties. When we citizens do not object to such undemocratic tactics, we contribute to the disintegration of our democratic culture. When we applaud such actions simply because we might benefit—as Mattson once told me that I should be pleased a Democrat would be first selectman—we turn away from our ethical responsibilities and from the promise of the democratic experiment.

We citizens must hold even those in our own parties accountable to democratic ideals. If we do not, we may all soon face what is transpiring in Lyme, where a small group can compromise everyone’s essential rights. 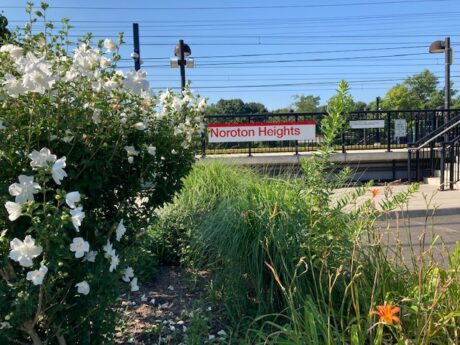