OLD SAYBROOK – A local developer is proposing to build a new shopping center on a wooded property just south of Interstate 95 at the Spencer Plain Road exit.

SPR Oasis, LLC, registered to Andrew Chester, is proposing to build a shopping center with a 20,000-square foot grocery store, a drive-thru fast food restaurant and a drive-thru coffee shop at 52 Spencer Plain Road. The site is separated from the neighboring Max’s Place shopping plaza and Big Y supermarket by the Northeast Corridor railbed.

Joe Wren, the engineer representing the developer, told the Inland Wetlands Commission in a public hearing on Thursday that they don’t know for certain who will occupy the buildings yet.

The proposal for a new grocery store plaza is one of several that developers have raised for Spencer Plain Road over the past year, including a proposal to allow drive-thru restaurants as part of a redevelopment of the plaza on Boston Post Road containing Alforna Trattoria, and a proposal to allow a Big Y gas station in Max’s Place.

The developer is applying for approval from the Inland Wetlands Commission given that the proposed plaza would involve disrupting two wetlands on the property, which Wren said are a product of Interstate 95.

That public hearing began last week and will continue at the commission’s July meeting. If it receives wetlands approval, the development will still need to have a site plan approved by the Old Saybrook Zoning Commission.

According to Wren, when I-95 was built, the site was level with Spencer Plain Road, but DOT needed to raise the grade about 15 feet to build a bridge for the road to cross the Interstate. Water had been able to flow east and west out of the property, but the new grade effectively created a large dam that trapped water and created two wetlands pockets on the property, Wren said.

The development would involve filling about 2,000 square feet of those wetlands in order to build an access driveway from Spencer Plain Road to the plaza. The remaining wetlands will be expanded to make up for the filling, and will also be cleaned up, Wren said.

Bob Russo, the wetlands scientist representing the applicant, said that those two wetland pockets on the western side property are disconnected from other wetlands in the area and don’t serve a significant purpose. Russo described the wetlands as “mistreated,” from dumped plastics, tires, construction debris and other bulky waste.

A wetland on the eastern side of the property – a wooded swamp – is also disconnected from other wetlands, but it does stretch beyond this property, Russo said. The plan is to leave a wooded buffer between the development and that wetland. Russo said he did not find vernal pools in any of the wetlands. 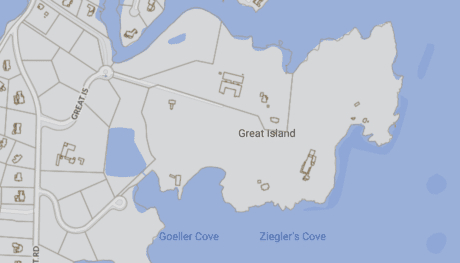 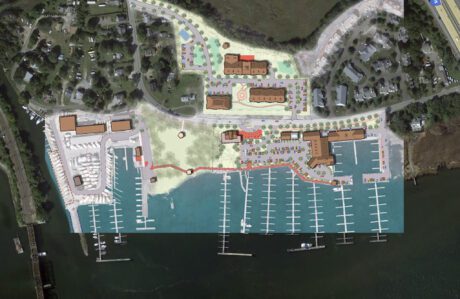 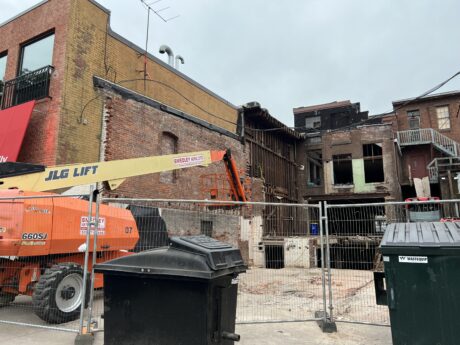