Jasper McLevy has become a largely forgotten figure outside Bridgeport, the city he ran as
Mayor. In an office with a long history of colorful characters, McLevy stands only second to P.T.
Barnum in sheer oddity. Born in Bridgeport in 1887, McLevy became a card-carrying socialist
party member in 1900. A gifted orator, he soon became heavily involved in city politics, running for Mayor nine times before he was finally elected for the office in 1933.

Businessmen and financiers expected the worst. In the midst of the Great Depression, Bridgeport had elected a radical, a socialist, for its highest office. You could almost hear them, running for the hills, terrified of the upcoming revolution.

It did not come to pass. Bridgeport, back then, was a city rife with patronage and corruption, where well connected contractors plundered the coffers and city contracts went to those that were on the good side of the Mayor. McLevy started his term by passing an ordinance banning city employees from receiving city contracts, a first in the United States. He withheld the trash collection and sanitation services from private hands and moved them back to the city. He instituted the then-revolutionary practice of putting all the city contracts for open bids, and opened all board and commission meetings to the press and public.

As he cleaned the notoriously corrupt city government, eliminating patronage jobs and instituting a merit system in the police and fire department, McLeavy became famous both for his obsessive fiscal restraint and focus on service delivery. He believed that the best way to advance social justice was by building a city that worked, with competent, honest administrators that did their job well and spent the money wisely.

Jasper McLevy did, in fact, govern for a long time; he was Mayor for 24 years, the longest-serving politician in that office. All politicians have flaws, and McLevy had many. His stinginess was excessive; he constantly fought with city employees (to the point of trying to block their efforts to unionize) and by the end of his tenure, was more worried about keeping taxes low than on protecting workers. There is something about McLevy´s tenure and approach to politics, however, that I find deeply engaging: the idea that good government comes first. In the political parlance of the era, McLevy was known as a “sewer socialist”, part of a cohort of progressive leaders that believed that you could not build socialism without good governance.

The term “sewer socialism” was, at first, used as a way to mock the then-socialist mayors of Milwaukee, Wisconsin, and their perpetual boasting of how wonderful the sewage system they had built was for their city. What the critics did not realize, and the Milwaukee socialist did, was that effective, basic public services matter a lot more on the lives of common voters than the promise of future revolution. So deliver sewers they did, transforming their community for the better in the process.

Activists and politicians like to talk about big projects and ideas. We care about big concepts like equity, structural racism, equal opportunity, and social justice, and we like to talk about them endlessly, always seeking to have the big conversations about values, principles, and the rest. As someone that writes (a lot) for a living, I greatly enjoy these debates and I truly believe that they are critically important both for the work we do and for where we want to go as a state.

Before we get there, however, it is important to remember the vast majority of voters will greatly appreciate it if someone could fix the sewer line that dumps tons of putrid waste to their harbor first. After that, they probably really want someone to pick their trash on time, have a housing inspector tell the landlord that they do need to fix that mold problem, and have a police department that is actually keeping them safe, not harassing them. Then they want their schools fixed, someone to patch up the pothole in the corner, and on, and on, and on.

These voters are not wrong. Politics calls for big ideas, but big ideas only make sense if they are actually there to solve concrete, specific problems. Progressives should take great care to ensure that the government works and that it is capable of delivering its services cheaply, efficiently, and competently. Without them, voters will quickly grow tired of putting up with our big words and concepts, for starters. But more importantly, without a good, competent, government we would not be able to solve any of these big problems we are so fond of talking about.

Here is what Emil Seidel, elected in 1910 as the first socialist mayor of Milwaukee, wrote about his tenure: “Some eastern smarties called ours a Sewer Socialism. Yes, we wanted sewers in the workers’ homes; butwe wanted much, oh, so very much more than sewers. “We wanted our workers to have pure air; we wanted them to have sunshine; we wanted planned homes; we wanted living wages; we wanted recreation for young and old; we wanted vocational education; we wanted a chance for every human being to be strong and live a life of happiness. “And we wanted everything that was necessary to give them that: playgrounds, parks, lakes, beaches, clean creeks and rivers, swimming and wading pools, social centers, reading rooms, clean fun, music, dance, song, and joy for all. “That was our Milwaukee Social Democratic movement. There was but one way to get all of that – GO AFTER IT AND GET IT.”

Jasper McLevy and the rest of sewer socialists understood that in order to change things, you must be able to deliver. Let’s ensure that our appreciation for big ideas does not get in the way of improving the lives of those we seek to serve and the problems that lie right in front of us. 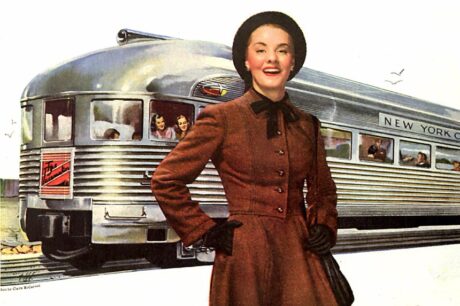