OLD LYME — The town will be ushering in Juneteenth with a mixture of jazz and poetry led by a well-known jazz quartet and four Connecticut poets who will be reading verses in commemoration of slaves who lived in Old Lyme.

The event is a partnership with the Old Lyme Witness Stones Project. The project is modeled after Berlin’s Stolpersteine, or “Stumbling Stones” — individual plaques that appear throughout the city to commemorate the victims of the Holocaust. In Old Lyme, the organization has installed 30 brass plaques in different areas of the town as a way of honoring the lives of the enslaved people who once lived in the town.

According to the organization, more than 200 slaves, both African American and indigenous, lived in Lyme between 1670 and 1820.

The four poets who will be reading at the celebration — Antoinette Brim-Bell, Marilyn Nelson, Kate Rushin and Rhonda Ward — each selected several of the enslaved persons recognized in the plaques and transformed the historical information that exists about their lives into a piece of poetry. To accompany the poems, the jazz bassist Nat Reeves will be playing a tribute to the enslaved persons who formerly lived in the town.

In an interview with Poetry Magazine in November 2021, the four poets explained that they met with Carolyn Wakeman, a former professor at the University of California, Berkeley, to discuss the histories of the people they would be evoking in their writing. Poet Kate Rushin told CT Examiner that being able to visit the homes where their subjects lived and their grave sites with Wakeman was important for her  writing.

Rushin said that being part of the Witness Stones Project had special meaning for her. A native of Southern New Jersey, Rushin came from an African American community founded by people — including members of her own family — who escaped from slavery on the Eastern shores of Maryland.

Rushin and poet Antoinette Brim-Bell told CT Examiner that part of their goal was to be able to bring the historical figures to life.

“It’s very easy to see people of the past as one dimensional. And I think that our poems, our witness stones poems, remind us that they were actual people, with their personalities, with their triumphs, with their failures,” added Rushin.

Rushin said she evoked her characters by taking the limited knowledge she had of their lives and finding a connection with her own past. In her poem “Fishing For Shad,” she constructs the story of Jack Howard, a slave who was sold at the age of 14.

Rushin said that shad, a type of fish related to herring that is found in the Atlantic Ocean and on the East Coast, had a particular place in her own family history.

“My grandfather, hailing from people from the Eastern shore of Maryland, was a seafood person. And in our family, Easter dinners were, [for] a number of years, our aunt would always fix shad and shad roe.”

When doing research, Rushin said she discovered that the early European colonists disliked shad, and so they sent it to feed enslaved people in the West Indies. She also found from a trip to the Pequot Museum that shad played a part in Native American culture. She brought these elements together in her poem.

They hate this boney fish.
They think it stinks.
They salt it up in barrels,
ship it to the West Indies,
feed it to people
they brand slaves.

Brim-Bell talked about going beyond her subjects’ position as “slaves” and considering their personalites and complexities, and how they moved in the world.

She said that in doing the historical research, she was able to delve deeper into the lives of slaves during that time — what they ate, how they lived, what it meant to make soap from scratch or work on the sea.

One of her poems is based on the life of Caesar, a mariner born in Old Lyme in the 18th century who ran away at the age of 22.

To dream of freedom is arrogance. Waiting is work; waiting for God to trouble the water. Caesar will be free, in this life or the next. No man can own another man’s soul—body maybe, but a man’s soul on the zephyr is free. The sea is one long sigh.

“I wanted to know what it meant to be on the sea if you were a slave at that time. That took me down all different kinds of wonderful and amazing rabbit holes,” said Brim-Bell.

For Brim-Bell, working together with other poets was a rare treat and also helped alleviate some of the isolation of the pandemic.

“Writing is a solitary practice. You spend a lot of time by yourself,” said Brim-Bell. “Having the three other amazing poets that really made you want to up your game and brought so much knowledge and intensity to the project, and having the historian to add some type of … legitimacy and true historical material to work with was also a tremendous advantage.”

Poet Rhonda Ward echoed Brim-Bell, saying that during the pandemic, when everyone was locked inside, she spent time driving around and “talking” with the enslaved persons she wanted to evoke, and listening for a response.

In one of her poems, Ward imagines the world through the eyes of Nancy Freeman, a slave who’s life “became increasingly troubled with alcohol” and who was excommunicated from the church in 1830.

My legacy was bondage.
The legacy of my children is bondage.
How then do I reconcile this life?
My condition has built in me an anger that scratches
like a prickly branch every second of every day.
It has made me as unruly as forsythia
and equally as uncaring about my unruliness.

Ward told CT Examiner that the quest to give an authentic voice to the people she was writing about was not always easy. But she said being able to participate in the project was a learning experience for her, and one that also gave her an opportunity to educate other people.

“This project, for me, was an eye opener about [the] enslavement of people in the north – Africans and Native Americans. And so to be able to dig into that history and to learn, and then to be asked to give voice to these enslaved people, for me, that was an honor,” she said.

Rushin said that she hoped the poems would give people a greater understanding of the role of enslaved people in the creation of the country. She said it meant a lot to be part of a celebration that granted state and federal recognition to a day that originated from a community of African Ameircans in Texas.

“I want everyone to appreciate all the work that formerly enslaved people put into building our communities and our state and our nation. And I would like everyone to have a greater appreciation for those contributions from the past and contributions here in the present,” she said.

Brim-Bell said that the survival of the enslaved individuals was in itself a triumph, and something that needed to be honored through the passing down of their stories.

“We are here today, those of us who are descended from the formerly enslaved, because they didn’t give up, and because they were resilient — because they figured a way out of no way. And I think that’s to be celebrated and not to be forgotten. And I think these stories need to be told, and they need to be retold and they should be a part of our history collectively and culturally.”

The Juneteenth celebration will take place on June 18 from 2 to 4 p.m. on the lawn of the Florence Griswold Museum in Old Lyme, CT. Admission is free. 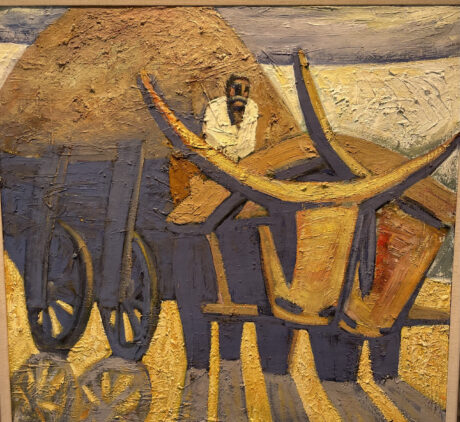