The debate over stemming the spiraling cost of living, and the appalling epidemic of death by gun violence, dominated the state and national political conversation again this week, as hearings on the storming of the U.S. Capitol on January 6 kept alive the war of words over the state of our democracy.

And in a perhaps surprising bit of bipartisanship, agreement on climate-change legislation in Hartford.

“Today will be an expensive day for CT residents. Despite Biden Lamont Inflation at 40 year highs, Office of Gov Ned Lamont will INCREASE taxes on diesel gas. We should suspend the diesel tax and give people a break, not make it even harder by increasing taxes when CT families are already struggling.”

— Republican candidate for Governor Bob Stefanowski in a Facebook post reacting to Lamont’s announcement Wednesday that Connecticut’s tax on diesel fuel will increase on July 1 by 9 cents per gallon to 49.2 cents, and will remain in effect until June 30, 2023. According to AAA, the average price of a gallon of diesel in the state this week was just over $6.

— Statement of Lamont spokesman Max Reiss on state Republican calls for a special legislative session this summer to extend the gas tax suspension to diesel.

“Between the border, inflation and soaring gas prices, CT residents REFUSE to sit back & allow Democrats like Dick Blumenthal continue with their self-inflicted crises. We’re going to WIN a majority in the Senate and fight back to FIX the economy!”

— Tweet from Leora Levy, running for the Republican nomination to challenge Blumenthal. 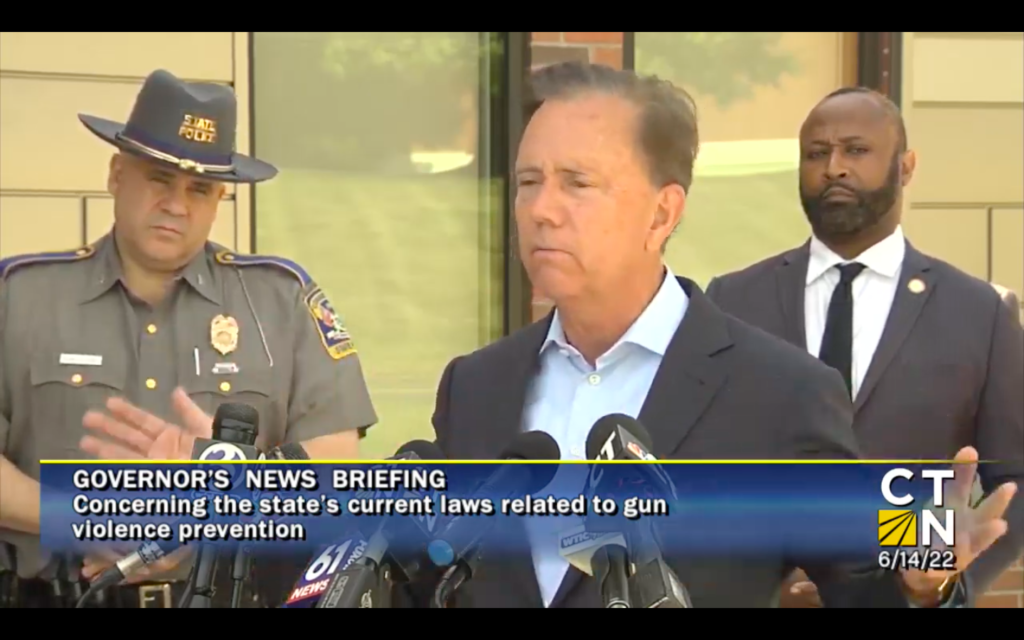 “I encourage every American to watch Day 1 of the House select committee’s hearing on the January 6 attack on the Capitol. As we were reminded last night, our founding fathers knew that Democracy is fragile. Its protection will require active civic engagement from us all.”

“Hartford elites and the media have been willing accomplices for sweeping election issues under the rug and continue to perpetuate the narrative that there has been no wrongdoing. As Secretary of the State, I will lead the fight for common-sense Voter ID laws and no longer allow the insult of accepting a COSTCO card to access Connecticut elections.”

— Statement on the website of Dominic Rapini, the endorsed Republican candidate for Secretary of the State, objecting to the Lamont administration’s plan to create a $150,000 position in the office to combat election misinformation on social media.

“Nearly a decade after the school shooting at Sandy Hook and in the midst of a raging partisan and emotional debate, the assault weapon maintains a foothold, as calls for outlawing ownership hit their lowest level.”

— Quinnipiac University Polling Analyst Tim Malloy statement on the results of a poll this month showing 50 percent of registered voters support a nationwide ban on the sale of assault weapons, while 45 percent oppose it – the lowest level of support for a ban since February 2013 when the question was first asked.

“We want to make sure that the things that are done at a federal level actually bring positive change and not just doing something for the sake of getting something signed.”

“All people in our state deserve clean air, healthy communities, and a thriving environment. These bills are important steps to transition Connecticut to a greener future in a practical, sustainable way.”

“Another thanks to CT Governor Ned Lamont and our environmental champs for passing and signing key climate change legislation. Connecticut is celebrating hard fought wins in transportation and energy as we lead the charge for 100% clean electricity by 2040 and adopt strict emissions standards for trucks and buses!”