HARTFORD – The state will spend up to $875 million over the next five years to spark economic development in 54 communities that it labels as “historically underserved,” Gov. Ned Lamont announced Thursday.

The Community Investment Fund 2030 grants will be reserved for eligible municipalities defined in state law as Public Investment Communities or Alliance Districts.

The funding, estimated at about $175 million per year through bonding – will also be available to non-profit organizations and community development corporations in those cities and towns.

Funding also will be dedicated for financing small business start-ups and loans.

Lamont made the announcement at a news conference outside the Hartford Public Library’s Albany Avenue branch in the city’s north end – one of the areas eligible for the grants that will be distributed at least twice-yearly.

“Our administration is continuing to make historic investments in improving the economic vibrancy of our neighborhoods, with a focus on helping those that have been historically underserved gain access to good-paying jobs and benefits,” Lamont said.

“We hope that these communities will be innovative and forward thinking in their plans, and the business community looks forward to being a partner in building a brighter future for the next generation,” said Ashley Zane, government affairs associate at the Connecticut Business and Industry Association. “This program is what may help our struggling towns and cities rebuild and grow their Main Streets, as well as provide opportunities to small businesses—the backbone of our economy.”

The state Department of Economic and Community Development will administer the program by overseeing the application process and managing awards and reporting requirements.

A 21-member board and the governor’s office will review summaries of applications prepared by DECD and make recommendations to the State Bond Commission as to which projects should be approved.

Projects will receive priority if they implement preferences for hiring local residents and those with disabilities, and if they will leverage non-state funds.

According to the fund’s website, desired projects will “consistently and systematically advance fair, just, and impartial treatment of all individuals, including individuals who belong to underserved and marginalized communities such as Black, Latino and indigenous and native American persons, Asian Americans and Pacific Islanders and other persons of color; members of religious minorities; persons comprising the LGBTQ+ community; persons who live in rural areas; and persons otherwise adversely affected by persistent poverty or inequality.”

The fund’s governing board has a distinct political overlay, and will prioritize projects “with letters of support from General Assembly members,” according to the program’s website.

It will be co-chaired by two Democrats – Speaker of the House Rep. Matthew Ritter of Hartford and Senate leader Martin R. Looney of New Haven. Republicans will be represented by State Sen. Kevin Kelly of Stratford and State Rep. Vincent Candelora of North Branford, leaders of their respective caucuses.

State Sen. Douglas McCrory, D-Hartford, and State Rep. Antonio Felipe, D-Bridgeport, will serve on the board as members of the legislature’s Black and Puerto Rican Caucus.

Lamont’s Chief of Staff, Paul Mounds, also will be on the board.

Other members include the commissioners or representatives of an array of state agencies and elected officials, including the Office of Policy and Management and the departments of Social Services and Housing, as well as the State Comptroller, Treasurer, Attorney General and Secretary of the State. 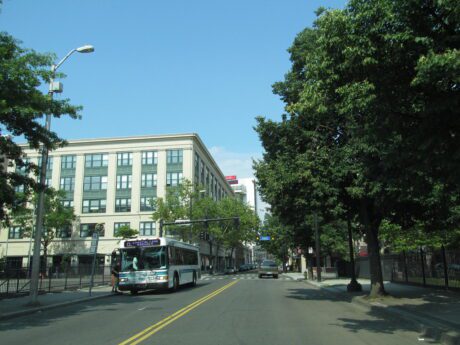 On the Trail: Policing, Reproductive Rights and a Voter Shift in Party Loyalty