WATERFORD — After two years of hearing live, amplified outdoor music coming from Filomena’s Restaurant, a group of neighbors appealed the town’s decision to allow the restaurant another summer of outdoor entertainment, which they said has disturbed the quiet enjoyment of their homes.

But the Zoning Board of Appeals unanimously upheld the permit and denied the appeal that alleged that Jill Stevens, the town zoning enforcement officer, had not followed regulations when she granted the new temporary outdoor entertainment permit to restaurant owner, Michael Buscetto III.

The issue, said Attorney Mark Kepple, who represented the group of neighbors, was the permit was a misinterpretation of Lamont’s 2020 executive order that allowed relaxed rules for outdoor dining. Kepple told the board that the order allowed restaurants that already had outdoor entertainment prior to March 2020 to continue, but did not permit restaurants without outdoor entertainment to begin.

Right after Lamont’s order was signed, restaurant owner Michael Buscetto III began to hire bands to play outdoors in the parking lot in front of Filomena’s, at 262 Boston Post Road.

Kepple said that since 2020 the concerts had been happening illegally, without any zoning permit or approval, and the music was very loud in the surrounding neighborhoods.

“The music created a noise blast zone of such magnitude that neighboring homes in excess of 2000 feet — almost ½ mile — from Filomena’s could retreat to their homes, close all the windows and doors and still hear the lyrics to the music,” Kepple said.

The music lasted from May to November in 2020 and returned in April 2021 with greater frequency and at an even louder volume, said Kepple.

In May 2021, a group of neighbors spoke with Buscetto, explained how the music was affecting them and “simply asked that the volume be turned down.”

Kepple said the neighbors were rebuffed. In 2020 they had complained to the police, who said the town’s noise ordinance, that only governs noise between houses, was unenforceable in this situation. In 2021, the police advised residents to take their complaints to town hall.

The town’s Representative Town Meeting formed a committee to look at the noise ordinance, but has not met, said Kepple.

He told the board that the residents received no response to their complaints.

Cease and desist, followed by a permit

But in 2020 the Planning and Zoning Commission eliminated that restriction and another one that limited who could apply for the permit and how often performances could take place.

“For profit became okay, with the added provision of recurring performances,” which increased performances to 75 within a 180-day window, Kepple said.

The new provisions made it possible for Buscetto to apply for a permit, but he did not do so for another year.

She then issued an abatement order for the restaurant to cease and desist, stating that the town had received complaints about the music noise levels from the restaurant’s outdoor entertainment activities since May 2021.

But in an unexpected move, Buscetto next applied for a Temporary Outdoor Entertainment permit, which Stevens approved on Dec. 16, 2021, effectively canceling the abatement order.

“One week you’re in violation, next week you appeal, the next week you get a permit,” Kepple told the board. “We need consistency and transparency. My clients’ rights were trampled on, threatened and usurped.”

He also showed the board a posting by Buscetto from August 2021 that said Filomena’s was celebrating its 200th free musical act since the pandemic.

Kepple questioned when Stevens discovered that there were 200 concerts taking place and asked why there was no enforcement since Buscetto did not have a permit for two years.

“Enforcement was woefully inadequate,” Kepple said. “ I don’t know how the zoning enforcement officer can not be aware of 200 live concerts occurring in a parking lot.”

He said that when Stevens issued the abatement order, she was responding to ongoing complaints of “over six months, actually a full year.”

Stevens told the board that during the pandemic, there were multiple executive orders, issued at a rapid pace, that enabled outdoor activities.

“Were there outdoor activities occurring at Filomena’s. Yes, he had dining. Were there concerts going on? I wasn’t made aware specifically of those concerts until the fall when we received some complaints,” she said.

When her department looked through Filomena’s previous permits, it was determined that permission for outdoor music had been signed and approved by a previous zoning officer — a decision that Stevens said was binding.

“I can’t turn another zoning official’s order over. I can’t overrule it. At that time, that was a decision that was made – that was November 2020,” she said.

She said at that time her department also believed that the governor’s executive order for outdoor dining allowed outdoor entertainment.

She said her department received an email in Nov. 2020 from Marc Balestracci, now chief of police, who was a lieutenant at the time, asking how to handle some of the complaints that the police department was receiving.

“We reviewed the records that we had because of complaints that we received via the police department and determined that the activity was allowable based on previous officials’ determinations and permits,” she said.

William O’Donnell, who lives on Reynolds Land, said the situation in 2020 and 2021 became “egregious”  with four- to seven-piece bands playing four nights a week or more.

“It was over 230 nights and our health, safety and well-being were impacted,” he said. “It was so loud – we had our windows and doors closed. It became a hostile environment.”

He said that Buscetto said “no” to the neighbors’ requests to turning down the music and put up a “free earplugs” sign.

“That’s not neighborly. We’re trying to understand what he wants to do — we get it — but it was abusive to us in the neighborhood,” he said. “The music is supposed to be acoustic, not amplified, and confined to a 20-foot by 20-foot area. Instead, they have a disc jockey and live bands.”

O’Donnell said he would be fine with “dinner music” but not “night club music and people dancing, hooting and hollering” until nine or ten at night.

“That’s a disruption to our neighborhood, a serious disruption. And I live in Reynolds lane. If you do a GIS map between my house and the restaurant, it’s 1,000 feet,” he said.

He said it was too soon to tell if this year will be different.

William Herzfeld, of Graham St., said he had called the police last year because the music was extremely loud.

“Some will shut their windows and turn the TV up loud, but you shouldn’t have to do that. There’s a right of having a peaceful existence within the town. It may be not be explicit, but it certainly is implicit. And we’re not getting that now.”

Herzfeld, who said he and his family moved to the neighborhood four years ago, said the RTM had referred the noise ordinance to a committee and “by all appearances, that committee is pretty much dragging their feet and doing nothing with it.”

Debra Griffith, of North Road, said she had lived on her property for 42 years. She said she contacted the police, who came out, but they told her that their hands were tied because the noise ordinance was unenforceable.

She said the music reverberated from her front rooms to the back of the house, and that she could hear the vocalist and feel the low frequency of the bass even with the windows down. She wrote a letter to the Planning and Zoning Commission but has not seen any change.

“Why has this languished and continued? I’m required to respect my neighbors and I could not use my yard. Why is this not being addressed?… It’s indefensible… I’m very frustrated, we’re facing another hot summer and our homes and lifestyles are severely compromised.”

Nancy Hennigan, of Reynolds Lane, urged the board to take decisive action.

Chief Balestracci told the board that the town’s noise ordinance is “effectively unenforceable.”

Buscetto said that in the spirit of being neighborly, he’d asked for two nights and a total of six hours a week of music performance, instead of the previous three or four nights with longer hours. He said he had turned the music speakers so that they now face the cemetery, away from Reynolds Lane.

He said that the 200 hours mentioned in his post were of individual performers — including acoustic guitar and piano — and not all were of bands. He also said the neighbors were “borderline culturally insensitive” concerning the types of music he offered.

Buscetto said he would have preferred to hear a tape of the noise level in the neighbors homes to provide evidence of the noise problem.

Board member Anne Darling asked Buscetto if he had ever asked a performer to turn the music down.

“Nobody would come if we blasted the music,” Buscetto said. 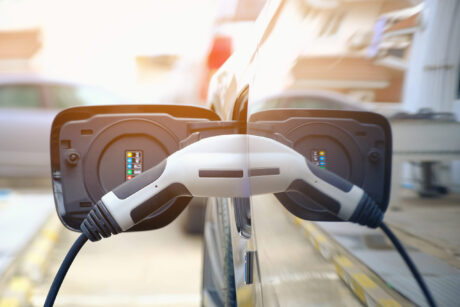