NORTHFORD – From the seeds he plants to the plastic sheeting that covers his rows to the fuel that runs his tractors and delivery trucks, lifelong farmer William Dellacamera has never seen his expenses climb so high, so fast.

And if the prices he gets for his vegetables this summer don’t make up for the growing cost of working his 300 acres, this season could be his last.

Experts say that economic inflation in the U.S. and fallout from the war in Ukraine are combining to create a highly-volatile and complex situation affecting agriculture worldwide that likely will not subside anytime soon.

Ukraine and Russia are among the world’s biggest exporters of grain and fertilizer, and the conflict has resulted in a major disruption in the global supply of both commodities.

The grain shortage has resulted in higher prices for livestock-feed and fertilizer that are  already hitting farmers hard, said Chris Laughton, Director of Knowledge Exchange at Farm Credit East, a major agricultural lender based in Enfield.

Laughton has co-authored an article on the issue that describes how activity at Ukraine’s Black Sea shipping ports has largely ceased since Russia invaded the country in late February, bringing almost all exports of fertilizer and agricultural products from the region to a halt.

“Even if there are willing buyers and sellers for Russian wheat or fertilizer, what shipping companies would be willing to send their vessel into a war zone to pick up the product?” he asks in the article.

In an interview with CT Examiner, Laughton said he recently spoke to a large Connecticut dairy farmer who reported his annual fertilizer bill has more than doubled since 2020 to about $180,000.

“For other farmers, they’re having trouble even getting the specific fertilizers that they want and having to substitute just to get the product,” Laughton said. “I think this is not going to get better any time soon, at least as long as the Ukraine conflict continues, and then it might take a year or longer to get back to ‘normal.’”

“Fertilizer was up before the war in Ukraine broke out, but the war has just exacerbated the issue,” she said.

Although most of his crop of tomatoes, sweet corn, squash, eggplant, potatoes, strawberries, broccoli and cabbage won’t be ready to harvest and sell for weeks, Dellacamera said the prices farmers are getting now in California may not bode well for the East Coast.

“Squash is up, peppers are up, but tomatoes are nowhere near where I’d like them to be,” he said as he scrolled through prices on his cell phone posted by the Boston Terminal Market distribution center. “If these prices hold up we should be able to survive. But if they drop when the East Coast market opens up there could be problems.”

Dellacamera, who took over the farm after the death of owner and well-known farmer Nelson Cecarelli in 2018, said he has tried to mitigate the rise in expenses by creating efficiencies in his operation wherever possible.

For example, he custom-outfitted one of his 40-plus tractors to perform several tasks in one pass of a crop row instead of making repeated passes with a standard machine.

That matters when you use more than 10,000 gallons of gasoline and diesel as Dellacamera does every season.

“It plants the seed, it puts a little bit of fertilizer next to the plant for it to eat and it sprays the herbicide all in one pass,” he said as showed a visitor the elaborately-equipped, green-and-yellow John Deere. “All the fuel I save by not making those extra passes, all the time and labor –  it’s just ridiculous.”

He also had the foresight to buy some necessities – such as 25 acres of plastic row sheeting through which plants are grown – last year before the price skyrocketed.

Dellacamera even cut back on the number of acres of cabbage that he planted this spring because the cost of the sturdy waxed boxes used to ship it had risen to the point that it made the vegetable basically unprofitable.

He also worries about how factors like the high price of gas might affect his customers’ behavior.

His pick-your-own strawberry season is on the doorstep, he said, and “maybe instead of picking two or three quarts the customer is only going to pick a quart. Or maybe they’re not going to come at all. That’s what my fear is – it’ll dampen everybody down.”

State Department of Agriculture Commissioner Bryan P. Hurlburt said the current situation only adds to the disruptions and price hikes in the agricultural supply chain that began when the COVID pandemic hit two years ago.

“These increases, combined with inflated labor, fuel, and electricity costs are challenging in an industry that already has historically slim profit margins,” Hurlburt said in a statement to CT Examiner. “Consumers are encouraged to support their local farmers by purchasing at farmers’ markets, farm stands, or seeking CT Grown products at retail locations. For every dollar spent on a local food product, 75-percent stays in the community.”

“We’re in the global market,” Dellacamera said. “We get paid what the market is bearing – not what it costs to grow. The market doesn’t care about our expenses.”

Dellacamera said that farmers can’t simply pass their higher costs on to their customers because they often have other buying options, such as supermarkets for retail consumers, that import products from all over the world that are often less expensive than those grown locally.

That is especially true for two of his biggest wholesale customers – global food distributor FreshPoint based in Hartford and the Big Y supermarket chain in Connecticut and Massachusetts.

“We’re in the global market,” Dellacamera said. “We get paid what the market is bearing – not what it costs to grow. The market doesn’t care about our expenses.”

And the very nature of raising and selling produce doesn’t leave any room for waiting until the markets settle.

“We have perishable items here – you can’t sit on it,” he said. “You can’t stop a squash plant from producing squash. You have to pick it. So inevitably we’re on the losing end of the stick.”

Whether the situation is being driven by inflation caused by government mismanagement or the war in Ukraine matters little to Dellacamera.

Despite the obstacles in front of him, Dellacamera says he remains optimistic – for now.

“People still have to eat,” he said. “I know farming and that’s what I’m going to keep doing. Hopefully the market prices get elevated a little bit. It won’t make us rich but it would let us survive.” 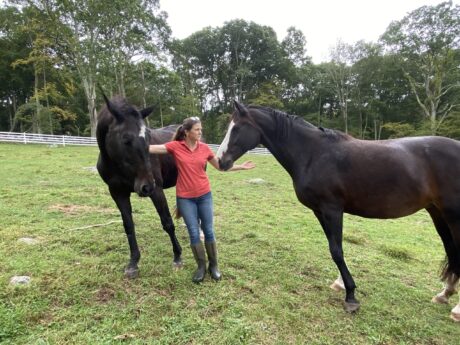 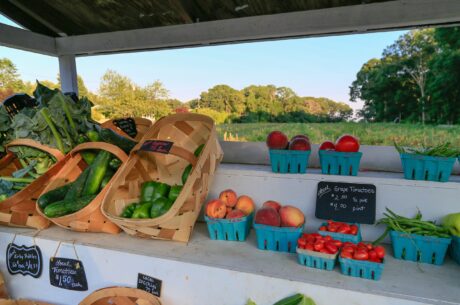