WATERFORD —  In quick order Monday night, Jerry Labriola Jr. accepted the Republican nomination for the 20th district state senate seat held by Sen. Paul Formica since 2015. Labriola will run against Democrat Martha Marx, who is vying for the seat a third time after narrowly losing to Paul Formica in 2018 and 2020.

“These are big shoes to fill, without any question,” Labriola told a crowd of about 40 delegates and several Republican members of the General Assembly. “It’s going to be a tough race. We’re going to all pull together and work hard.”

“I’m running to help people, and to bring a reasonable common sense approach to the issues we face in our district,” Labriola said in a statement to CT Examiner. “My goals are to create a business friendly environment to grow the state’s economy and create jobs, to continue to reduce the heavy tax burden on our taxpayers and to hold the line on spending.”

He acknowledged that he was off to a relatively late start but was undeterred.

“Some of you may say I am a late entrant into this race. Well, you know what –  that’s exactly the case… we have to get this thing wrapped up starting tomorrow. A committee will be filed,” he said. “I don’t think it’s too late if we work hard and we plan to work very hard to be very organized.”

Formica told the attendees that Labriola is a strong candidate but the race against Marx will not be easy.

“She’s got a four year head start. Even though he’s got the experience, the know-how, and the desire to win, it’s going to take each and every one of us — [it will take] hard work to be able to get them over the top to do so. So I stand here ready to do that,” said Formica.

Labriola lives in Old Saybrook and is a partner at Labriola Law Group, specializing in real estate closings. His wife, Barbara Labriola was elected as treasurer of Old Saybrook in 2021. The couple have four daughters and five grandchildren. He is also a member of the pop-rock cover band, The Potentials.

He has served the state Republican party for 14 years in positions as chair, treasurer and state central representative. In 2010, he ran against Democrat Rosa DeLauro for Representative seat in the third congressional district.

He previously served as Naugatuck town attorney and as chair of the Wallingford Board of Assessment Appeals. He was head coach of the Ansonia girls soccer team from 2007 to 2011.

Labriola’s brother, Dave Labriola, R-Oxford, has held the seat of a state representative for the 131st district since 2003. Labriola’s father, Jerry Labriola, was a state senator and a candidate for lieutenant governor in 1982 and governor in 1986. 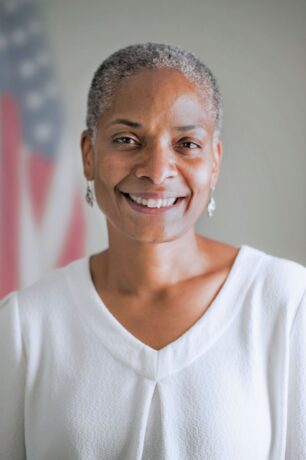 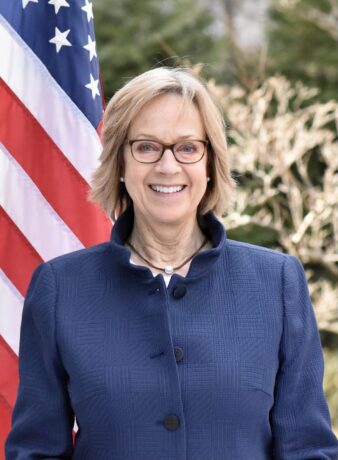 Terrie Wood Makes Her Case for Secretary of the State