OLD LYME — In the town’s draft of its Affordable Housing Plan, the guiding principles include meeting the needs of present and future residents of Old Lyme and preserving the community’s essence and priorities as a small town.

The plan, which is required to be submitted to the state by June 1, “will consider relevant policies and practices, and will comply with statutory requirements, but will not be driven by the 10% exemption threshold for CGS Sec. 8-30g or arbitrary goals,” according to a presentation given by the chair of the Affordable Housing Commission to the Board of Selectmen on May 2.

“It’s data driven, because when we did the math. Even if every house or every dwelling that was developed was affordable, going forward, for the next 400 or 500 units — and that’s what it would take to achieve the 10% — at current development rates that would take the better part of 100 years to do. It’s just not practical,” Michael Fogliano, chair of the commission, told CT Examiner.

“If we use that as a driver for the strategy, it’s probably going to drive us to some decisions that don’t make sense,” he said.

Fogliano said development capacity was an important consideration in the affordable housing plan since less than 20 percent of the town’s 16,000 acres is available due to existing development, environmental constraints and preserved open space.

“When you do that math and you come up with a theoretical space that’s potentially available for new development, most of that is privately owned — so we would have to be at the discretion of the current owner to decide to develop that land,” Fogliano said. “We wanted to take a step beyond supply and demand and bring in the dimension of understanding capacity.”

Infrastructure for water and septic or sewer represent more limitations since sewer will be limited to the shoreline areas but there are restrictions on using Clean Water Funds for new development.

Zoning regulations in more than 80 percent of the town’s land area are limited to single family residential, with only 119 acres — less than 1% of total land — allowing multifamily units, according to the RiverCog’s 2022 Old Lyme Development Capacity Assessment, which the commission commissioned.

Currently accessory dwelling units are allowed as a special use in less dense residential districts. The town is opting out of the 2021 legislation that would allow these units as of right.

One in four Old Lyme households are cost-burdened by housing costs, comprising more than 30 percent of their household income and more than 900 households qualify as low income, according to the commission’s presentation.

In 2021, the town had a net loss of two affordable housing units, bringing the number to 83. The total includes 66 “assisted rentals,” which includes senior housing, 14 CHFA or USDA mortgages and 3 deed-restricted units.

Homes with CHFA or USDA mortgages can fall out of the affordable unit tally if the homes are sold and the new owner does not take out this type of mortgage. In 2021, the town lost six of these mortgages and gained four assisted rentals, for a net loss of two affordable units.

Options for low-income households are few since less than 10 percent of homes in the town are valued at lower than $200,000 and there are few rentals and multifamily units.

The town’s housing stock consists of 70 percent three-or-more bedroom homes and 70 percent of households contain only one or two residents — which is a mismatch for the town’s future demographics, but present a potential for redevelopment to meet the town residents’ needs, Fogliano said.

“Any property that has outlived its usefulness in its current form — because when you when you look at the land and infrastructure constraints —  it’s beautifully efficient to redevelop something that’s already there on its existing footprint, using a substantial amount of the existing materials and the existing infrastructure and repurpose it as affordable,” said Fogliano.

“Set aside”, or 8-30g, developments are challenging because if 30 percent of the units qualify as affordable then 70 percent are market rate, he said.

“That creates three steps forward and seven steps back,” he said. “Progress is slowed and it’s more taxing on limited capacity,” he said.

He said the commission did not see any one solution to the issue, but a combination. He said the RiverCOG has raised the issue to a regional level, suggesting that provisions could be created for towns to collaborate and share resources like infrastructure.

Fogliano emphasized that the commission sees the plan, which is required to be renewed every five years, as a living document and process that is just beginning.

“Again, going back to the notion that we’re not going to be driven to the threshold. The endpoint we’re looking for is to have more homes that people can afford to move into in town. Achieving the numbers is good, but it’s not going to be our primary driver. Meeting the needs of the community is our number one concern,” he said. 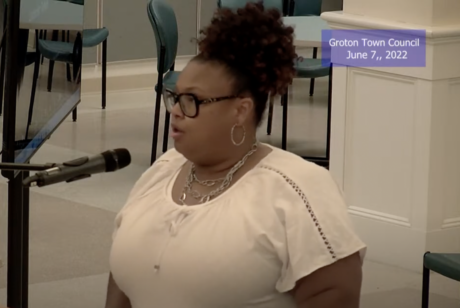