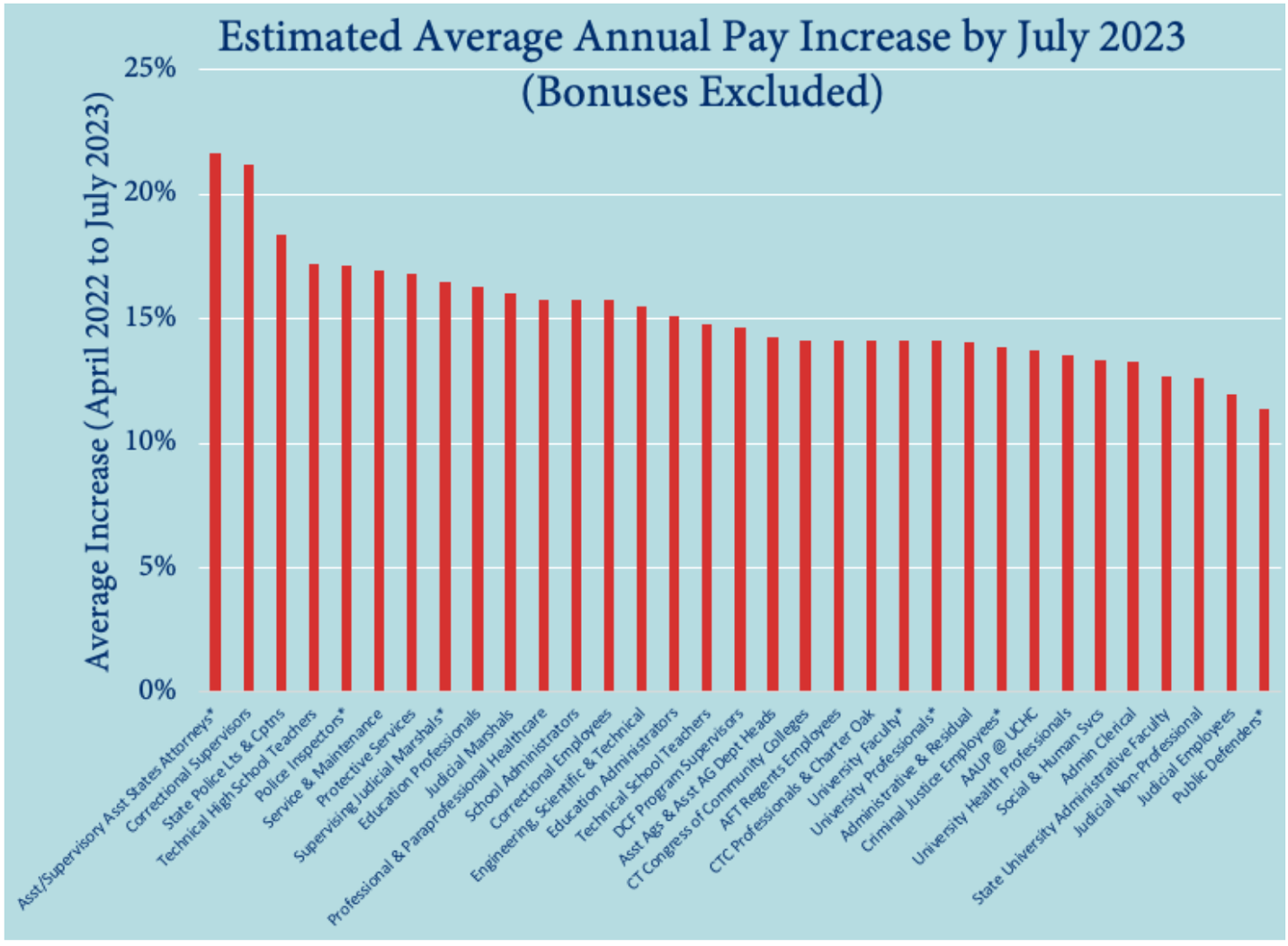 There are undoubtedly many state employees that go above and beyond to serve Connecticut’s residents, several of whom I have had the pleasure to meet. However, there are also many just phoning it in. This week I learned that a bridge replacement project in my town has been held up in a state review by an employee that is holding up projects all over the state. That person can’t be fired and must be moved to a new position before any of these bridge projects can move forward.

When we talk about billions of dollars, it is hard to relate those figures to reality – it just sounds like a lot of money. Let’s put the proposed deal in perspective – the contract covers 46,237 employees. That means that the average state worker will receive $40,227.

For further context, Connecticut state employees make approximately 33% more than comparable private sector workers when we include the value of pensions and fringe benefits.

Connecticut already has the second highest state and local tax burden in America, weighing in at 15.4%, just behind New York at 15.9% and way above third place Hawaii at 14.1%. How much more can our taxpayers take?

The legislature should reject this contract. The bonuses and raises are simply too much, and the bonuses are not designed to prevent the retirement wave Lamont claims to be addressing. Further, there is no provision to permit firing underperforming employees.

For too long our legislature had had its hands tied by contracts stretching many years across gubernatorial and legislative terms. The current proposal is the first since 2017. Elected officials answer to the voters, if they can’t find a way a more sensible labor contract, it’s up to voters to hold our Governor and legislators accountable.

Freedom to Read is Essential for our Democracy

Party Maneuverings in Lyme are Undemocratic, ‘Rob Voters of Choice’

Our Biggest Downfall is Low Turnout