Calling himself a political outsider who will “ruffle a few feathers,” Madison Republican Bob Stefanowski on Wednesday declared his candidacy for the Governor in a possible rematch of the race that he lost to Democrat Ned Lamont in 2018.

“People in Connecticut are not asking for a lot,” Stefanowski said in a long-expected announcement that sets up a potential rematch between the wealthy, self-funded businessmen. “They want to be safe, to trust that state government is being open and accountable, and to be able to afford to live, work, and retire here. Unfortunately, these are not the priorities of the current state leadership, who continue to serve the political insiders more than they do the people they represent.”

State Democrats quickly jumped on the announcement by declaring that Stefanowski’s positions on guns, taxation, and even former President Trump make him “too extreme” to lead Connecticut.

“The contrast is incredibly clear,” said Connecticut Democratic Party Chair Nancy DiNardo. “While Governor Lamont is leading our state out of a global health crisis, fixing our budget, and supporting businesses big and small, Bob Stefanowski has an extreme agenda that would take our state backwards.”

Stefanowski won the 2018 Republican nomination after securing a place on the primary ballot though petitions signed by more than 10,000 registered Republican voters – the first time that strategy had succeeded in state history.

He beat four other candidates, including party-endorsed longtime Danbury Mayor Mark Boughton, who later was tapped by Lamont to run the state’s tax department.

Lamont defeated Stefanowski by a margin of 49% to 46%, or about 44,000 votes. He declared his candidacy for reelection last November.

Lamont campaign manager, Daniel Morrocco, said the Governor would not be issuing a statement Wednesday on Stefanowski’s candidacy.

In comments in CT Examiner, another anticipated Republican challenger, former legislator Themis Klarides, did not specifically address Stefanowski’s announcement, but said she is nearing a decision on her own potential run.

“I am deeply concerned about the direction Connecticut has been heading in under Governor Lamont, and firmly believe that another term of one-party rule will only lead to more of the same failed policies that make us less affordable and less safe,” she said. “I have been traveling our state talking to people about the vision they have for a better Connecticut, and I will be making my decision soon.”

Stefanowski, a former executive at General Electric whose 2018 campaign focused on eliminating the state income tax, said Wednesday that Lamont’s leadership has only made Connecticut more expensive for residents as crime and inflation continue to grow.

“Over the past three years, our state has become less affordable and more dangerous for the good people who live, work, and go to school here,” he said. “We already have some of the highest taxes, utilities, and childcare costs in the country, and runaway inflation is making it even worse. I have the experience, a plan to accomplish it, and as a political outsider, I’m not afraid to ruffle a few feathers if it means making Connecticut stronger, safer and more accountable.”

The Wednesday release from Democratic chair DiNardo included a photo of a smiling Stefanowski standing in front of a wall display of military-style rifles, apparently in a gun shop.

She also referenced the Dec. 14, 2012 shooting deaths of 20 elementary school students and six staff members at Sandy Hook Elementary School in Newtown, which became a national flashpoint over gun violence and regulation.

“He has an ‘A’ rating from the NRA and opposed common-sense legislation passed in the wake of Sandy Hook,” DiNardo said of Stefanowski.

She also referenced Trump’s 2018 endorsement of Stefanowski, who Lamont had dubbed “Trumpanowski” during that campaign.

“When asked to grade Donald Trump as President, he gave him an ‘A’ and called Trump’s endorsement of his candidacy ‘pretty cool,’“ DiNardo said Wednesday.

Stefanowski, who has maintained a fairly active public profile since the election and has regularly criticized Lamont on a variety of issues, said in the release that he has made an “initial investment of $10 million” in his latest campaign.

“I’m running because I fundamentally believe that by working together, we can change Connecticut,” he said. “It’s time for new leaders who will focus on delivering results to the people of Connecticut rather than personal political agendas.”

This story has been updated to include comments by Klarides 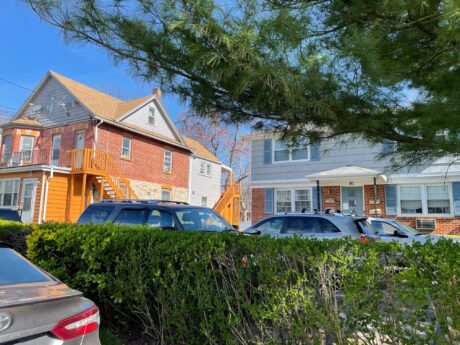