It was going to take an awful lot of work to convert the former second-hand store in a Norwich strip mall into the barbershop that Carlos Ventura had long dreamed of owning.

But after weeks of gutting the storefront and surviving the setback of a burst water pipe, Carlos and his wife Brenda opened Ventura Barbershop earlier this month and couldn’t be happier with the unexpectedly strong business they are doing so far.

“We put in this place everything we’ve got,” said Carlos, originally from the Dominican Republic. “It’s my dream.”

Helping to realize his vision was a $10,000 check from the Norwich Community Development Corporation to recover some of the cost of renovations to bring the shop into city building-code compliance.

The grant was part of $2 million the city received through the massive federal American Rescue Plan to bolster economic recovery from the COVID-19 pandemic.

“This was a perfect example of exactly what we’re trying to do with these dollars,” said Kevin Brown, president and Executive Director of the development corporation.  “They took a dilapidated frontage space and have turned it around into a high-quality barbershop. This has grand list impacts, it has employment impacts and it has social impacts.”

Spreading that kind of on-the-ground success around the state with American Rescue Plan funding is the goal of an initiative by the Connecticut Conference of Municipalities (CCM), to encourage cities and towns to collaborate more to make this sort of economic growth happen.

Some of the funding, such as the check to Ventura Barbershop, has already been allocated.

But CCM says the spending of the rest – especially nearly $700 million distributed to municipalities on a population basis — should be carefully coordinated by the state, municipalities and other organizations to ensure its benefits are accomplished on a regional scale.

Ideas on how to do that are being discussed by the organization’s 25-member Advisory Service Committee, made up of municipal officials, economic development experts, economists, business representatives and non-profit social service organizations.

One of those members is the Lower Connecticut River Valley Regional Council of Governments, representing 17 towns in the area.

Among the extensive laundry list of CCM’s targets for the funding are:

Kimberley Parsons-Whitaker, interim CEO of Connecticut Main Street Center and a member of the CCM advisory committee, said the rescue funds present a “golden opportunity” for local and regional investment by municipalities.

“When communities collaborate with each other on mutually beneficial projects, the impact is powerful and sets the tone for additional regional efforts,” she said.

Committee member and UConn economist Fred Carstensen has for decades called for Connecticut’s 169 towns to look beyond their own borders when trying to save taxpayer dollars.

He said the state’s baked-in history of home rule has often meant “no cooperation between neighbors,” adding that using the federal rescue funding as CCM suggests could “help change that dynamic.”

“Connecticut’s economy is in terrible shape,” Carstensen said. “We need to pursue strategies and initiatives that are going to restore our economic vitality.  Better cooperation between towns would be one constructive step in making this happen.”

“It’s been really busy and we’ve had customers coming in from all over,” she said. “And we’re already looking for more barbers, which is a good thing.” 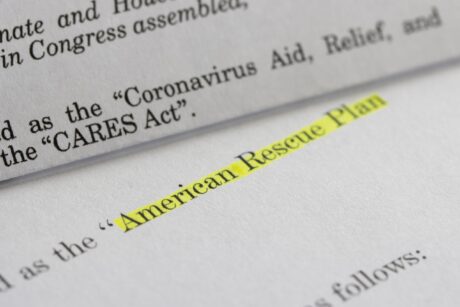