Cities across Connecticut have lagged behind smaller towns when it comes to the percentage of voters who have requested absentee ballots, raising questions about how many of these remaining residents will turn out for the final vote on Tuesday.

In several small Connecticut towns, including Old Lyme, East Lyme, Essex, Lyme and Chester, between 41 and 46 percent of the voters have requested absentee ballots.

In cities the percentage of people requesting absentee ballots is significantly lower.

Bill Giesing, registrar of voters in New London, said that historically the city’s voter turnout tends to be around 50 percent. In the 2016 election, the turnout in New London was 47.5 percent. For comparison, voter turnout for the state of Connecticut was 76 percent.

Giesing said he doesn’t know why the turnout is low, but the absentee ballot numbers are not an anomaly for Connecticut cities. Data shows that in Hartford, Bridgeport and Waterbury, around 20 percent of voters have requested absentee ballots.

A view from the ground

Despite the data, advocates working on the ground say they are seeing higher levels of engagement than ever before.

“The enthusiasm to get out the vote has been much greater than I’ve ever seen,” said Miguel Castro, chair of the Connecticut Hispanic Democratic Caucus.

Castro said they anticipate an increase of about 40 percent in turnout among Latino voters compared to 2016. The vast majority of Latino voters, he said, vote Democratic.

“The turnout is becoming much higher because people are anticipating a changing of the vote,” he said.

Castro said that in 2016 he heard a lot of frustration. People, he said, felt like they were being forced to choose between the lesser of two evils. This year, he said, he thinks the main reason people aren’t voting is due to lack of information about candidates or the voting process, which the caucus is trying to provide.

Jason Ortiz, a campaign manager in New London who is currently working on the campaign of Democratic state senate candidate Martha Marx, said that New London has always had a lower voter turnout than its surrounding towns.

“New London has more folks that need assistance in a lot of ways,” he said.

Ortiz said a lot of these issues stem from a lack of information. New London, he said, has a lot of people in senior housing who don’t have access to the internet. He said his campaign has been reaching out to people via digital media, cell phone, and phone calls.

Jonathan Ayala, the City Clerk of New London, said he thinks that ultimately, the turnout in New London will be about the same as in 2016. He does believe, however, that the absentee ballot option has gotten more people to vote under the circumstances.

“I think the convenience of it was probably an attractive factor,” he said.

Last weekend, the New London City Hall held extra hours, and about 200 people came to get absentee ballots. Giesing said that since mid-October, 319 additional people have registered to vote.

Oritz said that this election feels different to him — there is, if not more enthusiasm for voting, then at least more determination.

According to Ortiz, the public may be suffering somewhat from election fatigue, but fewer people have told him that they weren’t going to vote or that their vote doesn’t matter. He also said he’s seen less interest in voting for third party candidates.

Ortiz said he thinks many New Londoners will opt to come out to the polls on election day rather than request absentee ballots.

Derell Wilson, president of the Democratic Town Council in Norwich, predicts that the same will happen in Norwich.

“I think there’s a high number of people who still feel comfortable voting in person,” he said.

In 2016, the final voter turnout in Norwich was about 58 percent.

According to Rob Dempsky, chair of the Republican Town Committee, the relatively low participation may in part be a matter of the nearby naval base and casinos. The area has a large number of inactive voters — more than Manchester, Meriden or East Hartford, despite its smaller size.

Linguistic barriers can also present a challenge in an area where over 25 languages are spoken.

Wilson said that his organization has people who speak Spanish, several dialects of Chinese, Laotian and Haitian Creole to help the people with language barriers understand the voting process.

According to Wilson, another challenge in the past has been transportation. Wilson said that many people in Norwich live far from their polling places. He said that the town’s democratic town committee arranges rides to get people to the polls. Mayor Peter Nystrom said that the city also provides free busing to the polls.

Dianne Slobak, Registrar of Voters in Norwich, said that she had seen a huge increase in registered voters this year, even more than in 2016 or 2012. Slobak said that while she was receiving large numbers of absentee ballots every day, she was also getting questions about when the polls would be open on election day.

Both Nystrom and Wilson said they expected voter turnout to be higher than usual this year.

“This is an important election for a lot of people,” said Wilson. “There’s a lot at stake.” 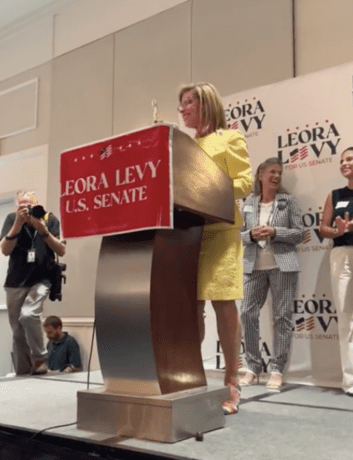 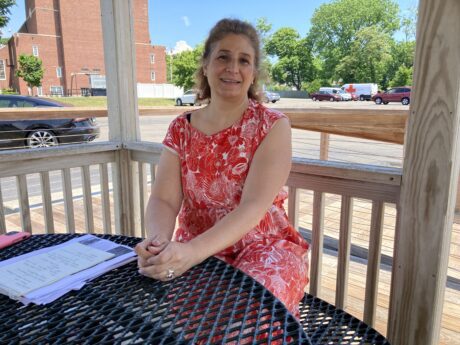 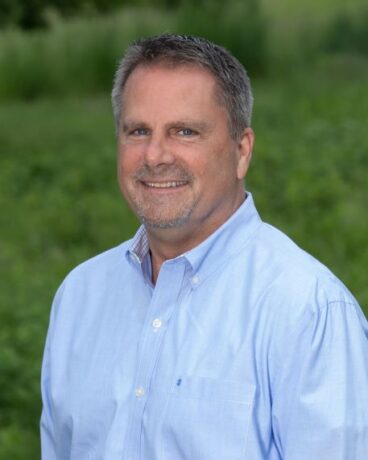