Connecticut’s minimum wage is set to increase from $11 to $12 per hour on September 1.

The change is the result of a 2019 bill which increases the minimum wage by $1 per hour every 11 months until it reaches $15 per hour. September 1 will mark the second increase of five. The next increase is scheduled for August 1, 2021, when the minimum wage will increase to $13 per hour.

Advocates say that this wage increase is critical for minimum wage workers who are struggling to pay their living expenses.

The unexpected and nearly unprecedented loss of revenue due to efforts to slow the spread of COVID-19, however, means that this wage increase also poses an significant additional challenge for many struggling local business owners.

The bill includes a provision allowing the commissioner of the Connecticut Department of Labor to recommend to the governor a temporary suspension of the minimum wage increases after two consecutive quarters of negative growth in the state’s real GDP. The governor can then recommend the suspension of the wage increases to the Connecticut General Assembly.

In the first quarter, Connecticut’s GDP decreased 4.6 percent. Although official numbers have not yet been released for the second quarter of 2020, a Bureau of Economic Analysis estimates that the real GDP decreased 31.7 percent nationwide, potentially qualifying the wage hike for a pause.

In a statement provided by the Office of the Governor, however, Gov. Ned Lamont confirmed that he intends to go ahead with the minimum wage increase as planned.

“An increase in wages scheduled for the coming weeks will provide additional support to so many of our front-line and essential workers who have been showing up for work every day throughout this pandemic,” the statement reads.

State Sen. Paul Formica, R-East Lyme, who owns Flanders Fish Market in East Lyme, said he was concerned about the effect that the minimum wage increase would have on businesses that are struggling to stay afloat. Formica also expressed concern that the wage increase would ultimately reduce the number the of jobs, saying that he would prefer a more gradual increase in the minimum wage.

He also said that an additional federal unemployment package might stop some workers from returning to work. Even with the minimum wage increase, the workers would receive more in unemployment than they would make employed, according to Formica.

Tony Sheridan, president and CEO of the Chamber of Commerce of Eastern Connecticut, said that workers with children might have a difficult time returning to work anyway if schools and daycare do not fully reopen.

Sheridan said that he had hoped the governor would carefully consider the possibility of suspending the minimum wage increase. Many of the businesses that are members of the chamber, he said, have been “devastated” by the effects of the pandemic.

“[If] you’re barely making it and you have to pay your workers, with no prospect of increased business, another dollar an hour. Yes, of course it’ll hurt them,” said Sheridan.

Scott Dolch, executive director of the Connecticut Restaurant Association, also expressed concern that any additional cost that might make it more difficult for restaurants to get back on their feet.

According to Dolch, the association had 8,511 members before the pandemic. He said that he knows for certain about 100 of these businesses have closed their doors, and he suspects actual number is much higher.

With winter coming, Dolch said that he is afraid the end of seasonal outdoor dining will make it even harder for restaurants to stay in business, and might prompt a layoff of workers.

Dolch said he hopes that the federal government will approve another round of payments for small business owners, and that he is also trying to convince the state government to consider offering tax credits and small business grants funded through CARES money.

Ellen Cummings, owner of Flavours of Life, a fair-trade store in New London, said that she supports increasing the minimum wage to $15 per hour, but she also acknowledged that it is a difficult time for business owners like herself to take on that extra cost.

“As a small business owner, I’m struggling,” she said. “Shoppers have not come back. My revenue has gone down.”

Cummings said that she would support a temporary moratorium on the wage increase, believing that it could help some businesses stay open. Although the extra cash might help workers, said Cummings, it won’t help much if the workers lose their jobs.

Mike Buscetto, owner of Filomena’s Cafe in Waterford, sees it differently. “I think that if people work, and work hard, they should be paid for it,” he said. He believes that if businesses can’t afford the minimum wage hike, then “we just have to be smarter about our business model.”

“I truly believe people need to live a quality life,” he said. He views suspending the minimum wage increase as “delaying the inevitable.”

State Rep. Christine Palm, D-Chester, said that increasing wages for minimum-wage workers is beneficial for local business owners as well. “Minimum wage workers recycle their income back into the local economy,” she said. “They don’t ship it offshore … in shell companies, they don’t invest it in big hedge funds. They turn around and they spend it locally, and that is a business stimulus.”

Palm, one of the bill’s initial sponsors, echoed the statement released by Gov. Lamont, saying an increase in minimum wage could be critical for the employees in hospitals and grocery stores who worked throughout the pandemic.

“It doesn’t make any sense to praise essential workers and have all these public displays of gratitude … but then not be willing to pay them a living wage,” she said. “My feeling is, if you really believe that they are heroic, you need to pay them.”

Martha Marx, a Democratic candidate running to unseat Formica, said that increasing the minimum wage in Connecticut has already taken too long.

“Forty [more] dollars per week — that is a lot of money to a lot of people,” she said. “Enough with the excuses. Why is it always the poor people who have to suffer?”

The current federal minimum wage is $7.25. With this increase, Connecticut joins 8 other states, California, Oregon, Washington, Arizona, Colorado, Maine, Massachusetts and New York, as well as Washington D.C., that have minimum wages at or above $12 per hour. 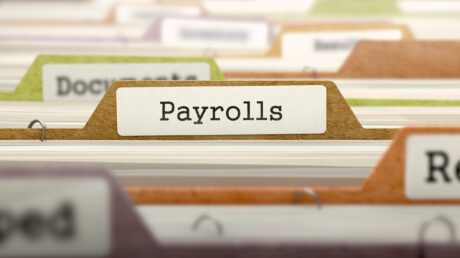 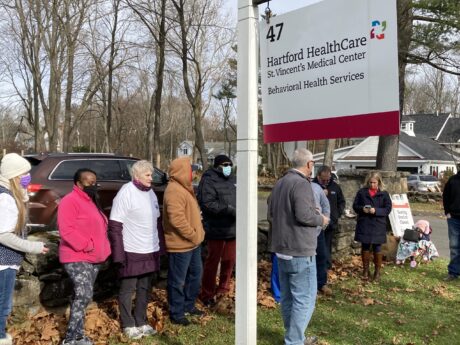