Domestic violence agencies in southeast Connecticut are worried about a shortage of funds as they continue to face the daily challenges brought on by the pandemic.

According to data provided by the Connecticut Coalition Against Domestic Violence total communication between shelter staff and victims statewide increased seven percent from last year — although this number includes an increase in check-ins with clients, as well as victims calling the shelter.

Verano said that Safe Futures saw a marked increase in calls from victims — she estimates that calls to her organization increased by about 25 percent.

Verano said that Safe Future’s biggest increase in expense has been for hotel beds. While the shelter has 15 beds, Verano said, they could normally house 20 to 25 people if families doubled up. Social distancing measures meant this was no longer an option.

The pandemic also made it impossible for the group to transport people in need to partner shelters in other parts of the state which might have had more space, she said. Guidelines for social distancing meant that the agency had to place them in hotel rooms instead.

Safe Futures is not the only agency placing more clients in hotels during the pandemic. “Hotelling has skyrocketed,” said Liza Andrews, director of public policy and communications at the coalition. Although the number of people seeking residential services decreased by four percent compared to last year, according to data provided by the coalition, hotel usage has increased by eight percent statewide.

Denetra McBride, executive director of New Horizons, a domestic violence shelter in Middletown serving Middlesex County, said that her organization also experienced a huge increase in expenses when they had to place people in hotels and Airbnbs.

Other COVID-related costs include PPE, hand sanitizer, thermometers and masks. Safe Futures created plexi-glass “barn doors” that staff could sit behind while talking with clients.

“We literally had prosecutors and other people going out and collecting cleaning donations for us,” said Verano.

The agencies also made an effort to reduce the number of trips that clients made outside of the shelter, in order to lower the risk of exposure to the virus. New Horizons began having food delivered. They did daily temperature checks with staff and clients, and they reduced the number of staff present in the building.

The economic strain hit not only the shelters, but also their clients. With the governor’s rent moratorium set to expire, said McBride, clients are calling the agency, worried about being evicted. One client was told she had to leave by the end of the month. Some of her clients have lost their jobs, and not everyone has reliable internet, making it difficult for children who are expected to do online schooling. Verano also said that even for clients who kept their jobs, lack of childcare has made it difficult for them to continue working. Yet returning to in-person school is also worrisome, because of the chance that one of the children could be exposed to the virus and return with it to shelter.

Donations from the community have been a lifeline for both Safe Futures and New Horizons according to staffers. Restaurants  have cooked and donated meals. Others have donated crafting and educational supplies to keep the kids entertained while their mothers worked. McBride said that New Horizons, which partners with the Community Health Center in Middletown, used some of the funding it received to help make sure its clients were able to access various technologies.

But the directors say they are still worried about making ends meet.

Fundraising events like golf tournaments, 5k walks and community breakfasts are impossible during a pandemic, and the general economic downturn means that private citizens and businesses have had less discretionary funds.

“[If] you own certain businesses that can’t operate anymore, or are operating at maybe a 35 to 45 percent capacity, how are you going to give back to the community?” she asked. “You have to focus on yourself and your family.”

Verano said that she is also concerned about what Governor Lamont’s proposal of 10 percent budget cuts could mean for Safe Futures and for the agencies who partner with her.

State Rep. Holly Cheeseman, R-East Lyme, has announced that she is attempting to put legislation increasing funding for domestic violence shelters on the agenda for the special session.

Cheeseman said that her short-term goal is to obtain $250,000 in order to help domestic violence shelters offset the cost of hotel bills. But she said that she considers that the minimum.

“We have the funds,” she said. “Money is fungible and this is a real need. Money spent now to save these lives … .saves thousands, if not millions, down the road.”

Cheeseman said that ideally the state would be able to provide domestic violence agencies with an additional $1 million, taken either from the $554 million left over from last year’s budget or from portions of the coronavirus relief fund that have not been allocated to other agencies.

State Rep. Christine Palm, D-Chester, said that while she “admires Cheeseman’s impulse,” she believes legislation in the special session would complicate the proceedings. At least for now, Palm said, using the federal money from the CARES Act — about $450,000 for Connecticut Coalition Against Domestic Violence and its 18 member organizations — would be a better alternative than using state funds.

According to Palm, there might be potential for a package in January that would increase funds for domestic violence agencies. “Covid is not going away anytime soon,” she said.

She said, however, that non-profit agencies, which already suffer from so much financial strain, should not be part of the governor’s proposed 10 percent budget cuts.

“I think this is the first place to protect, or the last place to cut,” she said.

State Sen. Paul Formica, R-East Lyme, who helped Safe Futures find hotel rooms to house their clients during the pandemic, said that  it might be difficult to get the legislation passed in a special session, especially given the large deficit that the state is projected to face this year.

Although she would like to get the funding through legislation, Cheeseman said that she’s willing to go through any channel.

McBride of New Horizons agrees that the organization will need continued support in the coming months. She said that any cuts to the funding that allows the shelter to house people in hotels, or to support them while they are living outside of shelter, would be “devastating,” since social distancing still needs to be maintained.

“I don’t foresee us being at capacity with the shelter safely anytime soon,” said McBride. “We’re not out of the woods yet with the pandemic.” 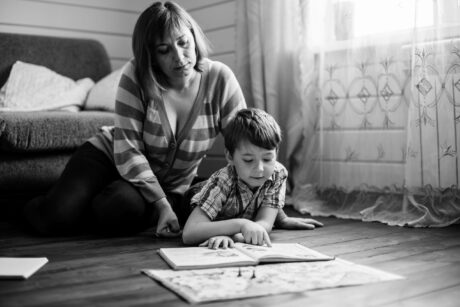 Jump in Domestic Violence Across Connecticut tied to Challenges of COVID