The union representing Connecticut State Police officers filed a lawsuit in federal court on Tuesday asking that two provisions in a wide-ranging police accountability bill passed last month to be declared unconstitutional because they violate agreements in the union contract approved by the legislature last year.

“When the contract expressly states, and the employer agrees to it, and the legislature approves it, no one should be claiming they didn’t know about it,” said Connecticut State Union Executive Director Andrew Matthews said. “They approved it, and they should never strip it away from you. They can come to the table and negotiate it away.

The Connecticut State Police Union asked for declarative relief from the U.S. District Court of Connecticut because the police accountability law the legislature approved in special session last month nullifies provisions of their collective bargaining agreement that limit when trooper personnel records can be released to the public.

“We are reviewing the complaint and will respond in court,” said Elizabeth Benton, spokesperson for the office of Attorney General William Tong in response to questions from CT Examiner.

Under the new law, disciplinary records and misconduct allegations can be released to the public, even when an internal affairs investigation has determined that the allegations were unsustained, when an officer has been exonerated or the allegation unfounded.

That would eliminate a new provision to the collective bargaining agreement approved by the legislature last year which exempts internal affairs investigations disposed as “exonerated, unfounded or not sustained” from public disclosure.

The union claims that under the new law, the State will also violate a provision of the collective bargaining agreement that gives troopers the right to object to a freedom of information request if it would constitute an invasion of privacy.

The union claims those provisions violate Article 1 of the U.S. Constitution because they impair contractual rights set in the collective bargaining agreement.

Matthews said that the language providing troopers with the opportunity to object to an information request has been included in their contract since 2004, and has been approved by the legislature in six collective bargaining agreements.

However, in testimony on March 6, the Connecticut Freedom of Information Commission wrote to lawmakers to say that the body had received complaints that the Department of Emergency Services and Public Protection was interpreting the provisions “very broadly” and denying requests for troopers’ personnel files and internal affairs investigation reports.

The commission expressed concern that provisions exempting records disclosures are not proper subjects of a collective bargaining agreement.

“The public’s right to access public records and meetings should not be contracted away by collective bargaining agreements and arbitration awards. Rather, such decisions should only be made after robust debate, deliberation, and enactment of statute.”

Collective bargaining agreements and arbitration awards can supersede the Freedom of Information Act, and have for state corrections employees and state university professors, the commission wrote.

A collective bargaining agreement for Connecticut state university professors included a provision that the contents of personnel files are private unless compelled by a court. The commission ruled in 2007 that the provision prevented the disclosure of records of fourteen professors at Southern Connecticut State University.

In 2009, the commission ruled that the Connecticut Department of Corrections didn’t have to provide a requested copy of “all names and charges and dispositions of criminal cases against Connecticut Department of Correction administrators, staff, and employees dating from January 2005 through the present.” The commission ruled that an arbitration award for the union of corrections staff exempted personnel files from disclosure when requested by an inmate or someone on behalf of an inmate.

The Police Accountability law is specifically written to apply to the current police union contract, stating that no collective bargaining agreement or arbitration award entered into “before, on or after” the law takes effect can prohibit disclosure of disciplinary actions.

If the provisions in the police accountability bill only applied to future collective bargaining agreements instead of the agreement the legislature approved last year, the union would not have sued in federal court alleging a constitutional violation, said Matthews.

Matthews said that the union had filed that grievance in March 2020 after it discovered that the Department of Emergency Services and Public Protection had created a procedure soon after the legislature approved the collective bargaining agreement in May 2019 that removed a trooper’s right to object to a release.

The contested provisions in the new law are similar to a bill that lawmakers were considering in March before ending the session abruptly due to the outbreak of COVID-19, except that bill wouldn’t have applied retroactively.

Matthews said that the union believes that the provision stripping a trooper’s right to object was in the police accountability bill because Commissioner James Rovela has an “agenda” to strip state police officers of their rights under their contract, because there was already an ongoing dispute about the issue.

“Come to the table and negotiate with us, that’s what collective bargaining is,” Matthews said. “And for every other union in the state, you may not think it affects you, but it’s a dangerous precedent to set, because you’re next.” 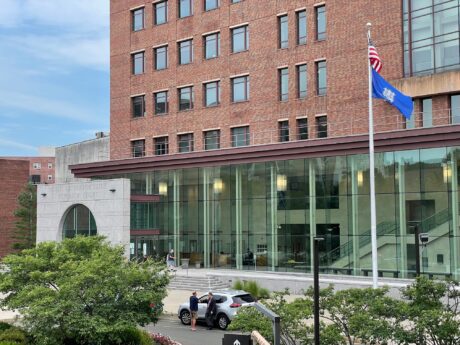 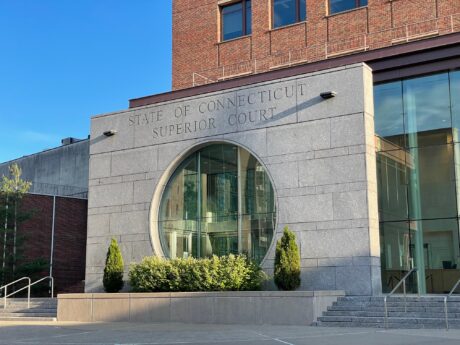