There is a swimming advisory at Sound View beach in Old Lyme, after Ledge Light Health District found elevated bacteria levels, according to the town.

Ledge Light re-sampled the beach on Wednesday and will have results in the next two days, according to the Town of Old Lyme Facebook post. The post stated that no other beaches are affected.

There is also a swimming advisory at Rocky Neck State Park in Old Lyme, after the state Department of Energy and Environmental Protection found elevated levels of enterococcal organisms in a test Monday.

Ledge Light also found elevated levels of enterococcal organisms and closed Giant’s Neck Jetty in East Lyme, next to Rocky Neck. Giant’s Neck was closed for swimming last week, then opened after a retest showed bacterial levels had dropped, and closed again after another test this week, according to Ledge Light Sanitarian Danielle Holmes.

“The tidal wetland area can significantly affect the water quality. When the tide comes in and floods the wetland area, it takes whatever back out with it,” she said. “That area is also its own little nook, and areas with lower turnover can take longer to flush out.”

Enterococcus is considered an indicator bacteria, which is used to predict a danger of waterborne illness by detecting potential contamination from human or animal feces, according to DEEP environmental analyst Ansel Aarrestad.

The department also tested Hammonasset Beach State Park on Monday. That test did not show elevated levels of bacteria and the park remains open.

Ledge Light tests water weekly during the summer at beaches in East Lyme, Groton, Ledyard, New London, Old Lyme, Stonington, and Waterford. It started sampling on May 20 this year, and conducts weekly tests from Memorial Day to Labor Day.

Advisory levels are set by the state: 104 colonies of enterococcal organisms per 100 ml of marine water. Last year, there were 43 marine beaches in Connecticut with at least one test above that level, and a total of 97 out of 1882 tests registered above that level, according to the Department of Public Health’s annual beach grant report.

Holmes said the results at Sound View beach showed 120 colonies in the 100 ml sample. Ledge Light also tested Miami and Old Colony beaches, which did not meet the threshold for an advisory.

Ledge Light determined a swimming advisory was more appropriate at Sound View than a closure because bacterial levels were not significantly above the threshold and results at surrounding beaches were good, she said.

If Ledge Light tests a beach and the levels exceed state guidelines, the health district re-tests the water to confirm. If two tests show elevated levels, an advisory is issued, according to the Ledge Light website. The advisory is lifted when follow-up tests show enterococcal levels returned to acceptable levels.

“We want to eliminate the possibility of a false positive on the first test,” Holmes said. “Sometimes that’s the issue with a grab sample, you can get something that interrupts the actual representation of water quality.” 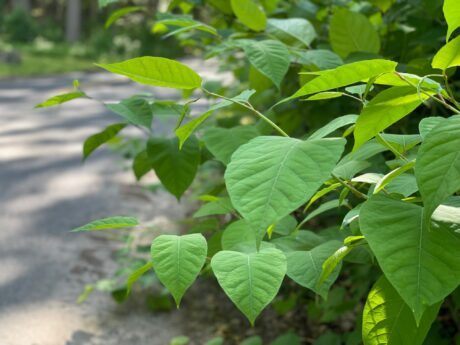