After four years of falling milk prices, 2020 was predicted as a rebound year for the dairy industry. Instead COVID-19 disrupted the supply chain, resulting in even lower prices that jeopardized an already unsteady economy for Connecticut dairy farmers.

“We had to cut back. We have 1500 milk cows and we’ve had to stop milking some early and we’ve had to market some … We’re down 200 animals, unfortunately that still hasn’t got us down to the base that was set,” said Paul Miller, co-owner of Fairvue Farm in Woodstock.

“This is something that will hopefully help make up the losses we’re incurring at the present time. This is going to be a real blessing. Maybe it won’t make us whole but will help us get there,” said Miller, who started the farm at age 16 with five cows. The farm is a member of the Agri-Mark cooperative, which produces Cabot and McCadam cheeses.

The application window for the program opens on May 26. It was first announced by USDA Secretary Sonny Perdue on April 17 and was authorized by Congress through the Coronavirus Aid, Relief, and Economic Security Act, known as CARES.

The program “will provide vital financial assistance to producers of agricultural commodities who have suffered a five-percent-or-greater price decline or who had losses due to market supply chain disruptions due to COVID-19 and face additional significant market costs. Eligible commodities include: non-specialty crops, wool, livestock, dairy, and specialty crops (fruits, vegetables, nuts, beans, and mushrooms),” according to  a May 22 release from the office of Bryan Hurlburt, the State Commissioner of Agriculture.

“I will suggest that every dairy farmer will apply in Connecticut,” said Benjamin Freund of Freund’s Farm, Inc. in East Canaan, on May 22. “I cannot imagine that there’s a single producer that wouldn’t apply.”

Freund, 64, said the dairy market shifted and collapsed in March and April. While dairy producers were restricted by a cap for production, slaughterhouses also shut down for several weeks, which decreased two revenue streams.

“We lost the capacity to sell cull animals, there was no place to go with them. So, I said, we can’t sell the milk and we can’t sell the cows. Now we still can’t sell the milk because we’re under that restriction, but at least the slaughterhouses have reopened so we can ship some animals,” said Freund, whose farm milks 300 cows, producing nearly one million gallons of milk annually.

The program has a cap of $250,000 per farm and will be administered through the Farm Service Agency, said Hurlburt. Earlier in the spring, farmers had little success with the federal Paycheck Protection Program and were not qualified for the Economic Injury Disaster Loan program.

“This is a much better program, much easier to access. Many Connecticut farmers have relationships with the Farm Service Agency — they know the programs, they know the farmers,” said Hurlburt.

Payments to farmers could be “in a couple of weeks,” with 80 percent of the total eligible amount paid first and the remaining 20 percent later this summer, said Hurlburt.

“This basically addresses the catastrophic fall in prices, not just for dairy but for agricultural products across the board — speciality crops, row crops, livestock, etc.,” said Congressman Joe Courtney, by phone on May 20. “It’s a good help in terms of making up these losses, which are catastrophic.”

The potential $250,000 will help, but may not be enough to cover the farm’s precipitous loss of income, especially following years of low milk prices, said Freund, whose father started the farm in 1949.

“I did an analysis for us and I would say about 20 to 25 percent of the hole will get filled with this program. It’s not going to do a complete job,” he said. “It’s a significant help, but in a year that was predicted to be the year —after four horrible years in dairy — this was the fifth year  this was the one where we were going to climb back up out of the hole and start to make some headway with the bank. And, maybe if you’re on the other side of debt, even do some capital investment and all that disappeared in two weeks.”

“You take $5, that’s a lot of money, that’s 25 percent. We operate on very very thin margins, that 25 percent wasn’t built in there,” he said. “There will be less loss, it’s not like we got back to a positive place.” The true test is to look out on the horizon and see how many farms are just saying that’s enough, I’m not doing it anymore. That will be the true way of evaluating how effective the programs were.”

Miller said the price of milk dropped 40 percent between January and April, creating a ruinous financial gap that $250,000 would only begin to fill. “This program may not make us whole but it will help us get there,” he said.

Freund and Miller’s responses are consistent with milk producers around the country, whose reactions to the program have been “lukewarm,” said Courtney.

“People feel this is still not going to be enough to cover the huge losses that they’re looking at and it’s for a limited period of time,” Courtney said. “There is very widespread agreement that the Ag center is going to need more.”

A second round of direct payments could come from the Heroes Act, a $3 trillion dollar economic aid bill that was passed by the House of Representatives on May 21 but has not been approved by the U.S. Senate.

Aquaculture, nursery, and cut flowers were considered to be “potentially eligible” for the Coronavirus Food Assistance Program. The USDA will collect data from these sectors via surveys for future consideration, said Hurlburt.

The disruption in the agricultural marketplace is an opportunity to refocus and restructure processes and procedures, said Hurlburt.

“Can we do more value-added processing, more light processing? Can we do some aggregation across farms so I can purchase my grocery list through Connecticut farmers?” he said. “There are some nice opportunities here because people are paying attention to where their food comes from.”

The average age of a Connecticut farmer is 58 years old — near retirement age — and younger people need to see farming as a successful business model that can make money and provide for a family, said Hurlburt.

“The driving factor has to be that customers will pay market rate and I think we’re going to see more customers being there,” he said. “Consumers are really interested in local food right now and a lot of product is being grown in Connecticut. These are small businesses that employ people and contribute to the economy.”

For additional CFAP details, including eligibility, application process, and payment calculator, as well as locations of the nearest FSA office, visit https://www.farmers.gov/cfap. 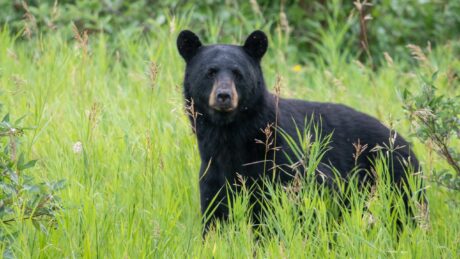