This year Elizabeth’s son started at a special school for children with dyslexia after years of fighting to have his disability acknowledged by the local education agency. The local school district, however, is not helping to pay his outplacement tuition.

“The school district denied all of our requests for appropriate practice, trained expertise and service time in August and then in the same meeting denied our resulting outplacement request. They denied the outplacement and then denied our request for mediation,” said Elizabeth, who asked to remain anonymous due to the ongoing discussions regarding her son’s individualized education plan (IEP). “The school district then sent an IEP document on September 9th from that August 21st meeting that suddenly offered some of the help (a trained consultant) that we were denied in the meeting.”

Elizabeth said she and her husband plan on filing a due process request to have their son’s IEP determined in court, but in the meantime are responsible for paying their son’s tuition and legal fees.

Of the 77,000 students with disabilities in Connecticut, about 700 of them – or 1 percent – are sent to mediation or a hearing between their family and their local school district, according to the Connecticut State Department of Education. These students, like Elizabeth’s son, tend to be the ones with highest need and often require an outplacement at a specialized school, according to John Flanders, the executive director of the Connecticut Parent Advocacy Center.

While a transcript of the hearing is publicly available, and the result will be documented in the child’s Individualized Education Plan (IEP), an agreement reached by mediation is confidential and not part of the IEP according to federal regulations, said Peter Yazbak, spokesperson for the State Department of Education.

“Many parents are wary of discussing outplacement as they have had to negotiate settlement agreements with their district and cannot, based on the terms of the agreement reveal the terms,” said Jackie Staddon, the executive director of Special Education Connecticut, a nonprofit that assists parents in navigating the individualized education plan process. “My children are now grown up, both were outplaced and even though I did not sign an agreement, I did not want to draw attention to my situation in case it raised questions and jeopardized their place at the school. Outplacements are expensive and politics with both a small p and big P play into it.”

The families that choose to go to mediation, instead of all the way to a court hearing, give up their rights not only to speak about the decision that was reached through a non-disclosure agreement, but also jeopardize their ability to fight for a better deal in the future. Unlike an IEP, which gives families and students the right to those services until they graduate high school, a mediated agreement normally has a defined duration of about three to four years.

“Mediation takes away your ‘stay put’ right,” said Jeff Forte, a lawyer at Forte Law Group who specializes in children with special needs. The stay put right guarantees family’s the option to keep their child in whatever outplacement or school district the child was placed in by the agreed up IEP or hearing. “Mediation when a child is young would be the equivalent of going through a messy divorce with child custody. Every few years you have to start and go through the process all over again, and this time around it’s harder because now you don’t have any FAPE violations.”

FAPE is what every child with a disability is guaranteed under federal law: a free appropriate public education.

For a family with a child in high school, mediation can make a lot of sense because it is less expensive for the parents and will last for the rest of the child’s time in school, but for a child in elementary school it can be detrimental to their stability.

“It does have a chilling effect. A parent cannot discuss it openly because it would be a violation of the agreement,” Forte said.

During mediation, families have to determine what they are willing to give up.

“You’re not getting a full victory, but where can the district and family find common ground. You have to determine what you may be willing to contribute or not contribute to a preferred placement of your choice. Often what is sacrificed is transportation which can be just as expensive as the outplacement itself,” Forte said. “It’s a discussion about your child in the sense of financial terms. It’s very, very hard.”

The mediation process, however, is far less expensive for both the family and the school district than a hearing that could last multiple days and requires witnesses, discovery and hearing officers. In Elizabeth’s case, they are prepared to pay the cost for a due process hearing for their son’s outplacement. Many families, however, can not afford that option and

“Most times, rather than going to a resolution session, both sides agree to a mediation to hammer out a deal with a state appointed mediator,” Flanders said. “But it would be easier if families didn’t have to. It would be easier to reach a solution if agreements that were reached were public.”

Districts prefer mediation, Flanders said, but not necessarily because of the money.

“It’s not as much the money, as it is the option,” Flanders said. “The school doesn’t want that to be common knowledge because then the next kid with autism will ask for that.” 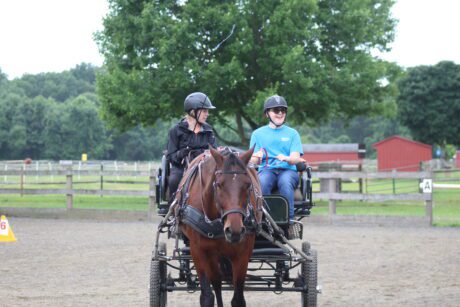