Old Lyme — After crunching numbers for at least a year and a half, facing a deadline for a state and federal grant, the Old Lyme Water Pollution Control Authority (WPCA) voted on Tuesday night to approve a method of charging Sound View Beach property owners for the $7.44 million cost of a community sewerage project.

The authority’s approval moves the proposal one step closer to a bond referendum, now scheduled for August 14. Public information sessions about the project and the referendum will be held at the Lyme-Old Lyme middle school on June 29 from 9 to 11 a.m. and July 16 from 7 to 9 p.m.

“You will never make everyone happy. This is an impossible task. It has to be as equitable as possible,” said authority member Steven Cinami, who made the motion to approve the $15,000 base formula. “What you have to think about is that every single house is going to have the benefit of the sewer. Whether it’s 500 square feet or 3,000 square feet, each house gets the benefit.”

The new formula will charge Sound View Beach property owners a base price of $15,000 that will increase depending on the square footage of each building. Other costs include a connection fee, a betterment assessment fee, and a yearly $430 base user fee that will increase according to an Equivalent Dwelling Unit formula. Property owners will have the option to pay the base cost all at once or over 20 years at 2 percent interest.

With about 238 houses, the Sound View Beach Association could have paid about $30,000 per property to cover the sewerage costs, but members of the authority said that they wanted to find a more equitable formula.

“You will never make everyone happy. This is an impossible task. It has to be as equitable as possible,” said authority member Steven Cinami, who made the motion to approve the $15,000 base formula. “What you have to think about is that every single house is going to have the benefit of the sewer. Whether it’s 500 square feet or 3,000 square feet, each house gets the benefit.”

The previous formula, known as option four, was based on the assessed value of each building. In this scenario, a lower value property could have the same or higher sewage flow as a property with a higher assessed value.

“The problem with option four is it’s not connected to volume, it’s connected to value,” said Richard Prendergast, chair of the Water Pollution Control Authority.

The plan is to install gravity-fed sewers in Hartford Avenue, Swan Avenue, Portland Avenue, “Miscellaneous Area B,” a contiguous area north of Route 156.

Three other beach associations — Miami Beach, Old Colony Beach and Old Lyme Shore — each with their own WPCAs, are also working on installing sewers and have drafted Intermunicipal Agreements (IMAs) with adjacent towns and the treatment facility in New London.

The town would like to collaborate with the other beach associations on cost-saving measures such as a shared pump station and as well as IMA agreements, said Prendergast.

“We’d save an incredible amount of money if we go with the cost-sharing agreement and because they’ll be able to help us with these IMAs with these other towns,” he said.

During the public comment, Rob Breen of Sound View Beach said a portion of the cost of the project should be shared among the entire community instead of paid solely by the property owners who receive sewers, as the bond is currently structured.

“People are aware that other shoreline communities that have dealt with sewerage issues — I’m talking about Groton, and Stonington and Saybrook — that in these communities the actual construction costs of putting the sewer lines in the street have been shared to some extent across the entire community,” he said, adding that the entire town pays for public education because it is “a good thing for everyone in the community to contribute to.”

“Matters of public health and safety are also of benefit to the entire community and ought to be shared across an entire community,” he said. “A particular point of view among my neighbors is that the right thing for the town to do, as far as the support that Sound View property owners have given to town-wide projects, is to reciprocate to some extent and to share across the town the cost of putting sewer lines into the three streets in Sound View Beach as it will be a benefit to the town in terms of public health and safety.”

The state cited the town in January 2016 for a “public nuisance” violation of community wastewater pollution from the beach communities. Since 2012, the town has been eligible for a 25 percent grant from state and federal Clean Water Funds but could lose eligibility if it does not act this summer, according to First Selectwoman Bonnie Reemsnyder.

Both the Board of Selectmen and the Board of Finance must pass resolutions to give authorization to the WPCA to bond for the project, said Reemsnyder.

“It’s also noteworthy that all three members of the Board of Selectmen are in agreement that this should be a referendum and not just a town meeting and it will be an all-day vote,” she said.

The WPCA will make its presentation to the Board of Finance on June 18.

If voters approve the bond referendum on August 14, then design work will begin in 2020, followed by construction from 2020 through 2023. 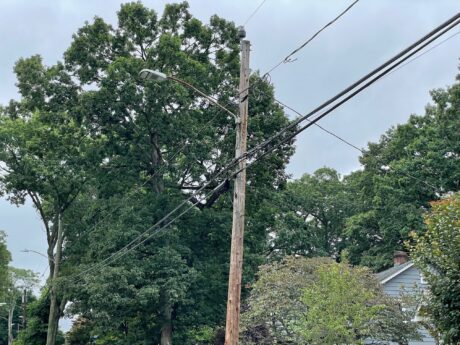 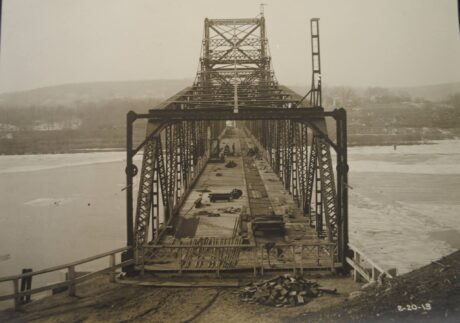 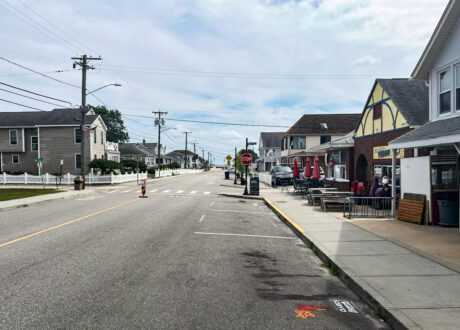